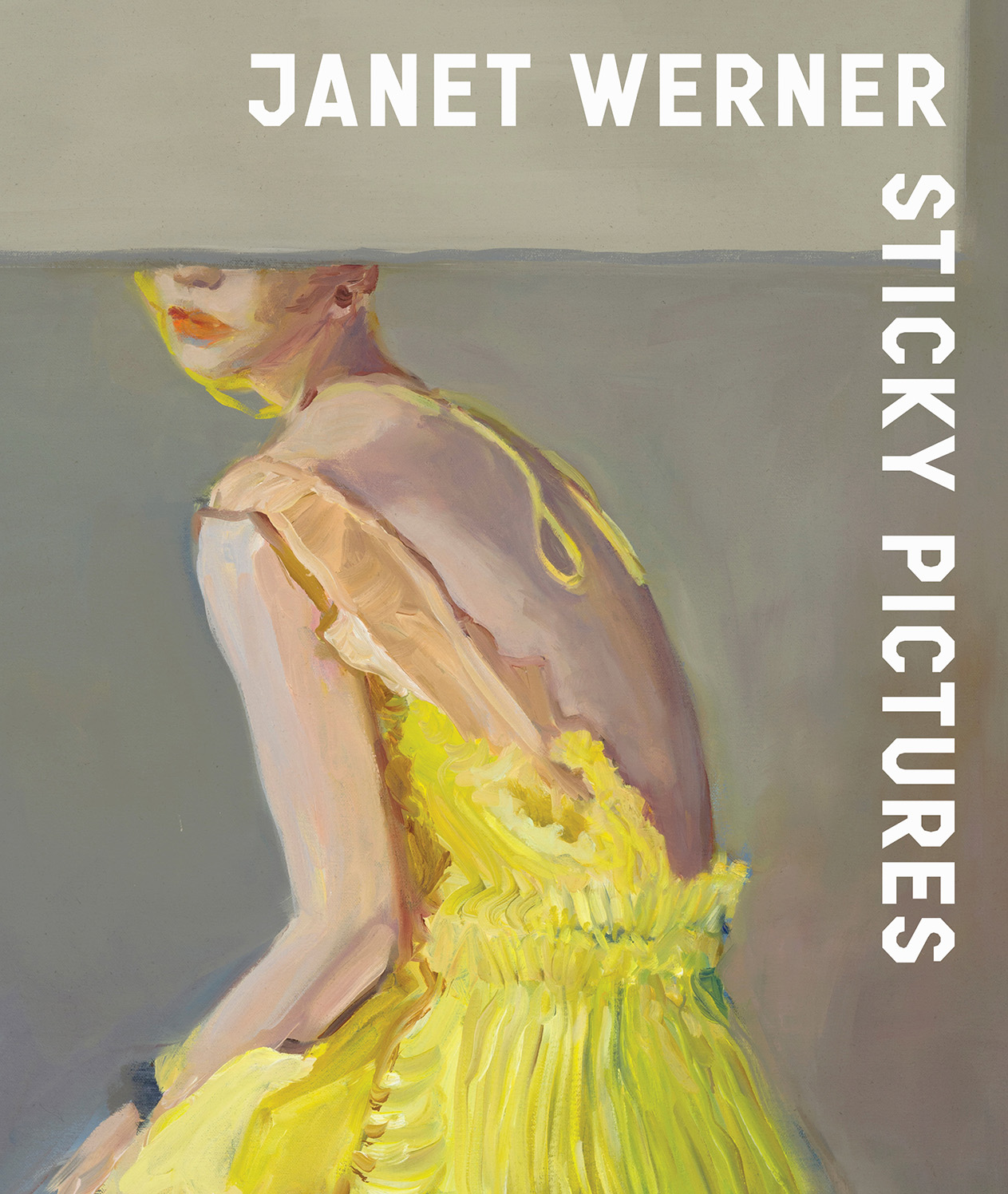 “Since the beginning, the act of “staring” has guided the work of Montreal-based painter Janet Werner. It is a mesmerization that goes both ways. Figures stare out while we, her audience, stare in, equally transfixed. The spell of Werner’s complex paintings is to be found not only within the seduction that painting alone offers, but in the artist’s embrace of art history itself.” 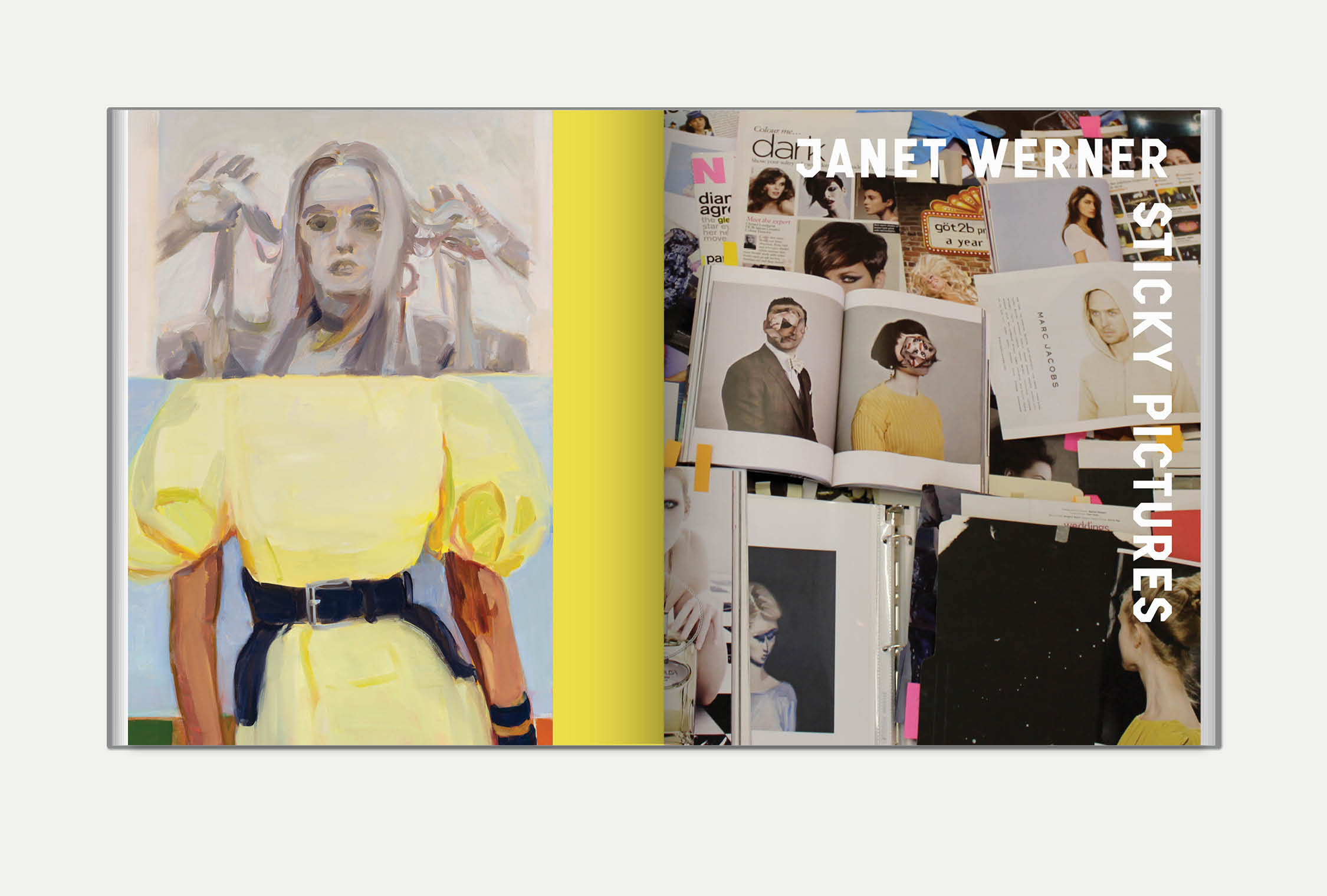 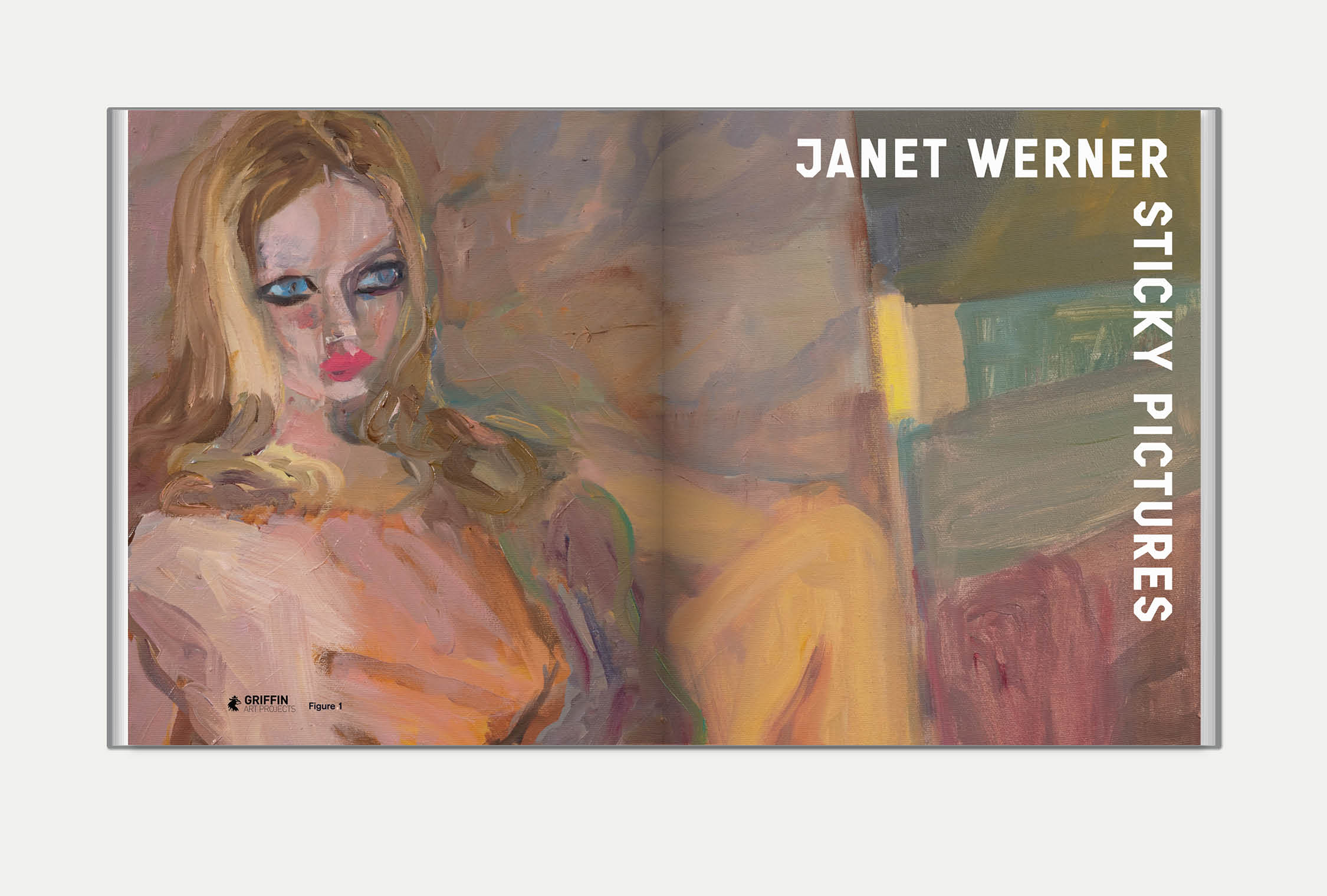 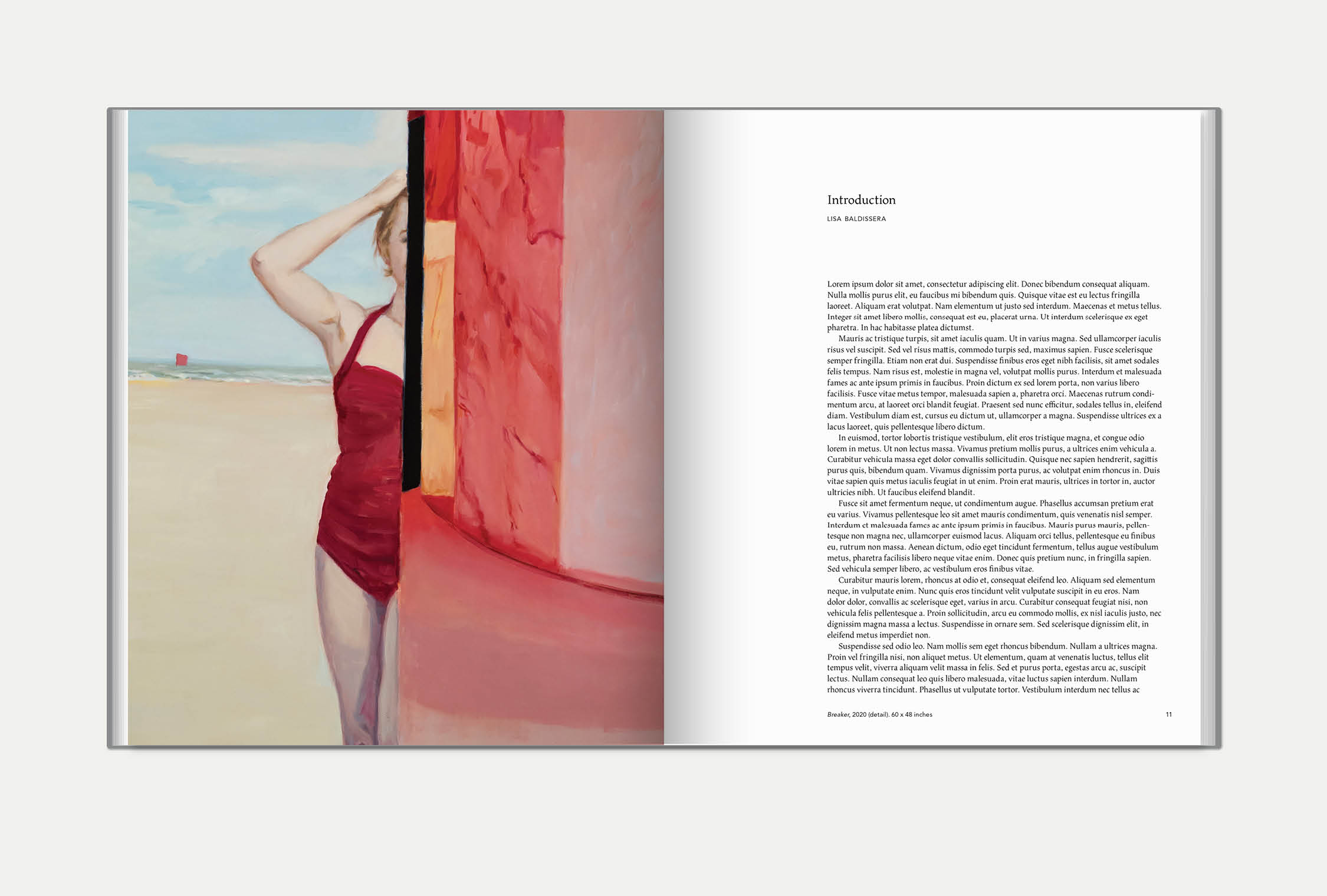 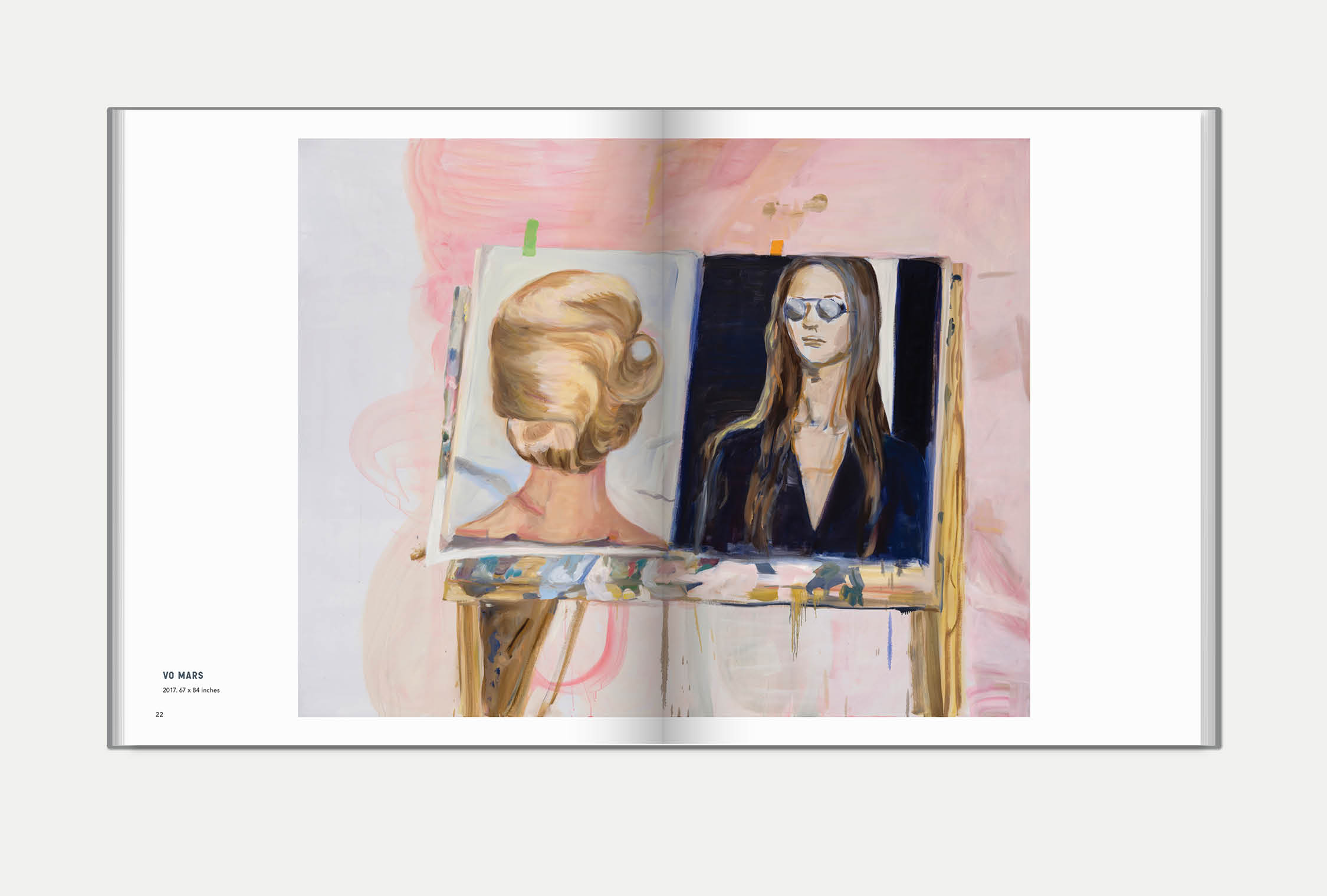 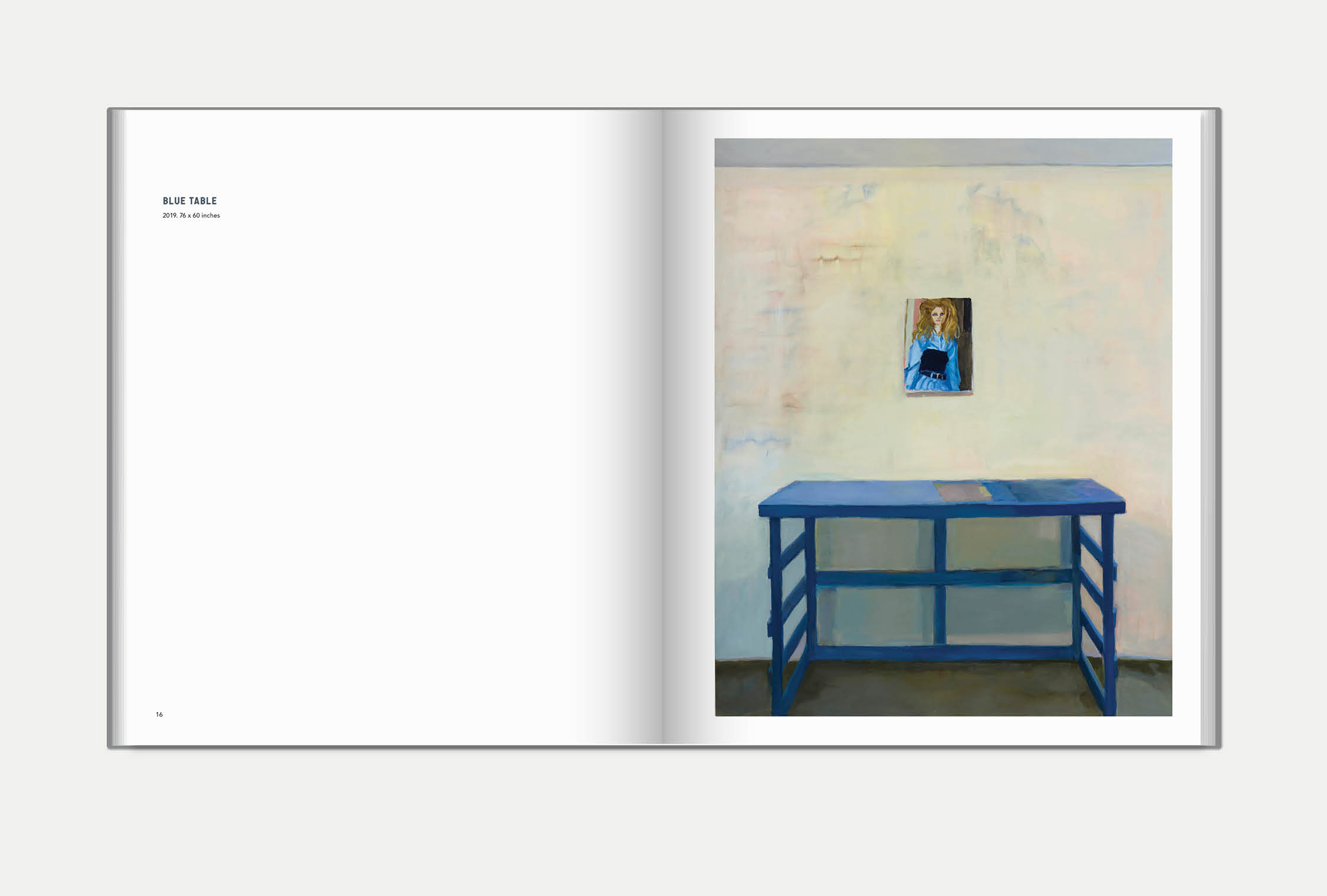 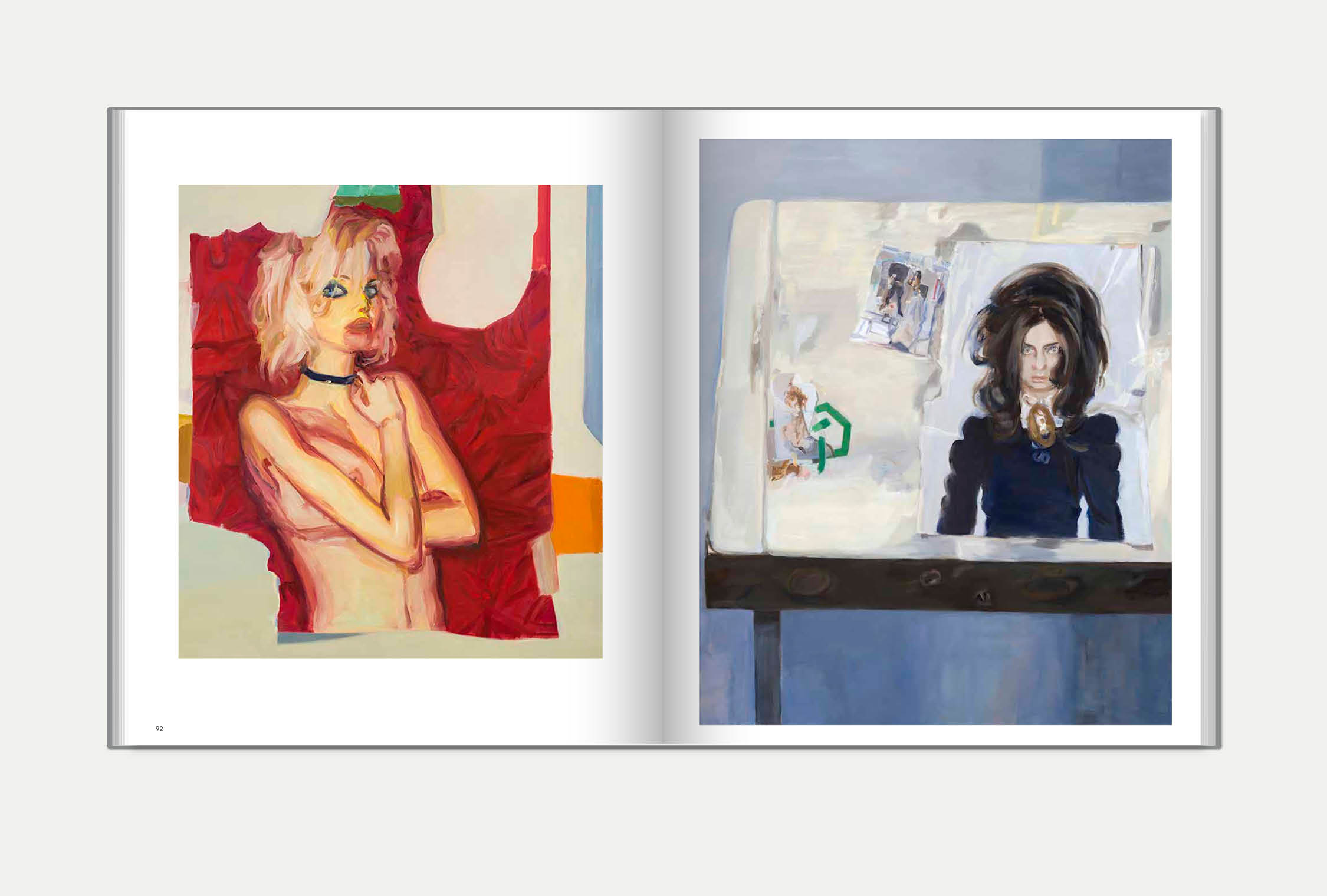 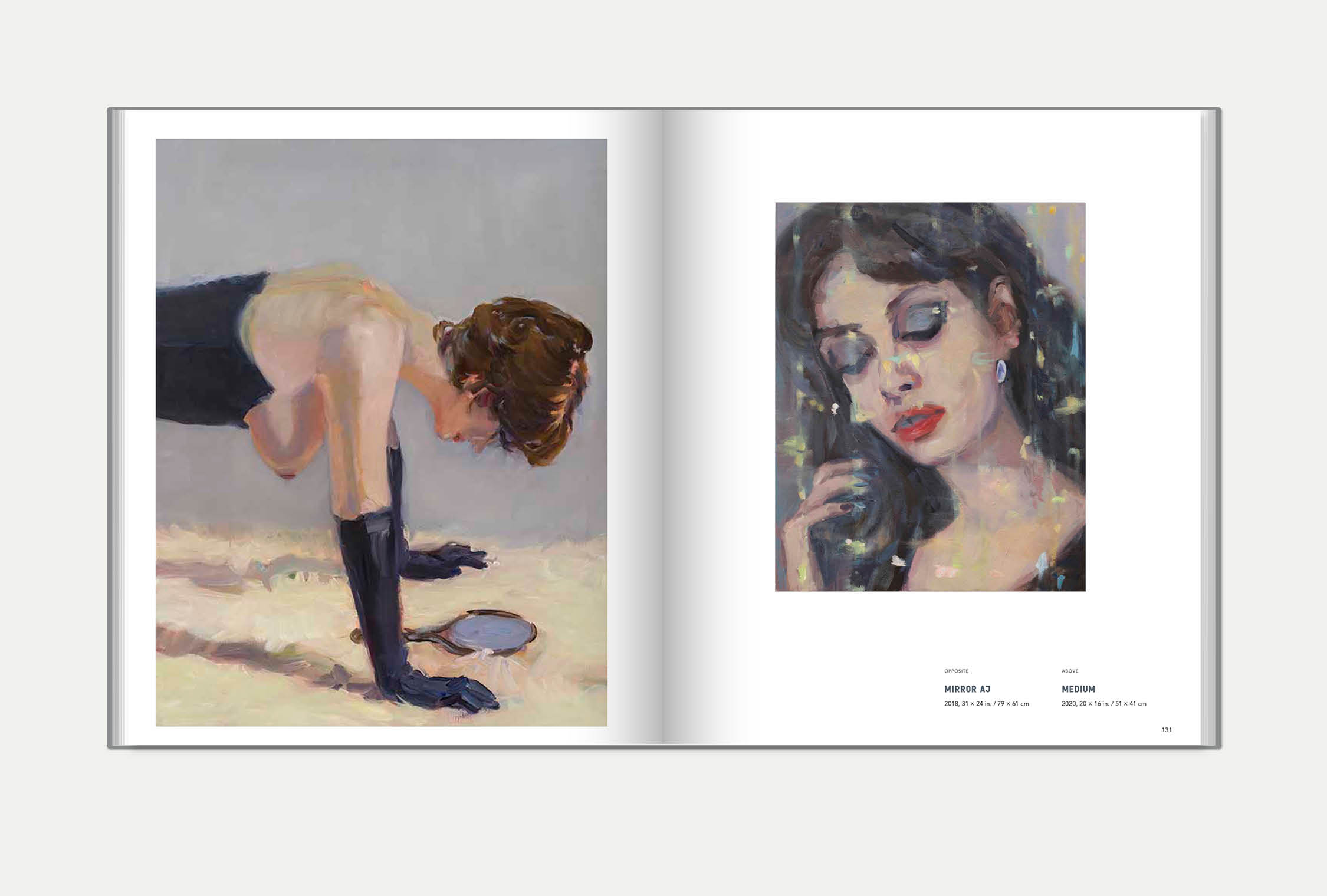 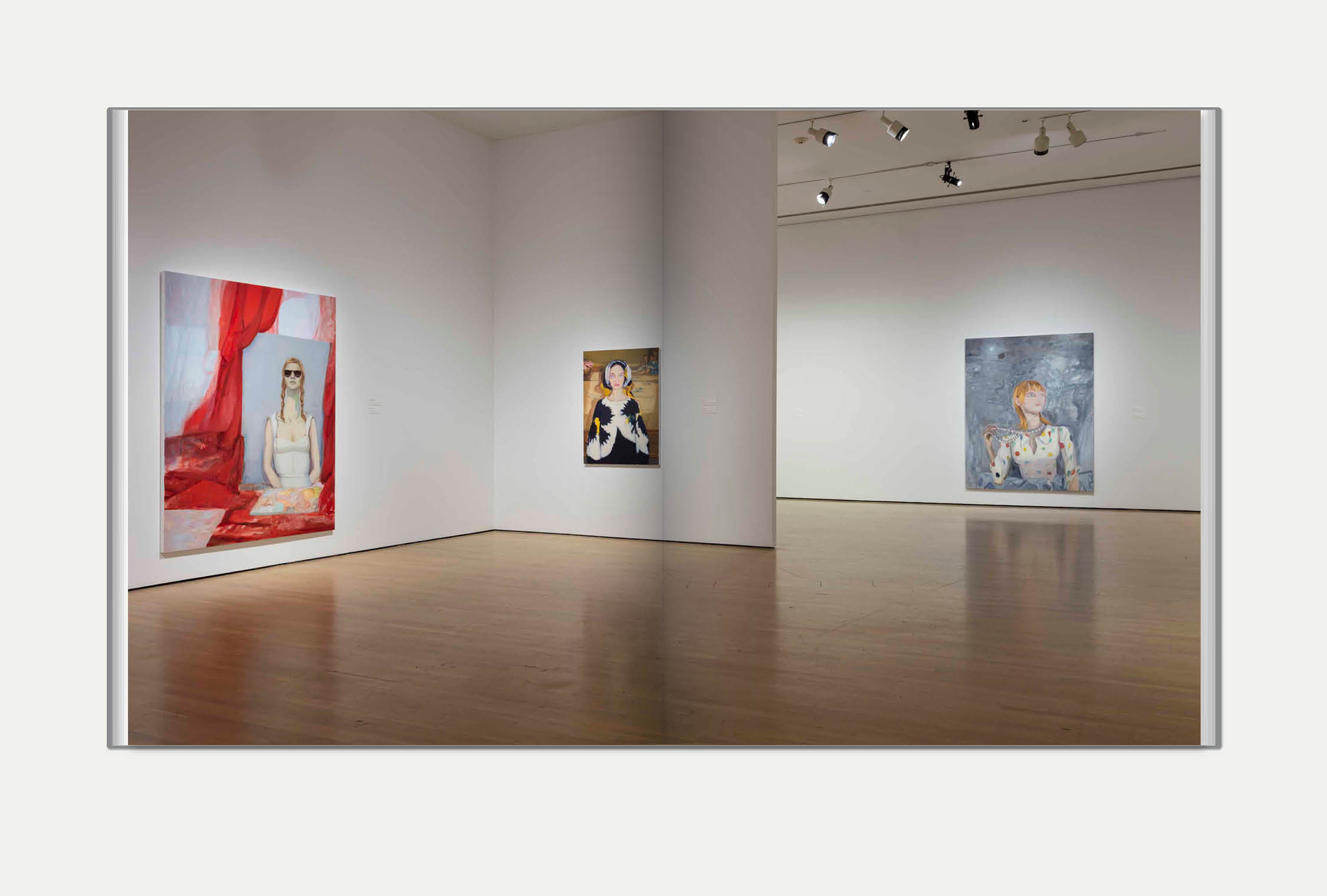 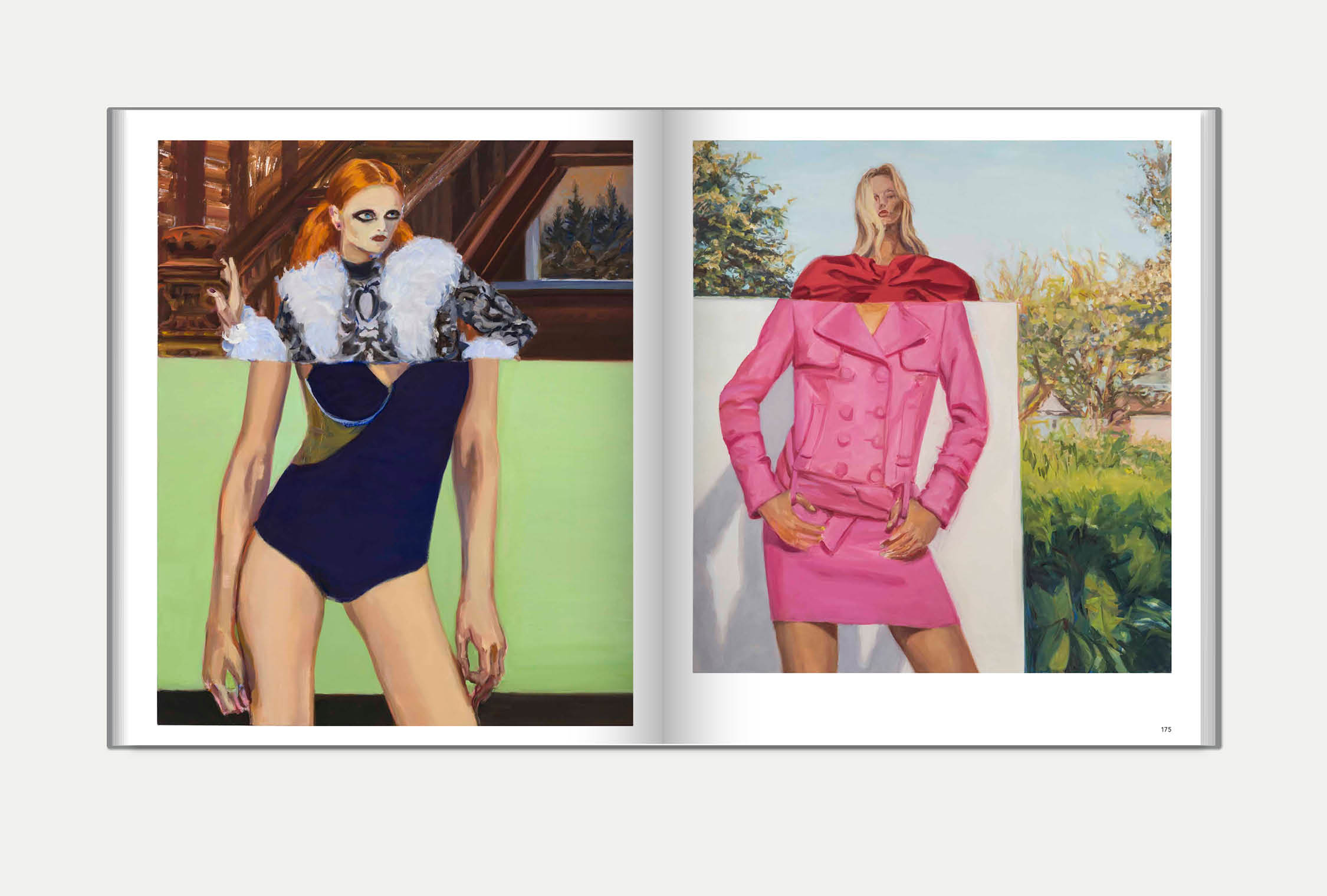 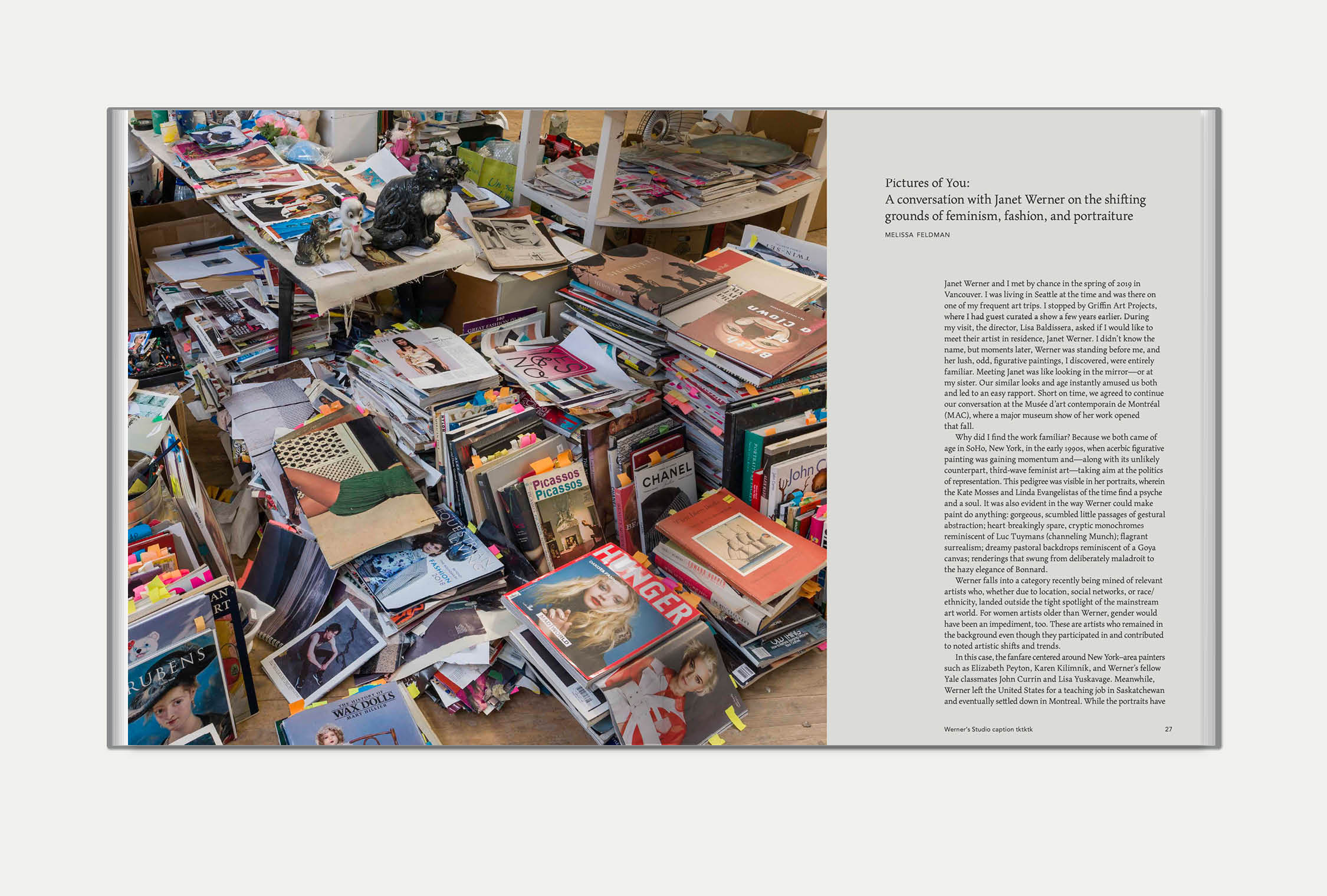 Sticky Pictures examines and celebrates the evolving work of Montreal-based artist Janet Werner. In her paintings, Werner builds a constellation of spatial and figurative explorations drawn from fashion magazines and art history to create collage-like composite figures that slip easily between articulations of beauty, gender, psychology and emotion. Werner’s painterly operations are both unsettling and seductive, revealing the conditions of perception and looking as passageways to understanding the intensity of the world at hand. Werner’s unique combination of abstraction, fictional portraiture, and the rich history of painting are explored in Sticky Pictures through texts by art and media historians, as well as an interview with the artist.

Janet Werner’s work has been featured in international solo exhibitions from New York to Los Angeles and as far away as Cape Town. Her work was included in the Prague Biennale in 2003 and is featured in the collections of the Musée national des beaux-arts du Québec, Musée d’art contemporain in Montreal, The Art Gallery of Ontario in Toronto, Winnipeg Art Gallery, the Canadian Embassy in Berlin, the University of Lethbridge, Owens Art Gallery in Sackville, the Mendel Art Gallery in Saskatoon, Dunlop Art Gallery in Regina, McEvoy Foundation for the Arts in San Francisco, and numerous private and corporate collections. Werner lives and works in Montreal.

François LeTourneux is a curator at the Musée d’art contemporain de Montréal. He has curated solo exhibitions devoted to the artists Etienne Zack (2010), Jon Pylypchuk (2011), Lynne Cohen (2013-2015) and Janet Werner (2019-2020), in addition to co-curating the Quebec Triennial (2011), Zoo (2012), Rafael Lozano-Hemmer: Unstable Presence (2018, in collaboration with SFMOMA) and La machine qui enseignait des airs aux oiseaux (2020-2021). As part of his public programs mandate, he also organizes the annual Max and Iris Stern International Symposium. François LeTourneux holds a Ph.D. in art history from the art history and film studies department of the Université de Montréal, where he taught as a visiting professor from 2014 to 2016.

Ara Osterweil is an abstract painter, writer, and scholar of postwar film and art, as well as an Associate Professor of Cultural Studies in the English Department at McGill University. She is a regular contributor at Artforum, and has also published essays in the Los Angeles Review of Books, Art Journal, Film Quarterly, Film Culture, Border Crossings, Camera Obscura, C Magazine, Little Joe, Framework, The Brooklyn Rail, and Millennium Film Journal. Her first book, Flesh Cinema: The Corporeal Turn in American Avant-Garde Film (Manchester University Press, 2014), examines the representation of sexuality in experimental film of the 1960s and 1970s.  She is currently working on two books: The Pedophilic Imagination: A History of American Film, and a collection of experimental prose entitled Stains & Fragments.

Melissa E. Feldman is an independent curator and writer.  In addition to the forthcoming touring exhibition Indie Folk: New Art and Sounds from the Pacific Northwest organized by the Jordan Schnitzer Museum of Art, Pullman, Washington, her recent projects include: Free Play organized by Independent Curators International; A Cool Breeze: L.A. and Vancouver Art in the 1960s and Beyond at Griffin Art Projects, Vancouver; and Dance Rehearsal: Karen Kilimnik’s World of Ballet and Theatre at Mills College Art Museum, Oakland, CA, and the Museum of Contemporary Art, Denver. Feldman also writes for publications such as Art in America, Frieze and Third Text and has taught on the West Coast and in the U.K. at Cornish College of the Arts, Seattle, California College of the Arts, San Francisco, and Goldsmith’s College London.

Lisa Baldissera is the Director of Griffin Art Projects and has worked in curatorial roles in public art galleries in Western Canada since 1999, including Senior Curator at Contemporary Calgary (2014-16) and Chief Curator at the Mendel Art Gallery in Saskatoon (2012-14). She was Curator of Contemporary Art at the Art Gallery of Greater Victoria from 1999 to 2009, where she produced more than fifty exhibitions of local, Canadian, and international artists. She holds MFAs in Creative Writing (UBC) and Art (University of Saskatchewan) and has her PhD in fiction writing and art curating from Goldsmiths College at the University of London. Baldissera has served on contemporary art juries across Canada and internationally, including the Alvin Balkind Curator’s Prize (The Doris and Jack Shadbolt Foundation), Canada Council for the Arts, Saskatchewan Arts Board, Royal Bank of Canada Canadian Painting Competition, the Hnatyshyn Foundation Visual Arts Awards, the Sobey Art Award, British Columbia Arts Council, Prix Pierre-Prince-de-Monaco jury and as a guest of the British Arts Council outreach program.