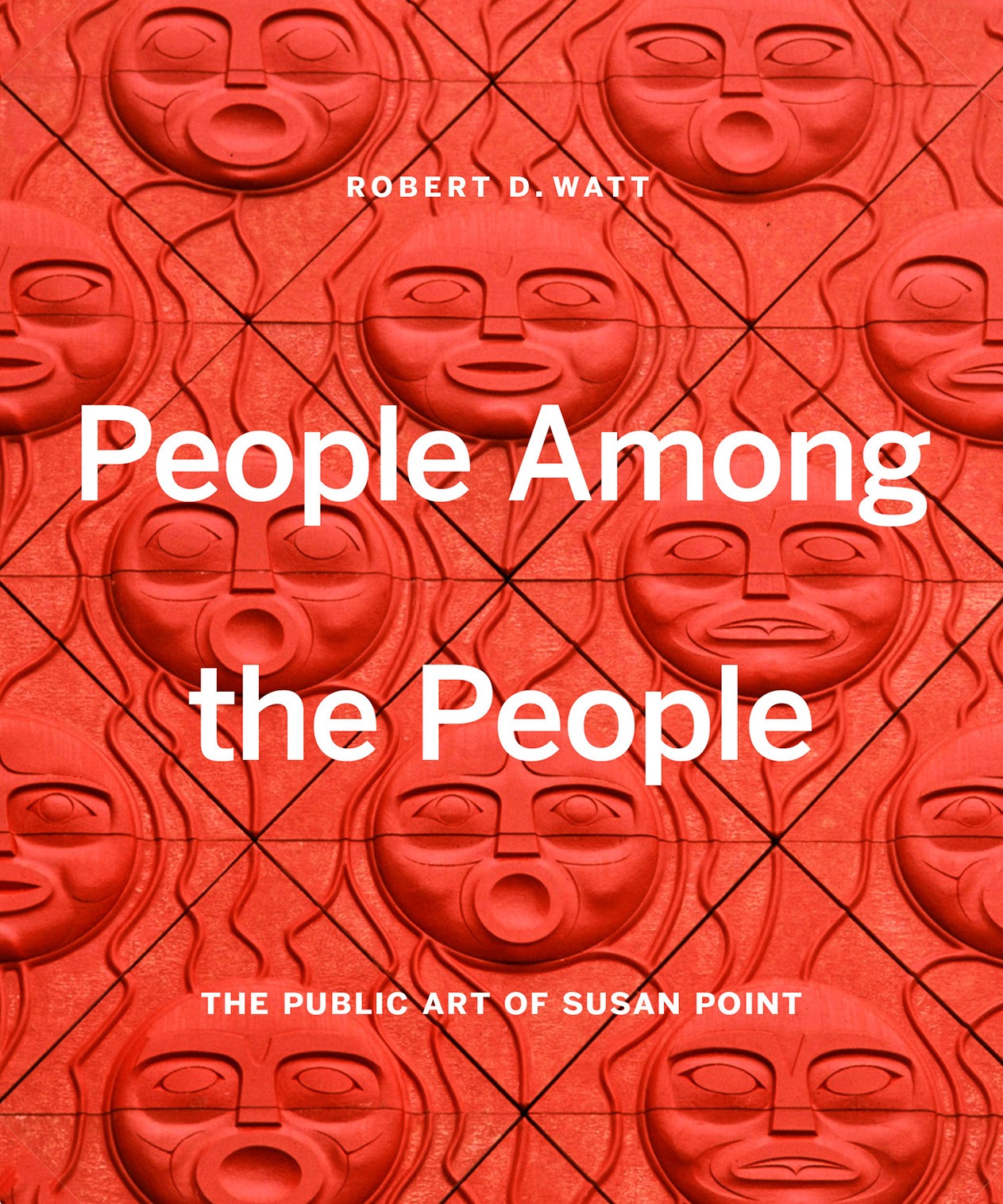 The Public Art of Susan Point

Robert D. Watt. In collaboration with the Museum of Anthropology, University of British Columbia

Winner of the 2019 City of Vancouver Book Award

“I feel that it is important to re-establish our Salish footprint upon our lands, to create a visual expression of the link between the past and present that is both accessible and people-friendly. . . . I create unique, ‘original’ artwork that honours both my people and the diverse group of peoples from around the world who have come to live upon our lands on the Northwest Coast. My hope is that my art leaves a lasting impression on visitors, locals, and the surrounding communities.” 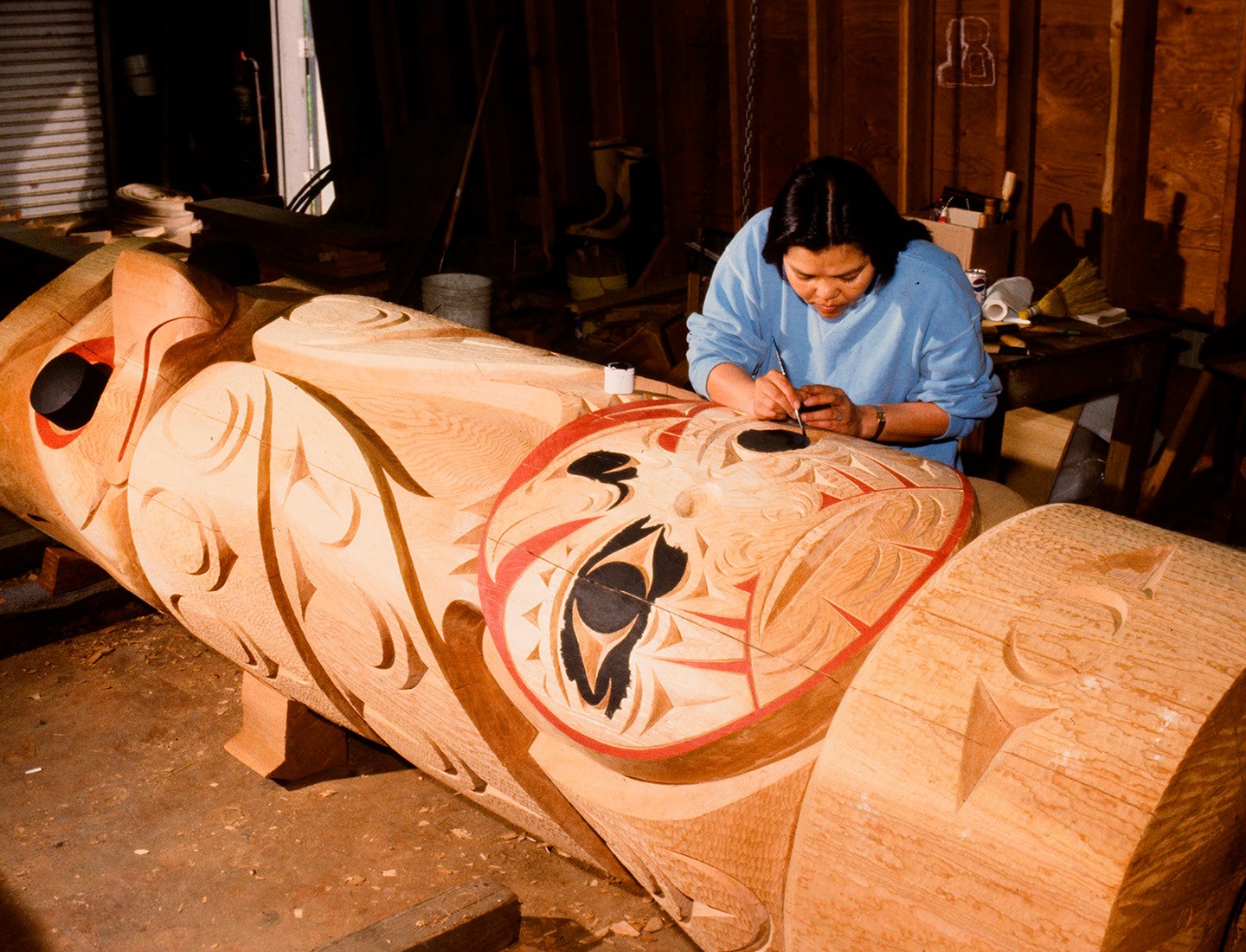 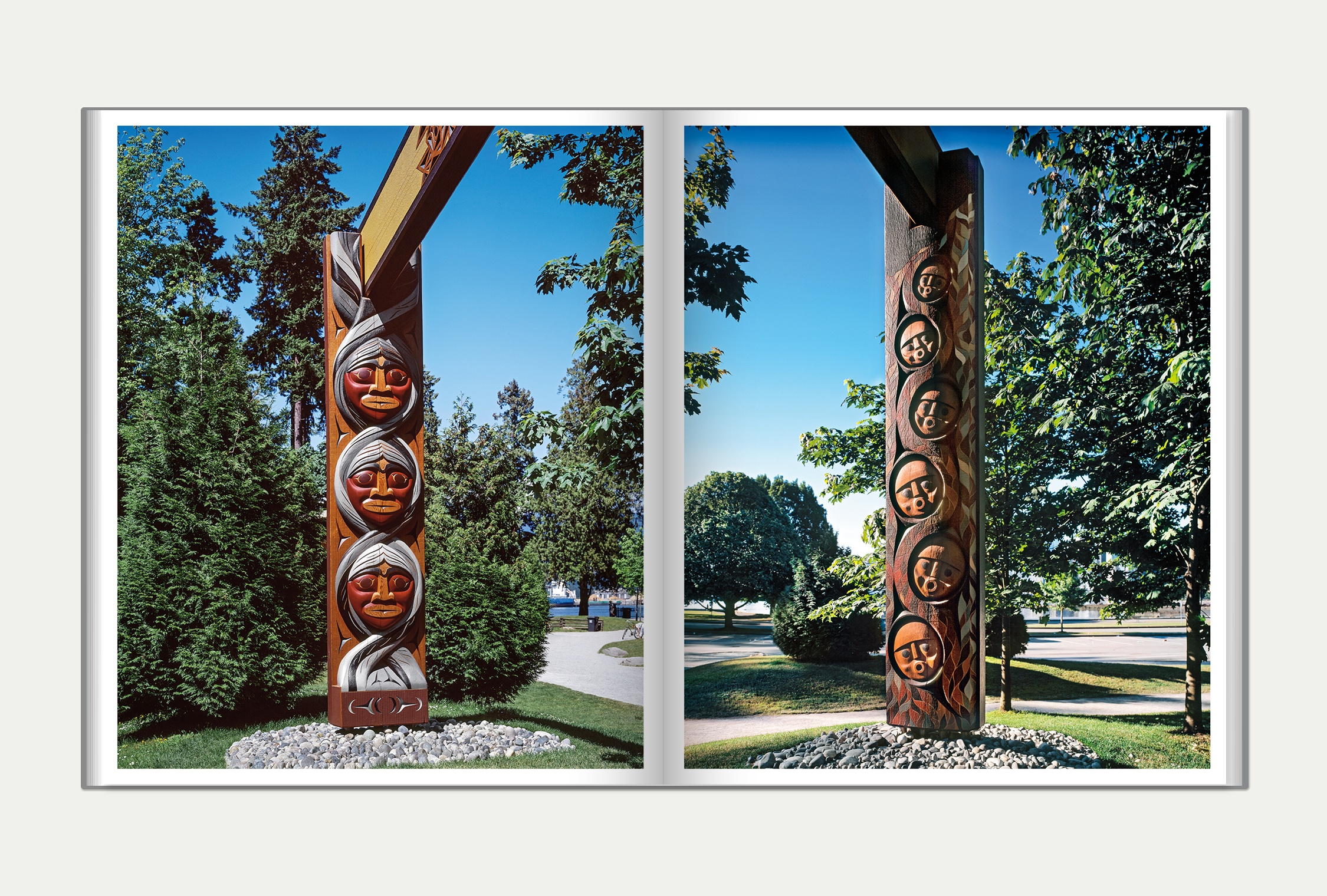 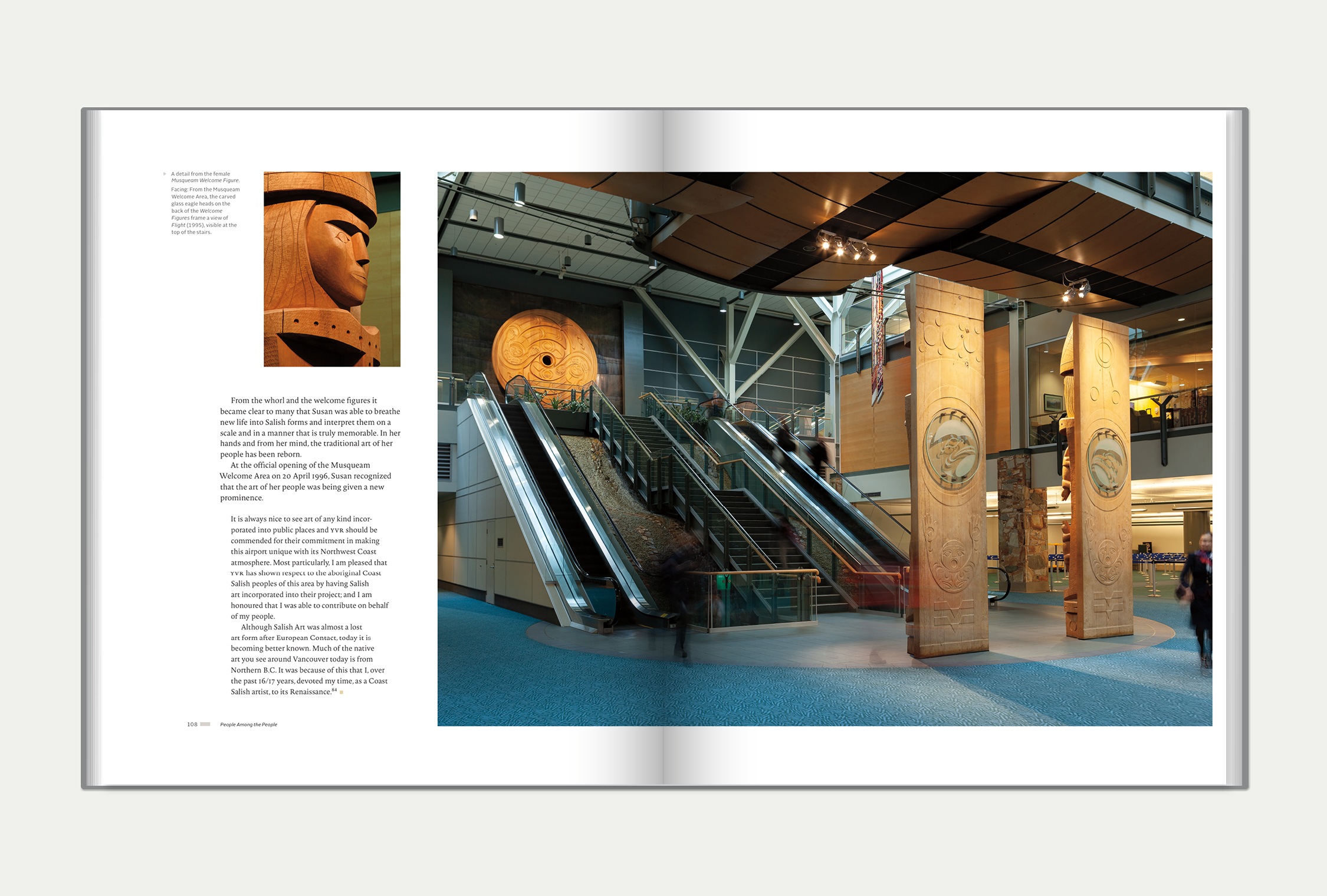 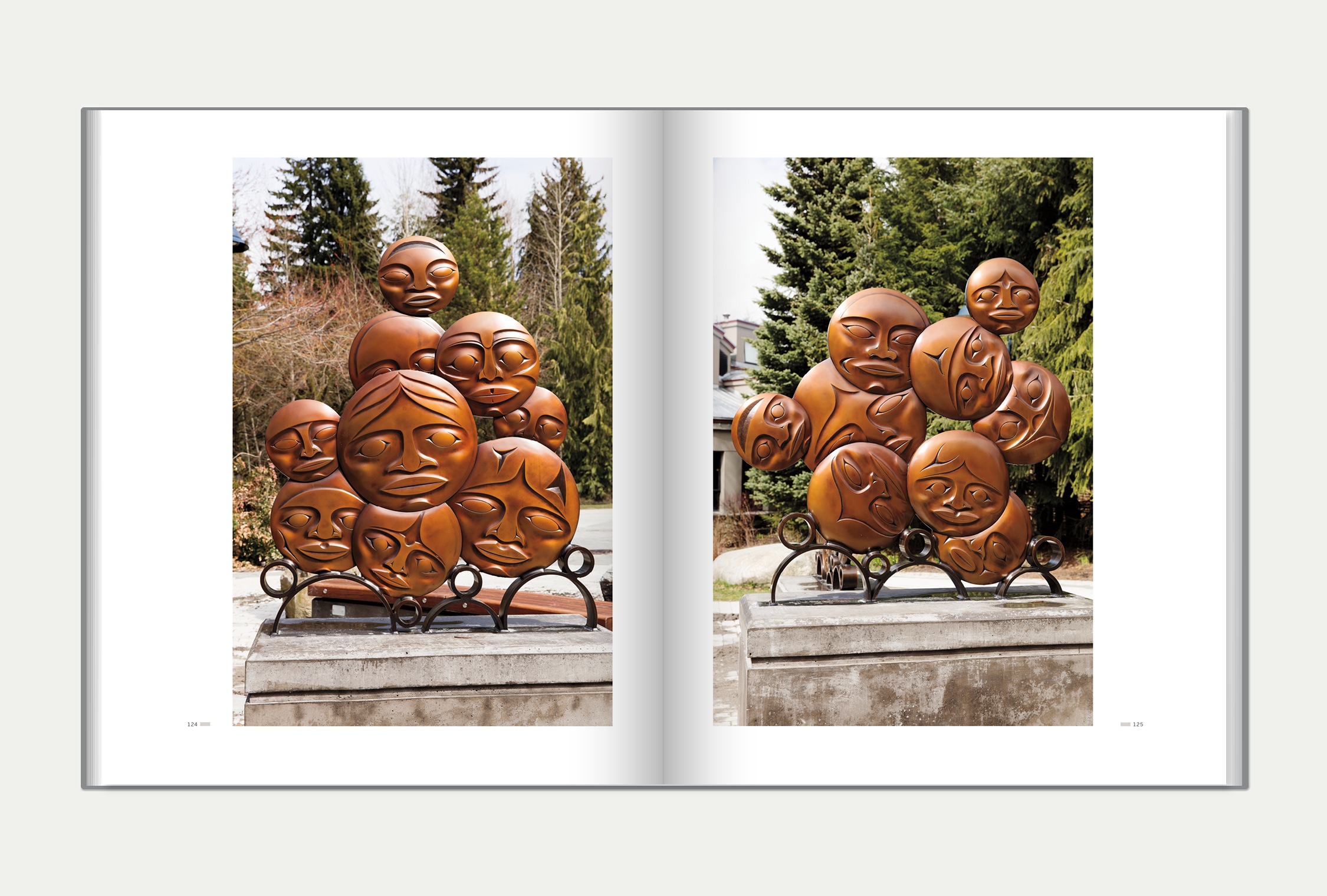 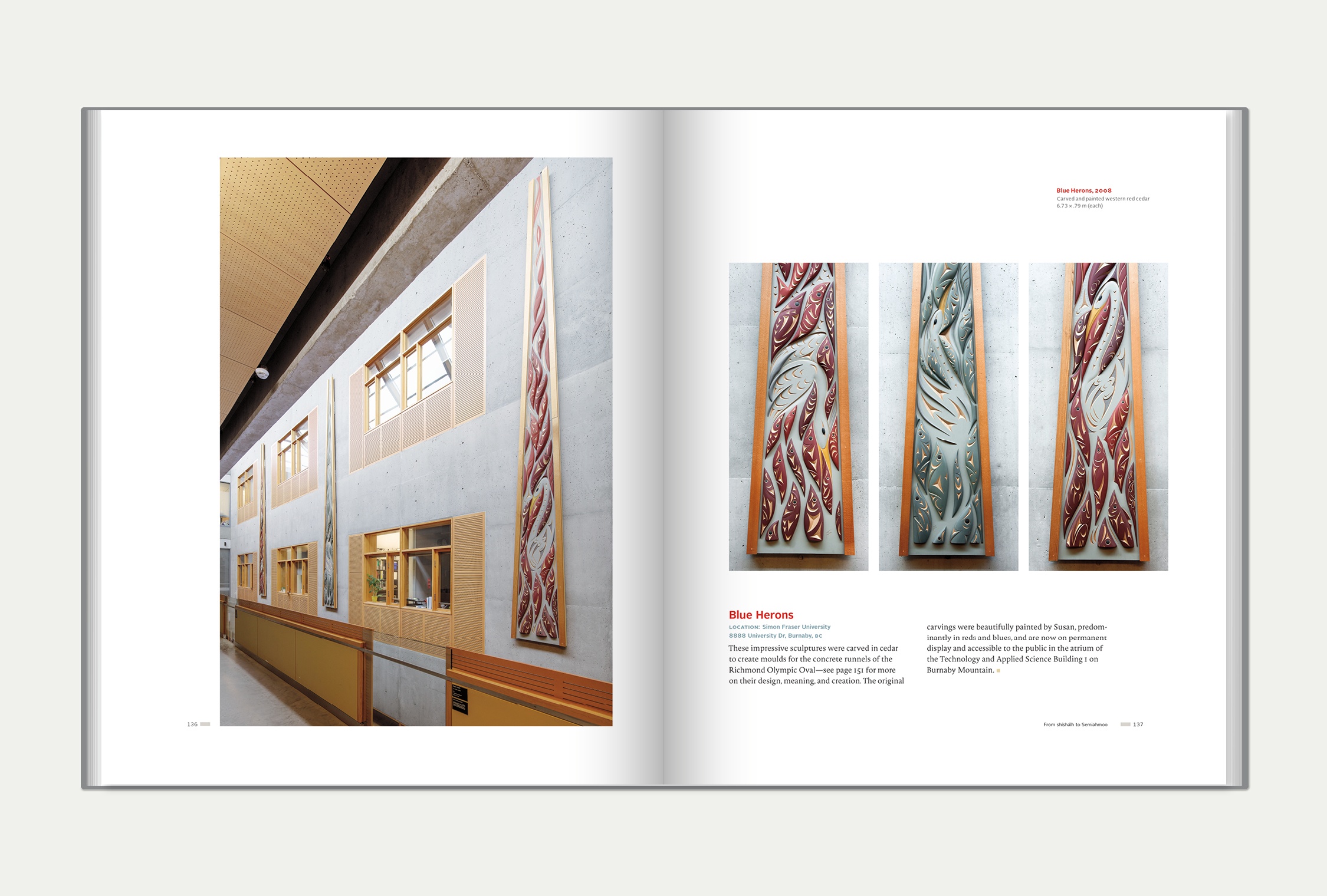 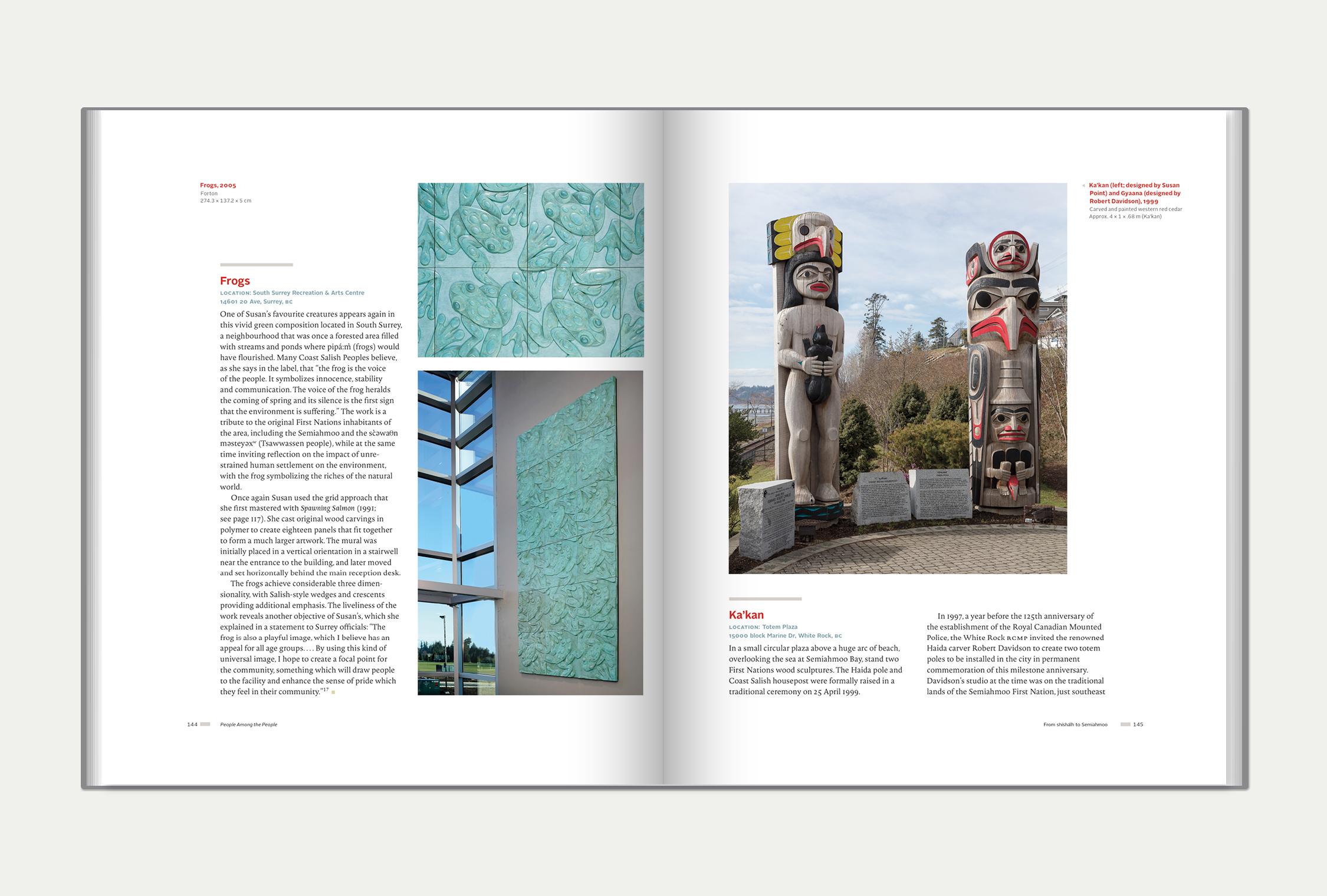 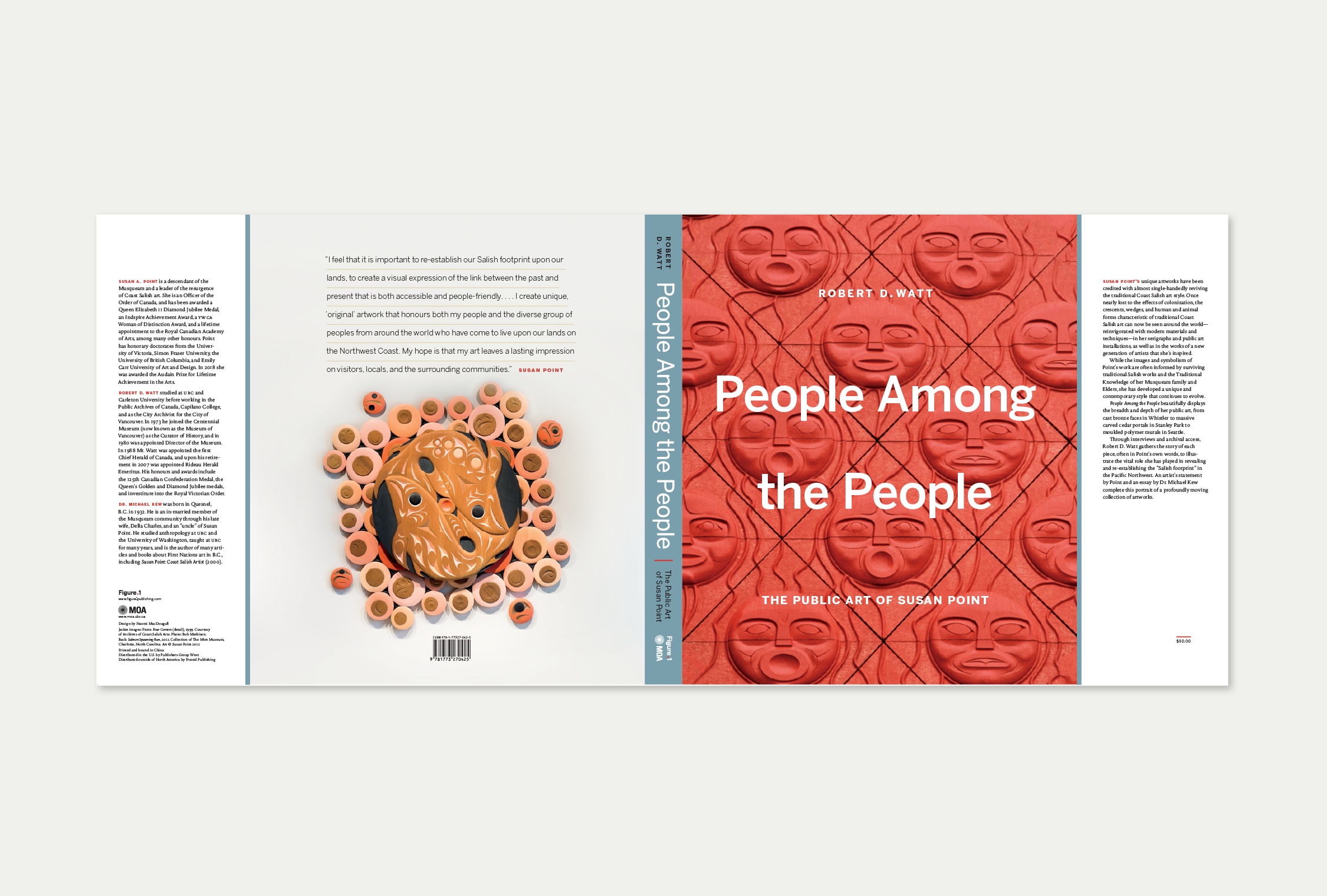 People Among the People beautifully displays the breadth and depth of her public art, from cast bronze faces in Whistler to massive carved cedar portals in Stanley Park to moulded polymer murals in Seattle.

Through interviews and archival access, Robert D. Watt gathers the story of each piece, often in Point’s own words, to illustrate the vital role she has played in revealing and re-establishing the “Salish footprint” in the Pacific Northwest. An artists’ statement by Point and an essay by Dr. Michael Kew complete this portrait of a profoundly moving collection of artworks.

Robert D. Watt studied at UBC and Carleton University before working in the Public Archives of Canada, Capilano College, and as the City Archivist for the City of Vancouver. In 1973 he joined the Centennial Museum (now known as the Museum of Vancouver) as the Curator of History, and in 1980 was appointed Director of the Museum. In 1988 Mr. Watt was appointed the first Chief Herald of Canada, and upon his retirement in 2007 was appointed Rideau Herald Emeritus. His honours and awards include the 125th Canadian Confederation Medal, the Queen’s Golden and Diamond Jubilee medals, and investiture into the Royal Victorian Order.

“It is hardly news that Susan Point, a Coast Salish artist of the Musqueam First Nation, has almost single-handedly recovered her people’s graphic and sculptural traditions from obscurity.”

People Among the People: An Interview with Robert D. Watt

“Point has long been a critical path breaker.”

“An engaging read and beautiful to look at, Watt’s People Among the People ensures that Point’s works not only can’t be forgotten but they’re even more readily accessible. Because unlike most art books, Point’s works aren’t presented chronologically — they are grouped by location, making them even easier to find.”

“People Among the People is a big, handsome and comprehensive survey of Point’s public art – and again confirms her significance.”