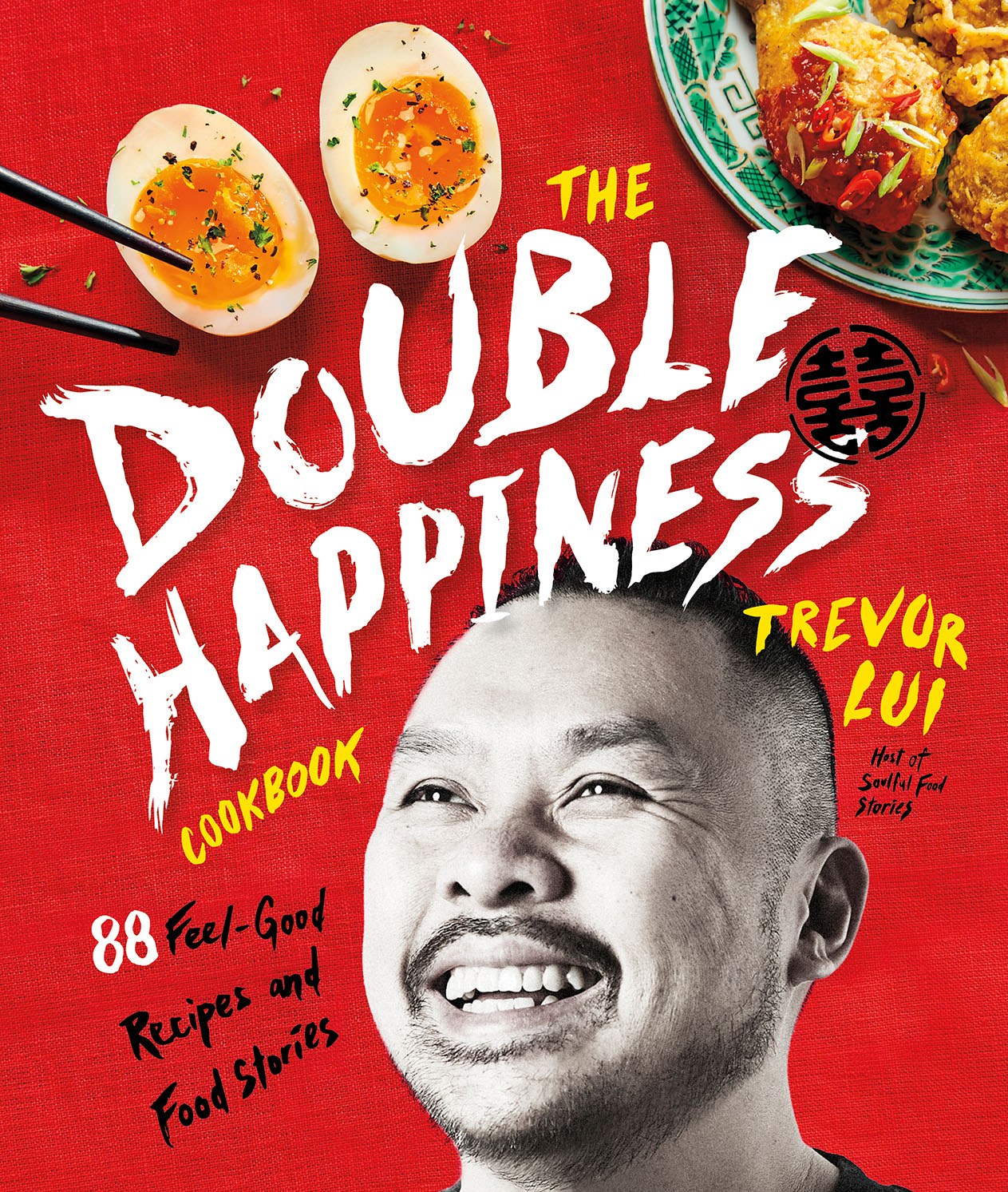 “Filled with mouth-watering recipes that Trevor has gathered from meals shared with family and the many restaurants he’s cooked at. Fresh, inspiring and beautiful, this is the consummate immigrant story.” 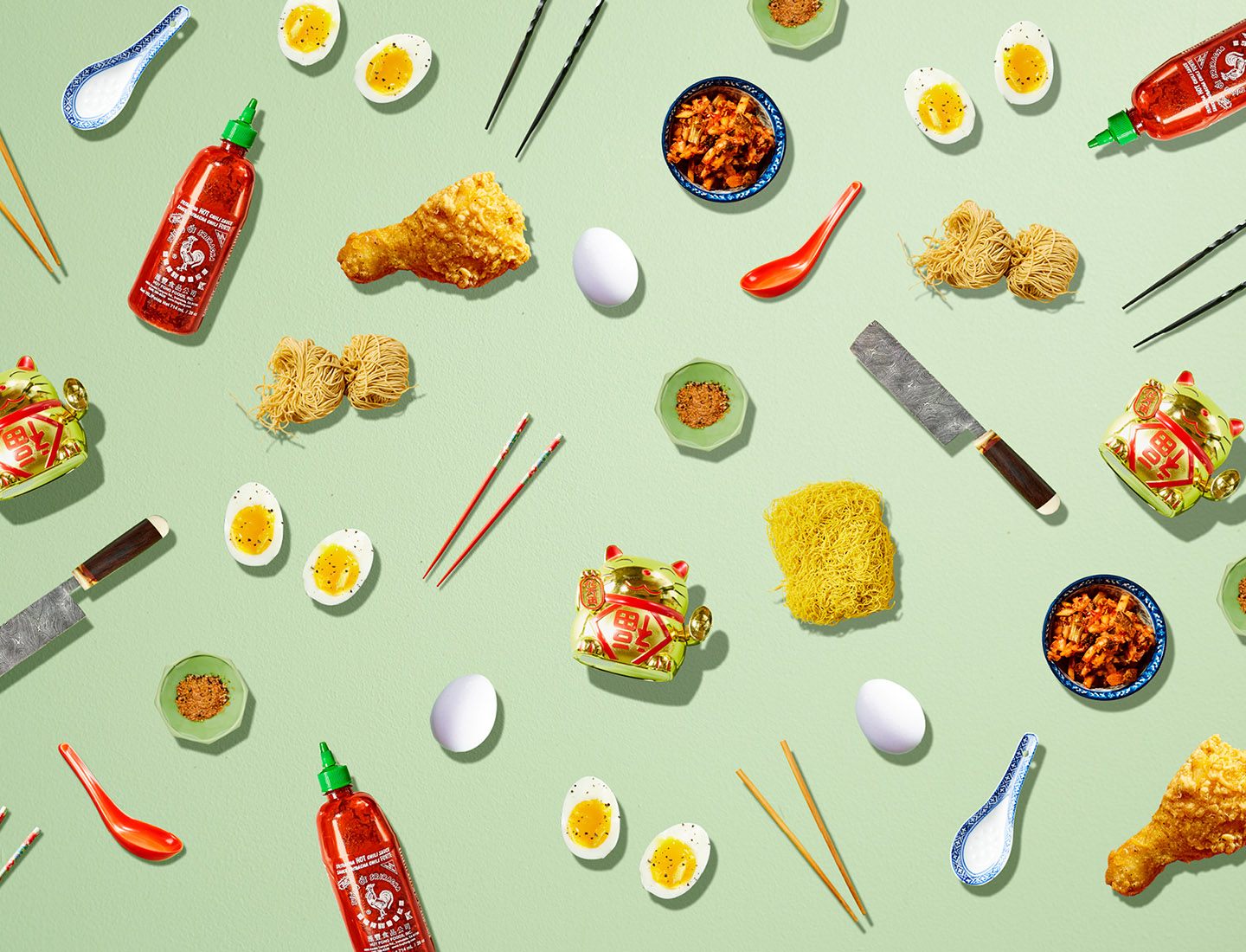 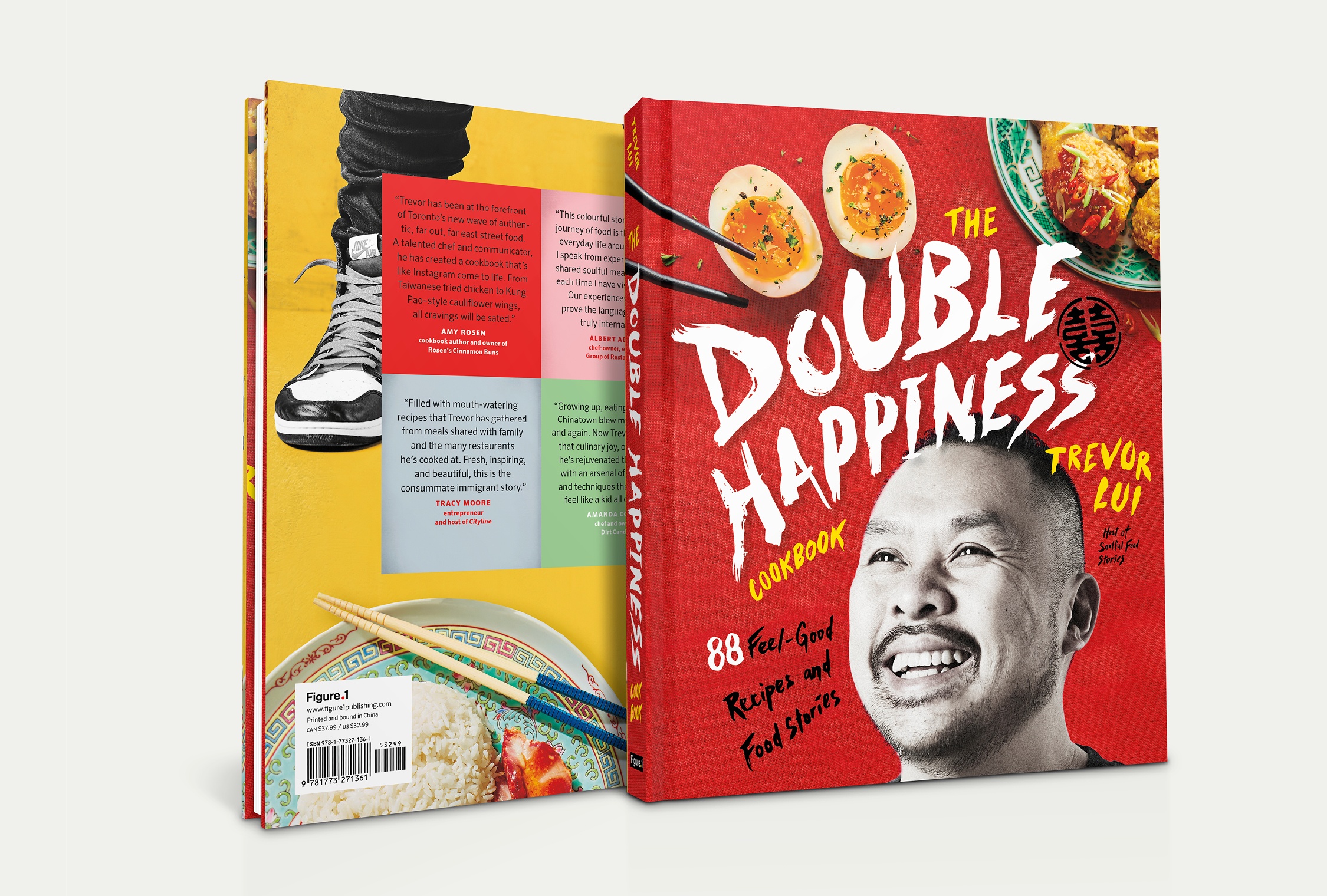 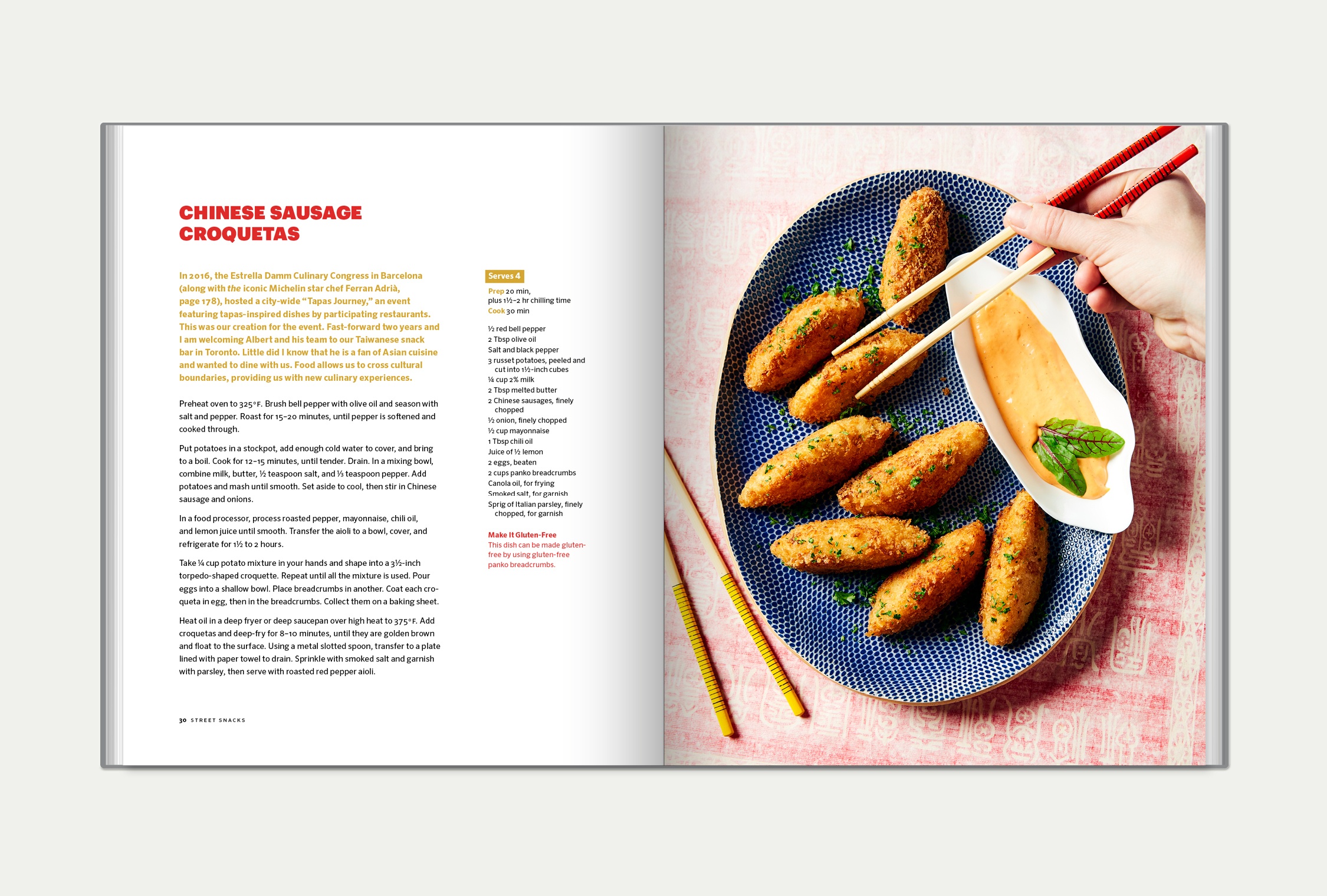 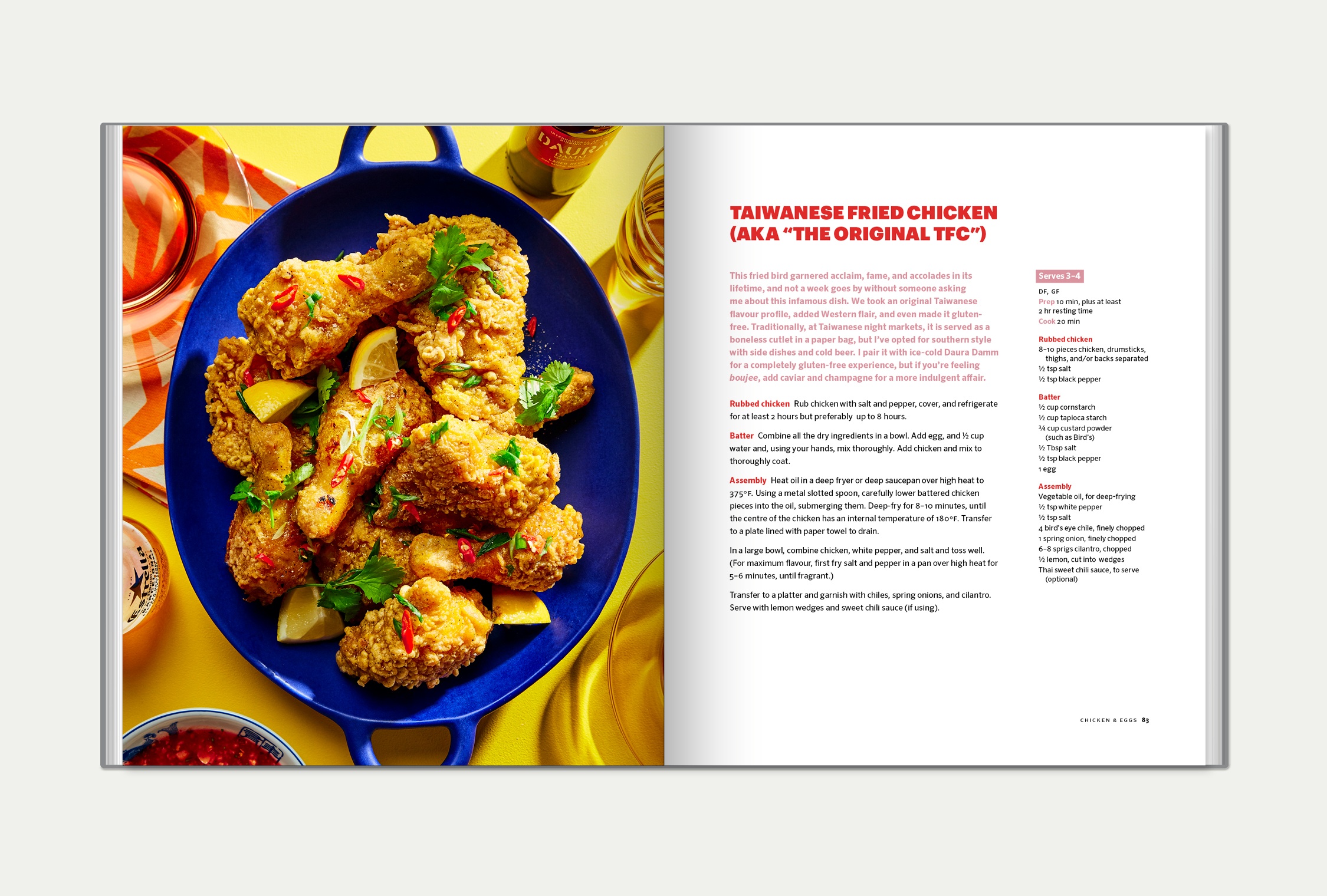 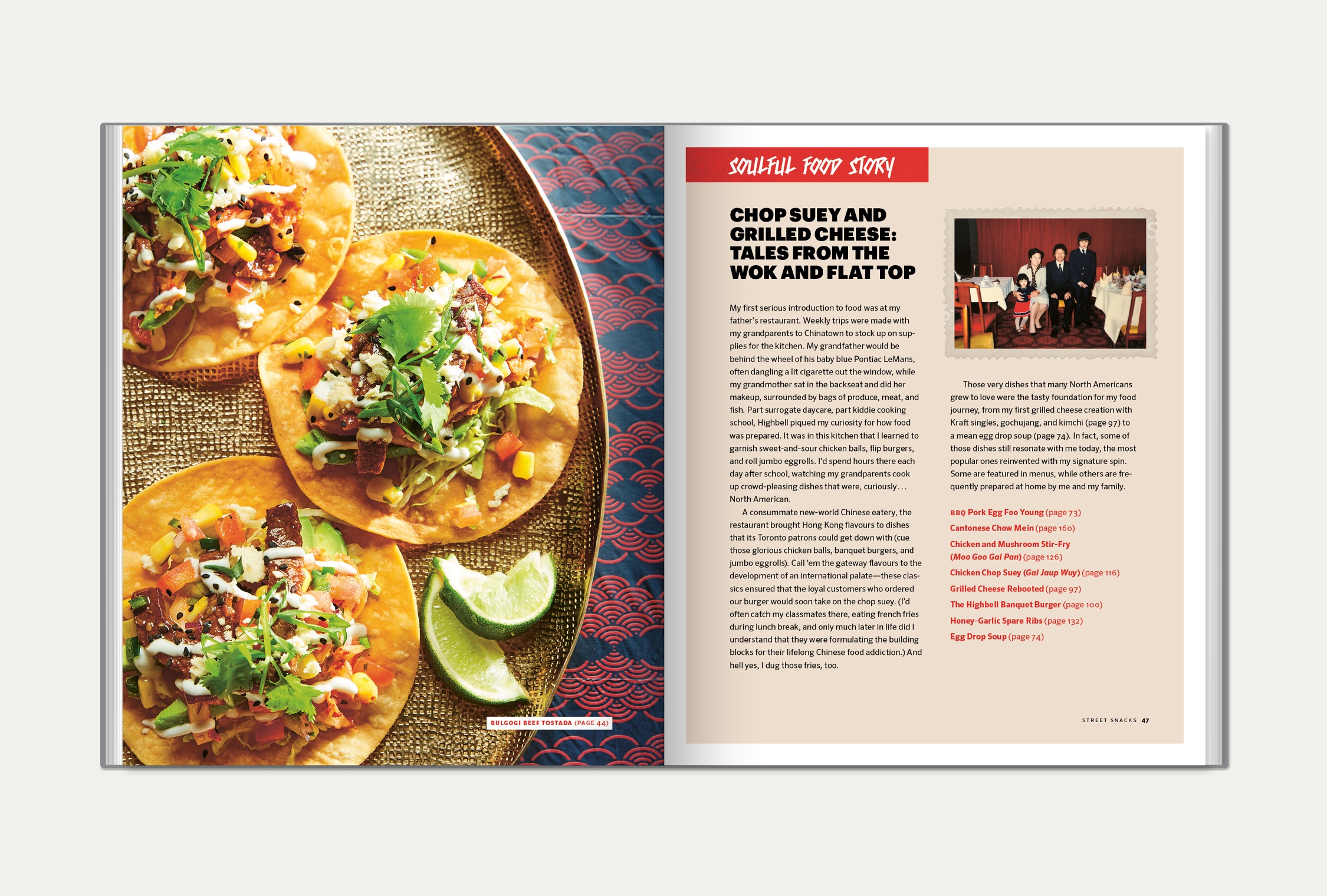 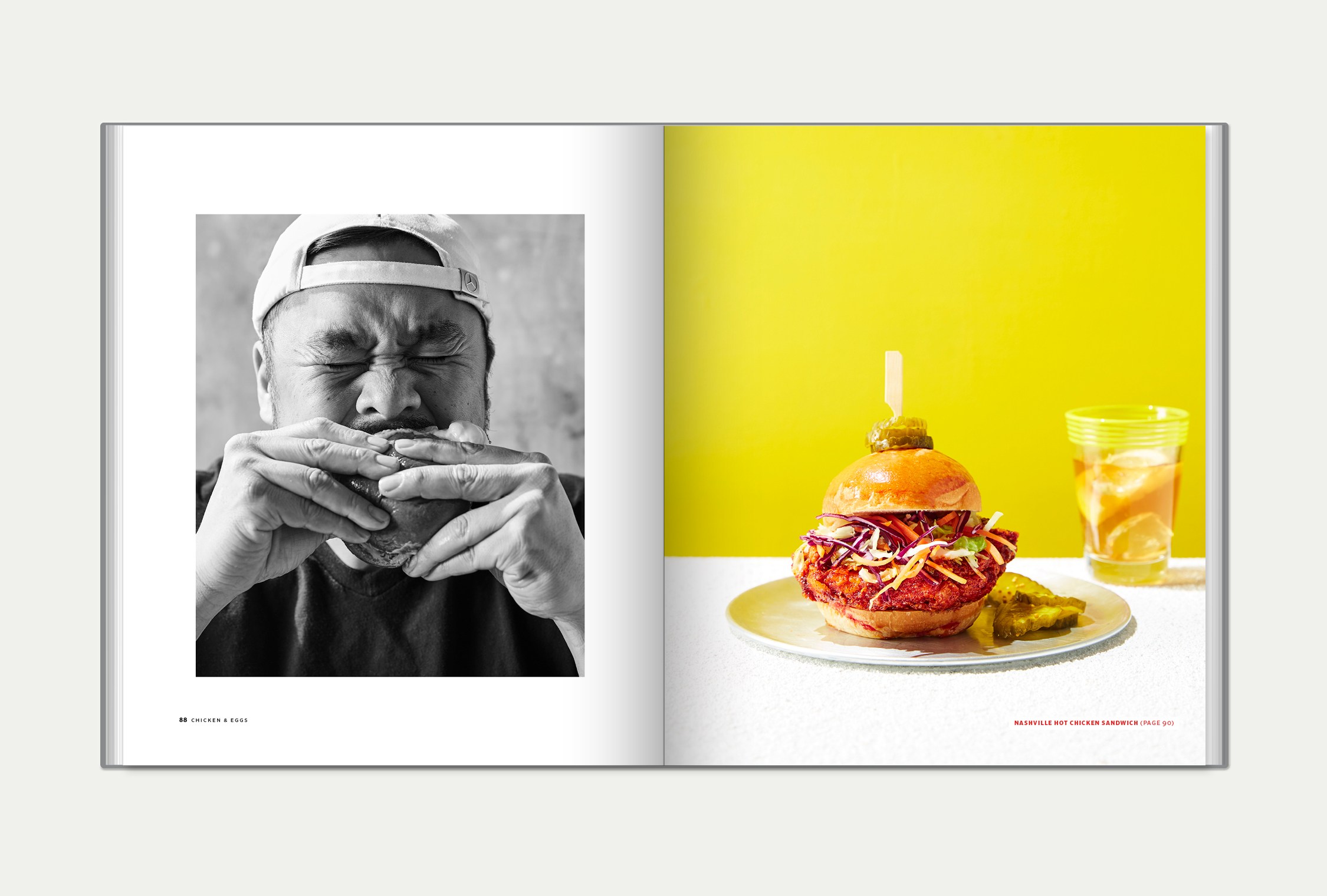 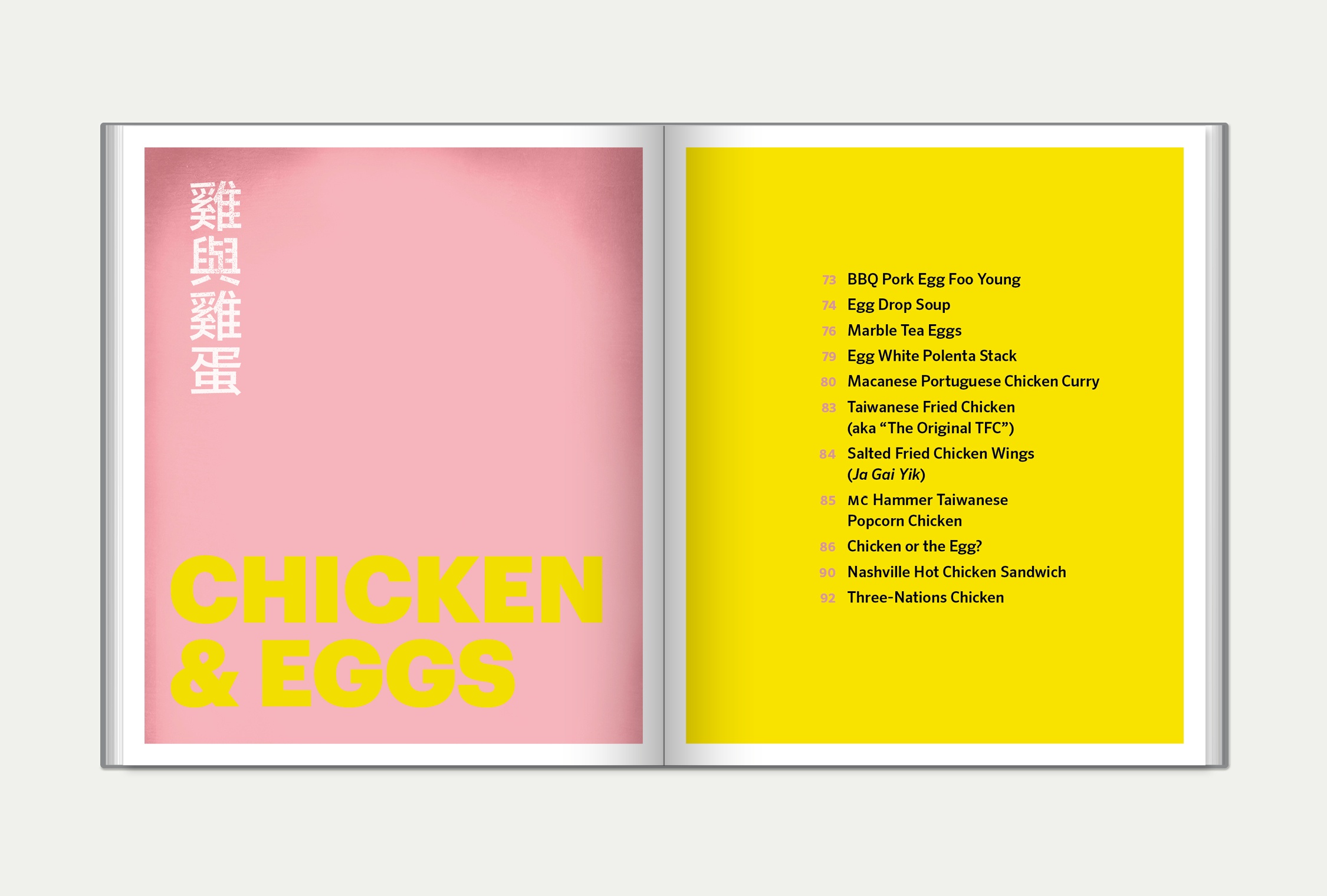 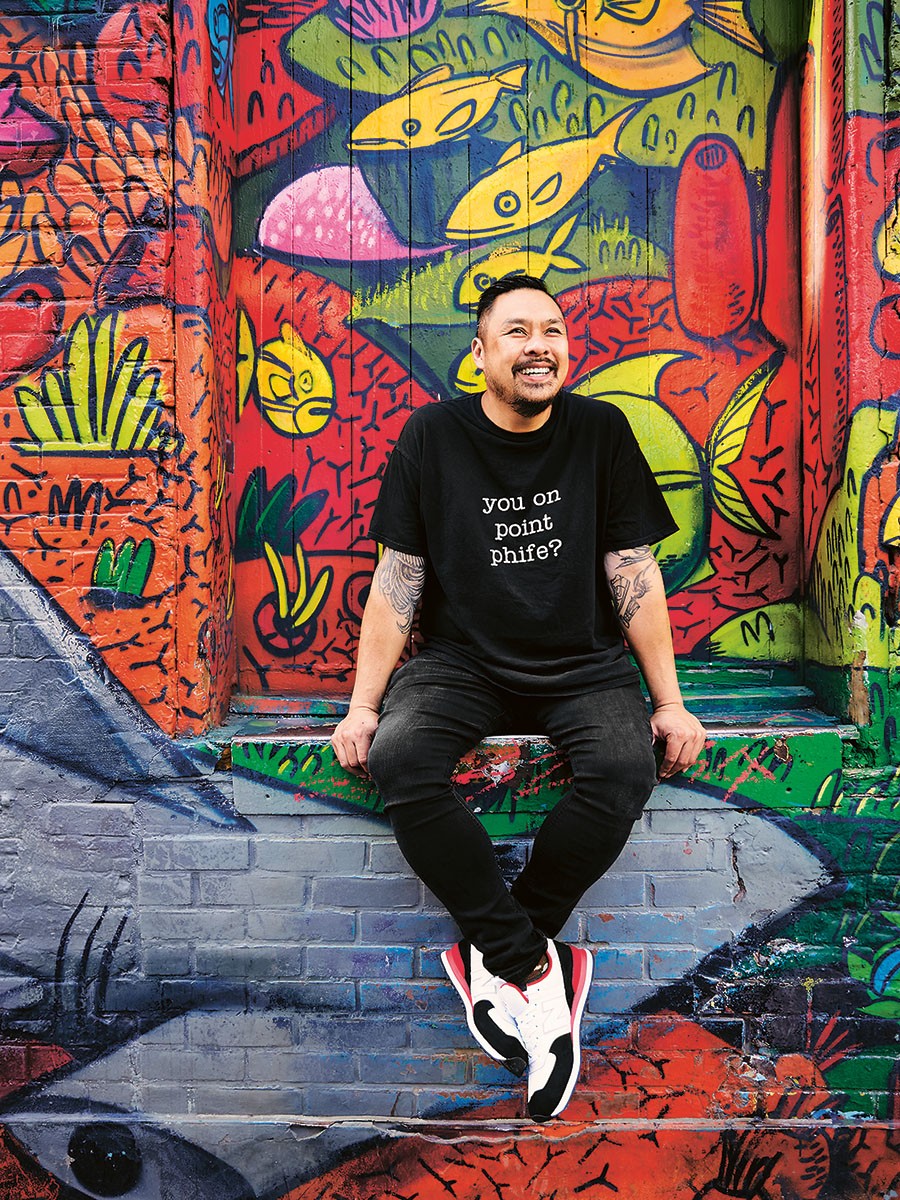 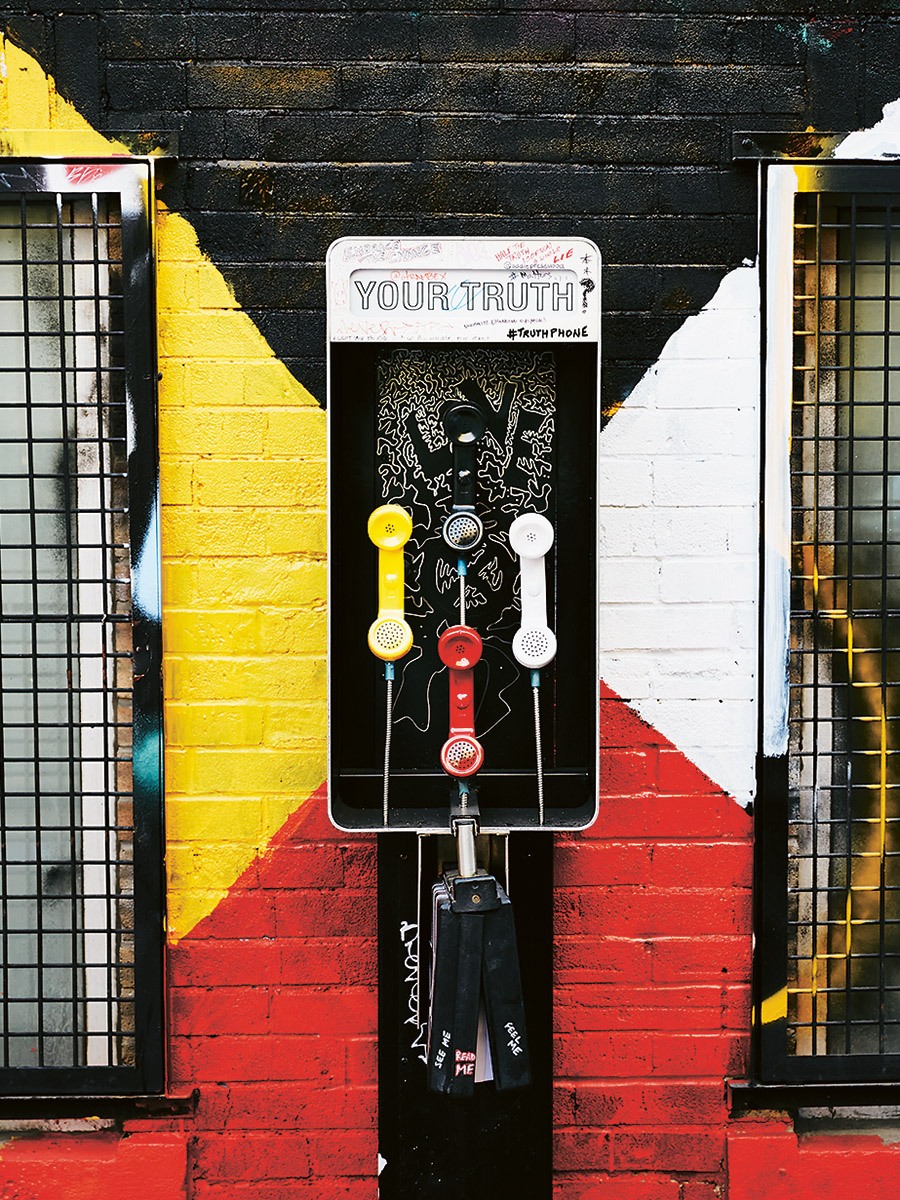 In 2016, Trevor Lui abandoned a successful corporate job to throw on an apron and get into the kitchen, behind the bar, and in front of diners. The Double Happiness Cookbook is the compelling story of his inspiring journey, featuring 88 incredible recipes—from BBQ pork on rice to sweet chili cauliflower wings to ramen with L.A. Kalbi—that celebrate heritage, community, and identity.

“In The Double Happiness cookbook, Trevor gives us some insight into his culinary influences growing up (who of us immigrant children hadn’t wanted a “normal” lunch instead of our weird authentically-true paper bag contents).”

Our Favourite Fall and Winter Cookbooks of 2020

“This book is a whole lot of fun and full of easy weeknight flavour bombs.”

“We need to create pathways to success for diverse voices, because representation matters.”

The Globe and Mail

“Lui’s book is packed with vibrant and visual stories.”

What is your primary love language?

The Year of the Ox

“Even if your cookbook collection is exploding, you need this one on your shelf.”

“What I love in a cookbook is an author that shakes things up to bring us new and exciting dishes based on their heritage, travel and their own creative genius. Trevor Lui does that, and brilliantly, in his debut cookbook The Double Happiness Cookbook.”

Culinary Thrill Seeking – Get set for TET with cultural flavours

“In [Double Happiness Cookbook], he lays out a banquet of delicious recipes, all spiced with anecdotes and info that make it as palatable to read as it is to cook from.”

“A cookbook and stories from the dynamic and multitalented Trevor Lui. The stories share his international cooking journey and how Toronto has helped shape his career. The recipes are multicultural and city-inspired.”

“A star on the Toronto culinary scene.”

“The Double Happiness Cookbook is a lively celebration of Asian cuisine from Toronto based chef Trevor Lui. This one features feel-good, Asian-inspired recipes with a big city attitude like BBQ pork on rice, bulgogi beef tostadas, and sweet chili cauliflower wings.”

The 10 cookbooks you should read this summer

The Art of Noodle Soup

“Filled with mouth-watering recipes that Trevor has gathered from meals shared with family and the many restaurants he’s cooked at. Fresh, inspiring and beautiful, this is the consummate immigrant story.”

“This colourful story of Trevor’s journey of food is the essence of everyday life around the table. I speak from experience, having shared soulful meals at his table each time I have visited Toronto. Our experiences together prove the language of food is truly international.”

“Growing up, eating in Toronto’s Chinatown blew my mind again and again. Now Trevor brings back that culinary joy, only this time he’s rejuvenated those recipes with an arsenal of ingredients and techniques that makes me feel like a kid all over again.”

“Trevor has been at the forefront of Toronto’s new wave of authentic, far out, far east street food. A talented chef and communicator, he has created a cookbook that’s like Instagram come to life. From Taiwanese fried chicken to Kung-Pao style cauliflower wings, all cravings will be sated.”

“This book is a whole lot of fun and full of easy weeknight flavour bombs such as sesame ginger chicken, Chinese meatloaf and carbonara ramen. There are some cool drinks that add to the playfulness of the book.”