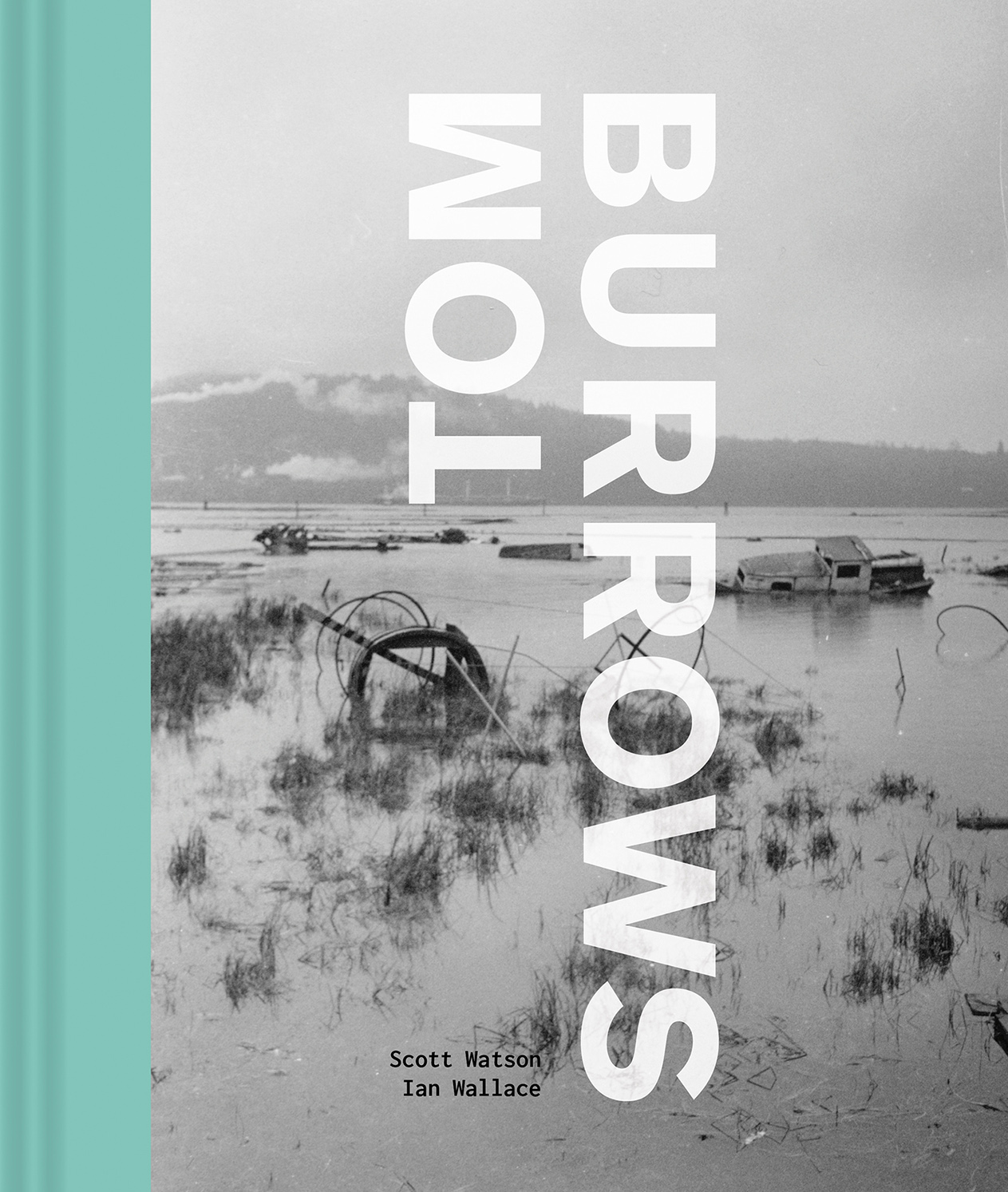 Tom Burrows is known for several disparate but related bodies of work. One has to do with squatting, and involves working with recycled material and houses. The sculptures he made on the Maplewood Mudflats in North Vancouver, which survive only as photographs, and his house on Hornby Island, BC, are icons of their time. 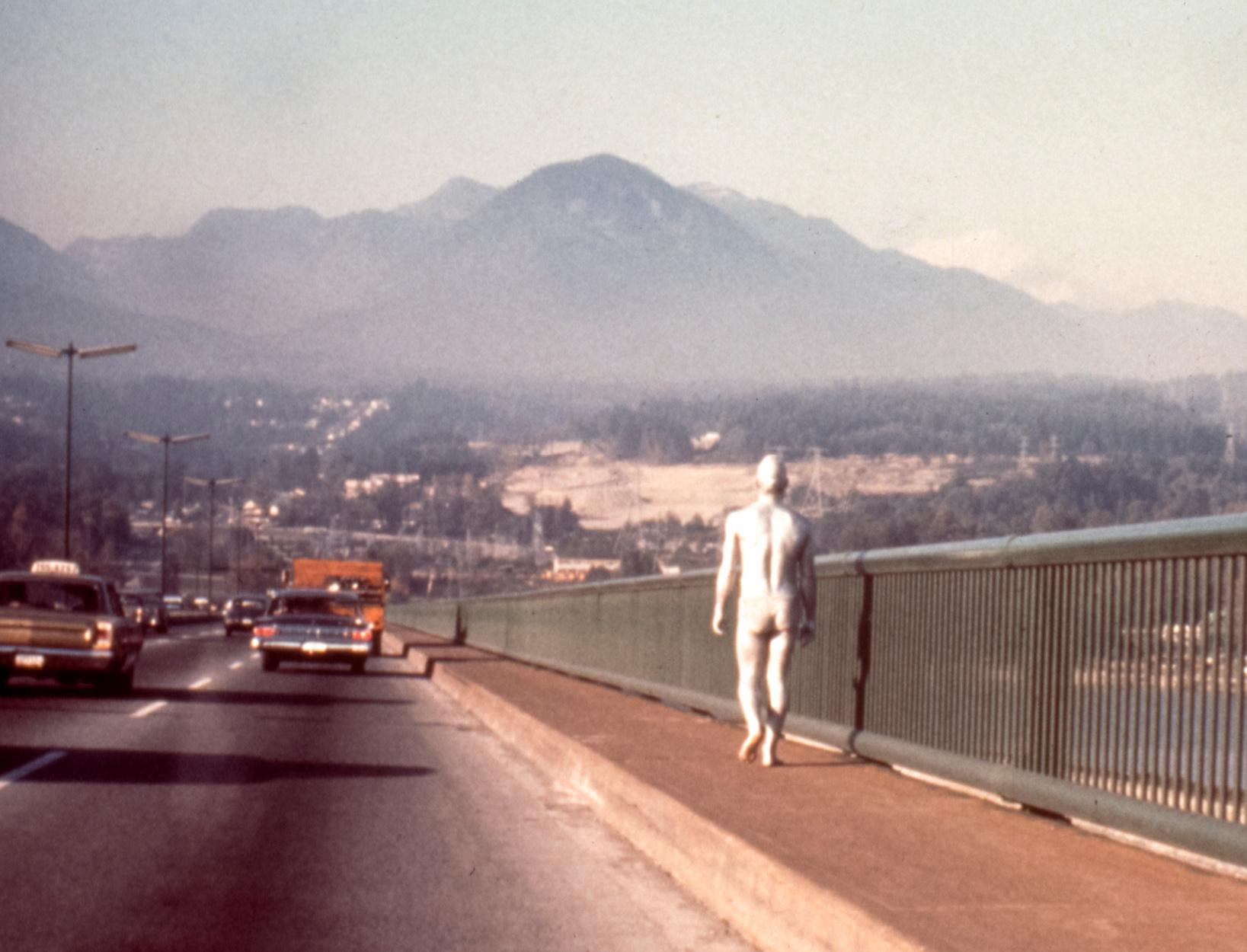 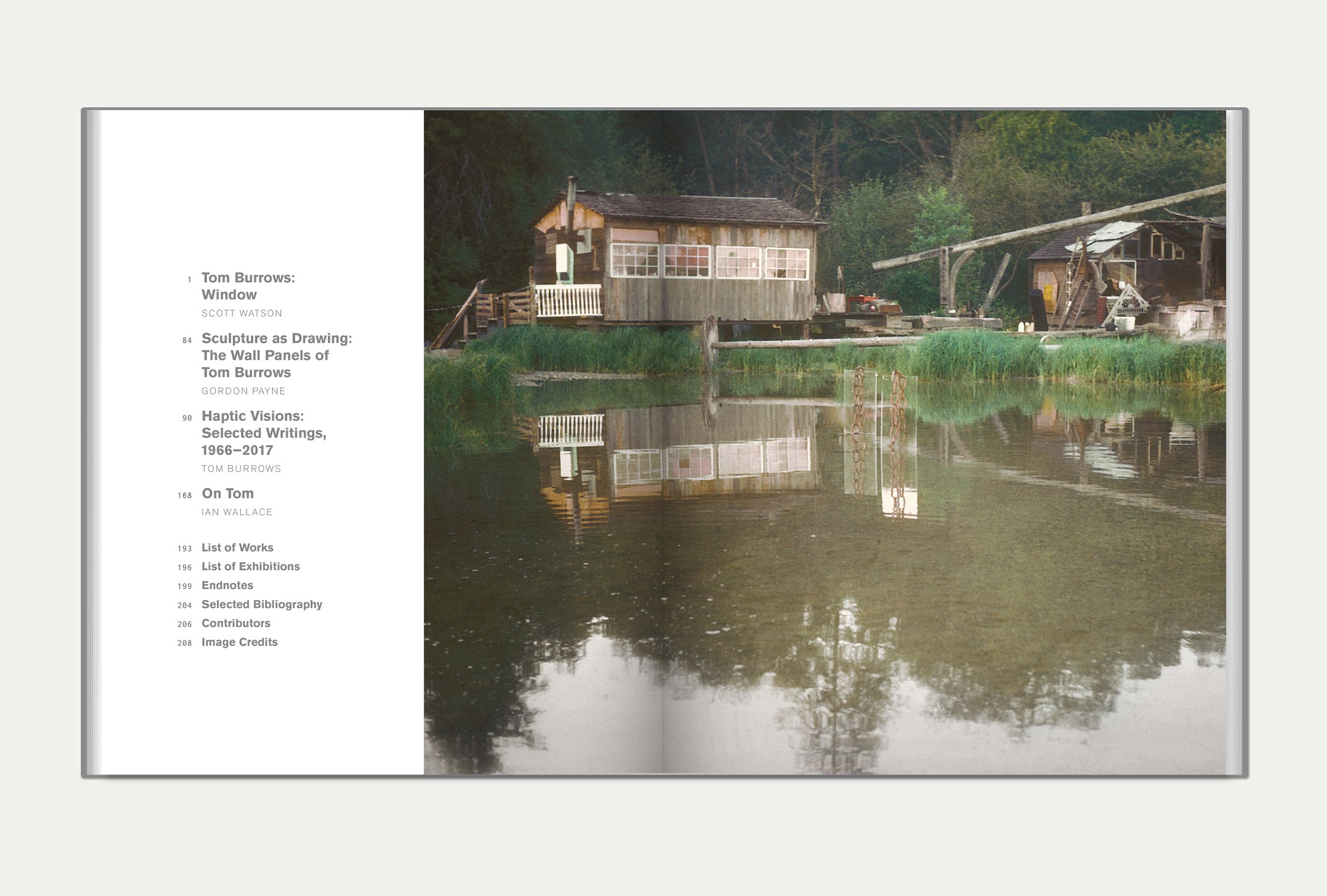 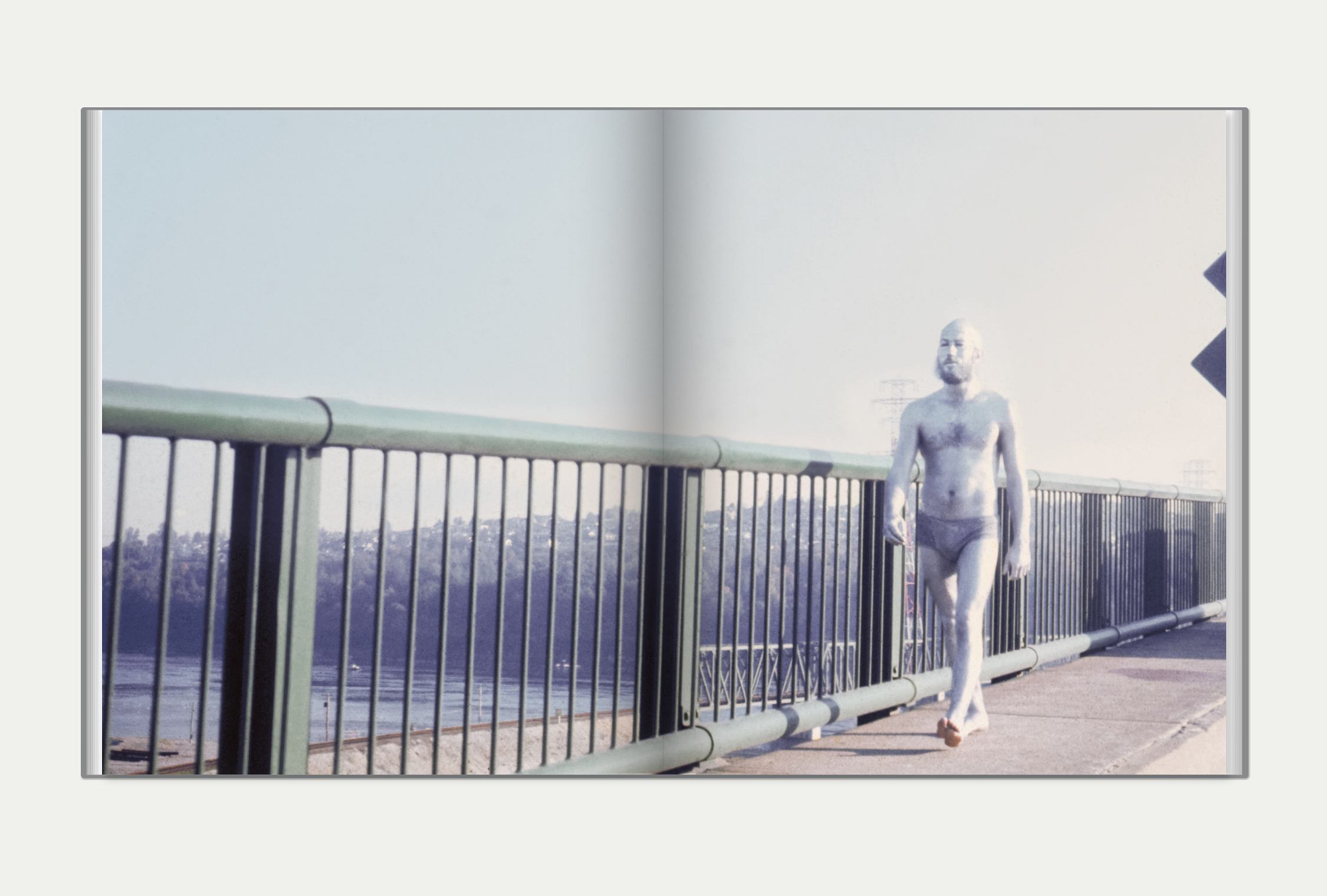 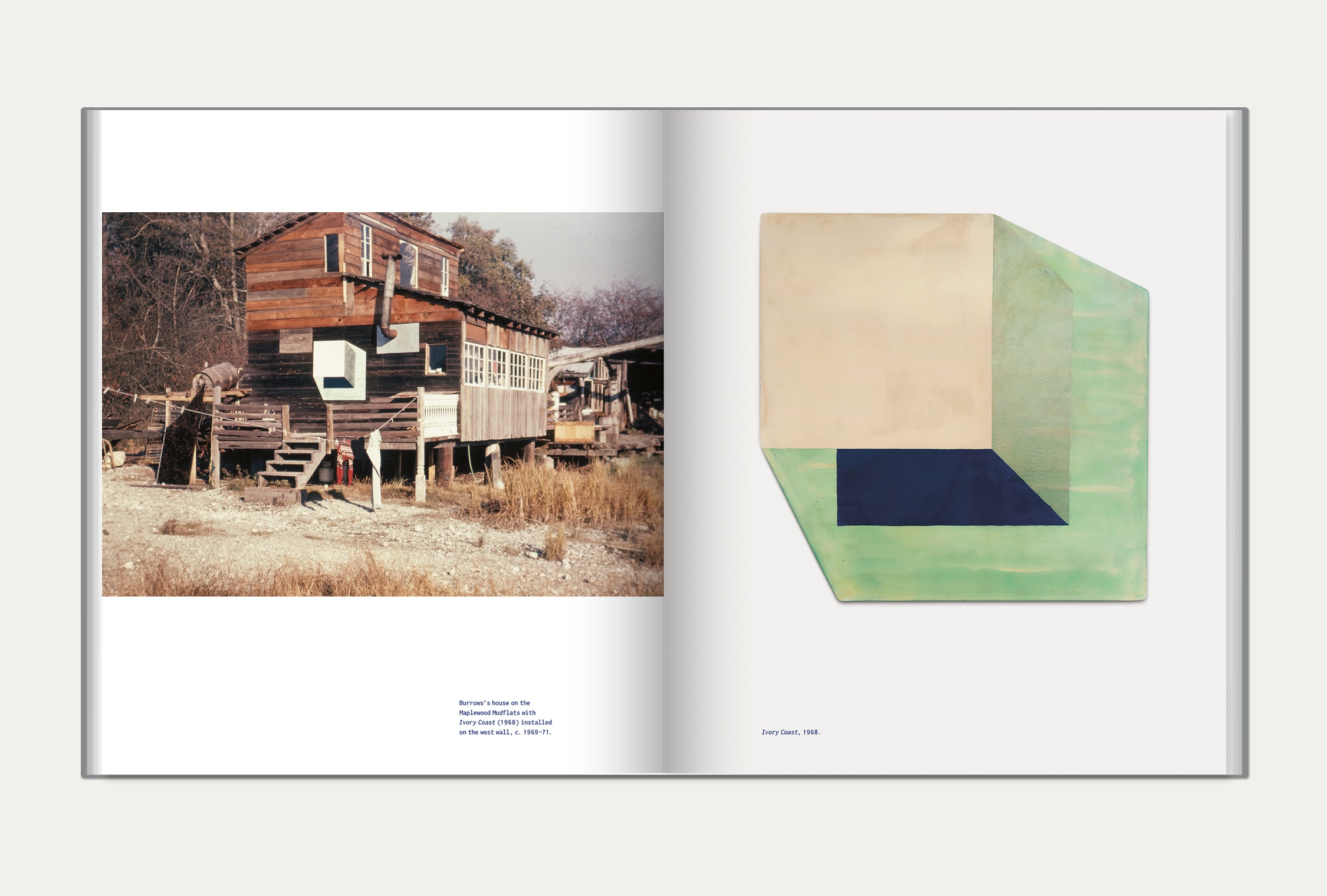 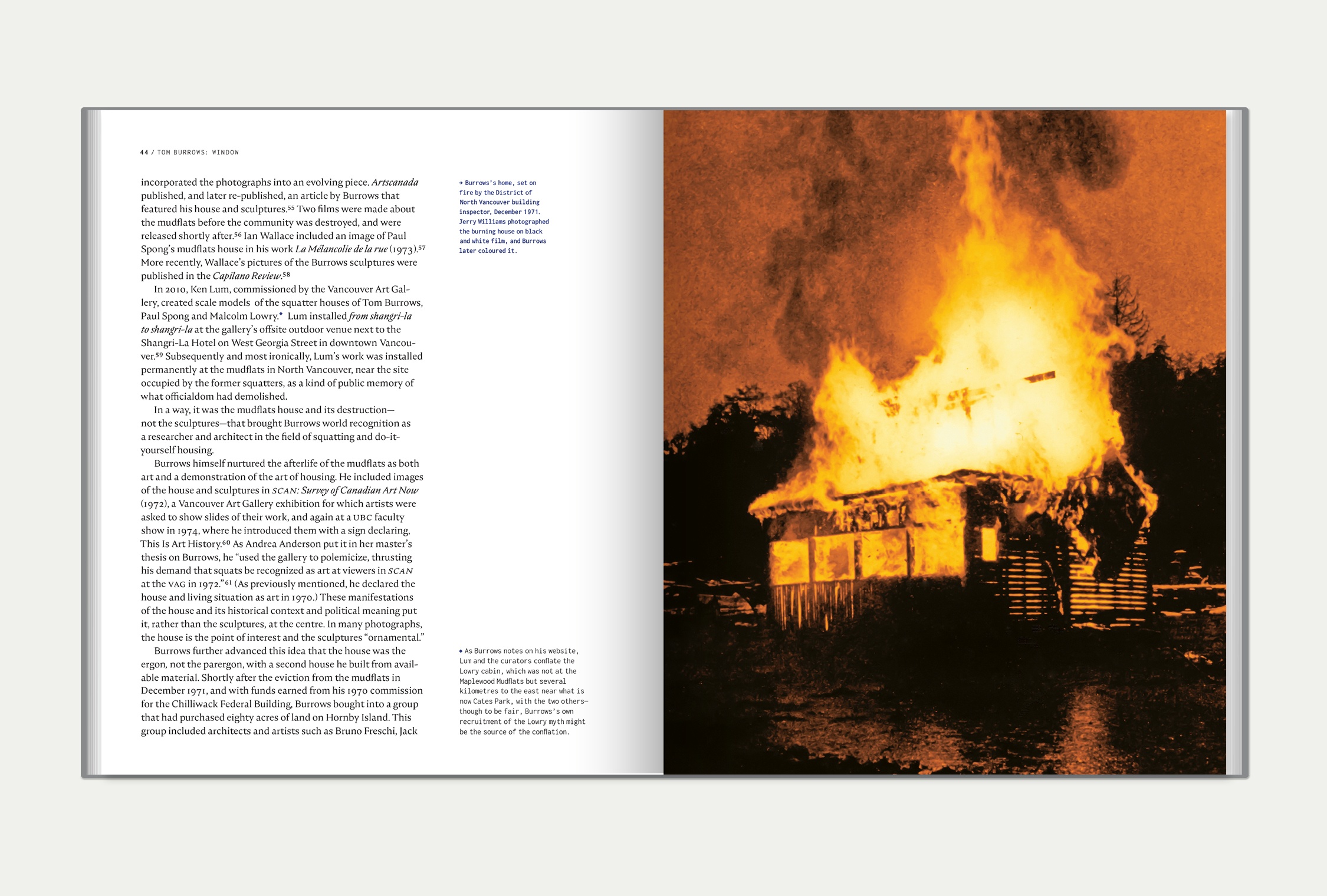 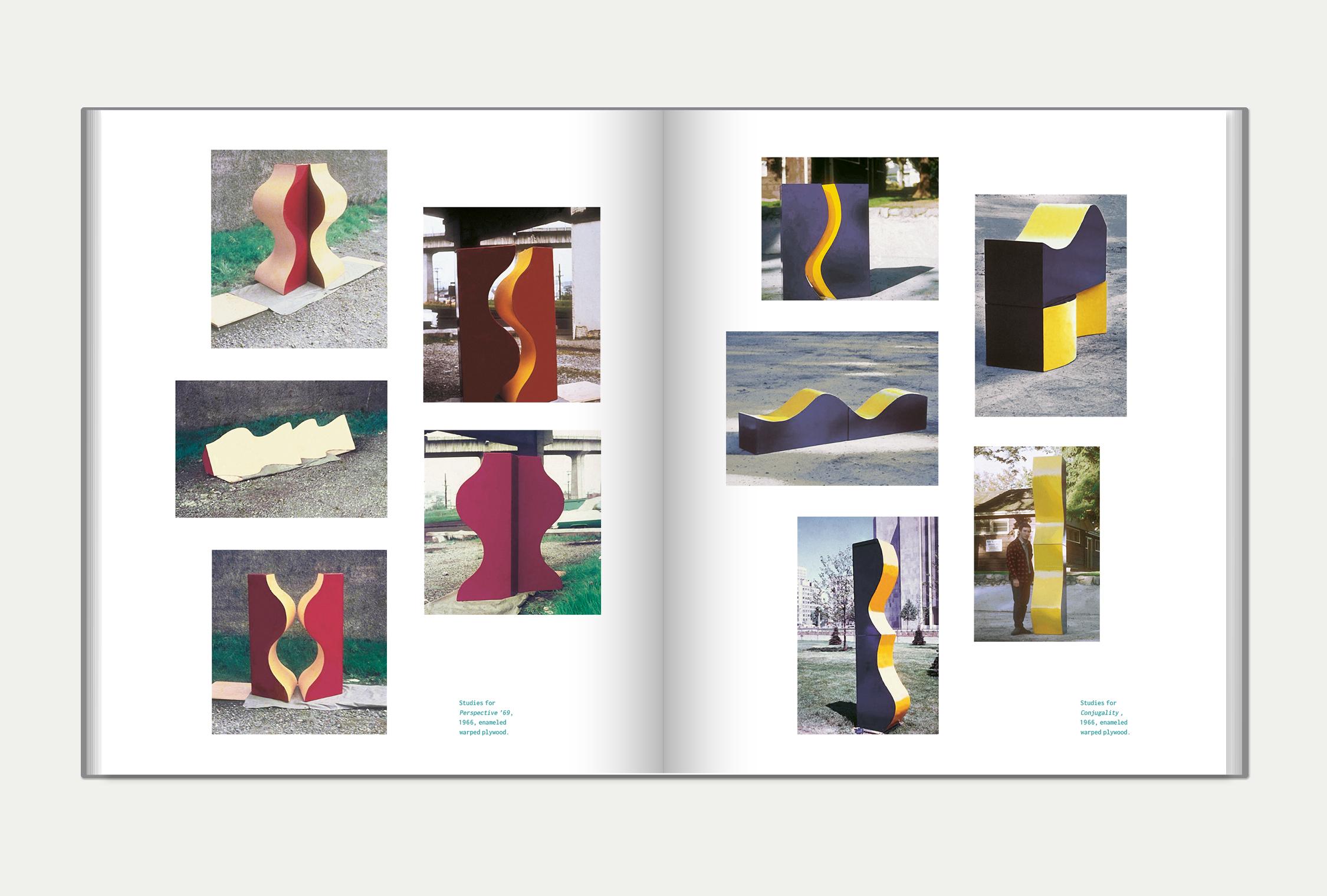 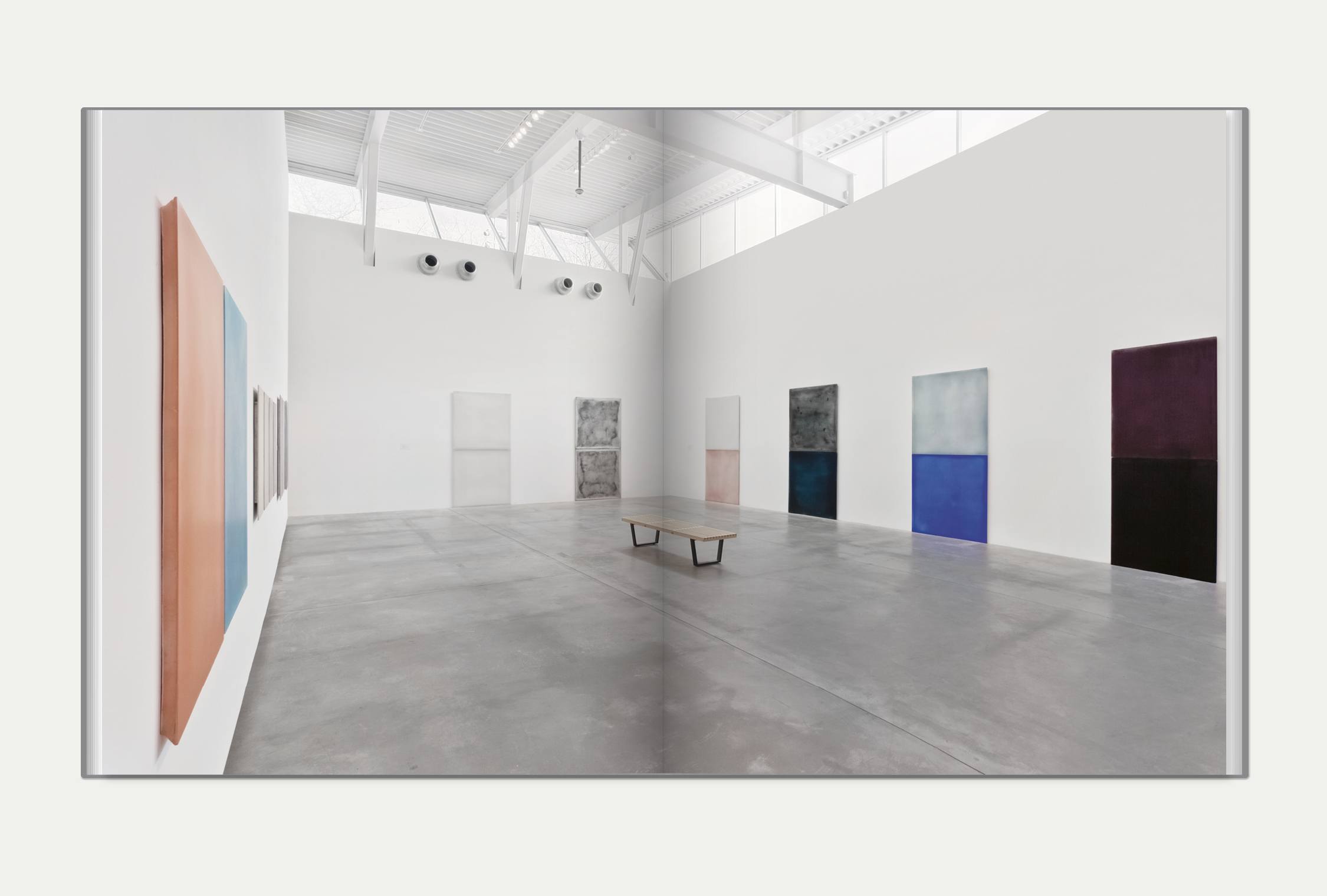 Tom Burrows, and the exhibition that preceded the book, presents work by the artist from his early career to the present. The book is a timely refocusing of attention on an artist who has made an immense contribution to the development of art in Vancouver, not only as an artist but as an educator and activist as well. Burrows first rose to prominence in the late-1960s and was included in several exhibitions at the UBC Fine Arts Library, an institution that was seminal in encouraging Vancouver’s growing and now vibrant art community. In 1975 he received a United Nations commission to document squatters communities in Europe, Africa and Asia, a work that is now in the Belkin’s collection. Burrows’ work, which demonstrates an interest in process and new materials, has encompassed a number of disciplines including sculpture, early performance art, video, painting and iconic hand-built houses on the Maplewood Mudflats and Hornby Island. Currently most well known for his innovative monochromatic cast polymer resin “paintings/sculptures” produced during the last forty-five years, the book examines the full breadth of his career with works from the Belkin’s permanent collection as the basis with other works from the artist, collectors and public institutions.

Burrows has had solo exhibitions in London, Rome, Tokyo, Berlin, New York, Edinburgh and across Canada. His work is included in private, corporate and public collections in Europe, Asia and the Americas.

Ian Wallace was born in Shoreham, England in 1943. After completing his studies at the University of British Columbia and graduating with a Master’s Degree in Art History, he taught art history at UBC from 1967 to 1970 and at the Emily Carr Institute of Art and Design from 1972 to 1998. Wallace has been active in the creation, promotion and appreciation of innovative processes in contemporary art practice through writing, teaching and exhibiting his work. Wallace has been an influential figure in the development of an internationally acknowledged photographic and conceptual art practice in Vancouver. Ian Wallace is represented by Catriona Jeffries Gallery, Vancouver; Hauser & Wirth, London, New York and Zurich; Jessica Silverman, San Francisco; and Galerie Greta Meert, Brussels. In 2004 he was the recipient of the Governor General’s Award for the Visual Arts and in 2013 appointed Officer of the Order of Canada.

Scott Watson is Director of the Morris and Helen Belkin Art Gallery and Head of the Department of Art History, Visual Art and Theory at UBC. Recent distinctions include the Hnatyshyn Award for Curatorial Excellence (2010) and the Alvin Balkind Award for Creative Curatorship in British Columbia Arts (2008). Watson has published extensively in the areas of contemporary Canadian and international art. His 1990 monograph on Jack Shadbolt earned the Hubert Evans Non-Fiction Prize (1991). He has enacted numerous exhibitions including Mark Boulos (2010); Jack Shadbolt: Underpinnings (2009); Intertidal: Vancouver Art & Artists (2005/06) at the Museum of Contemporary Art in Antwerp; and Rebecca Belmore: Fountain (2005) for the Venice Biennale Canadian Pavilion.