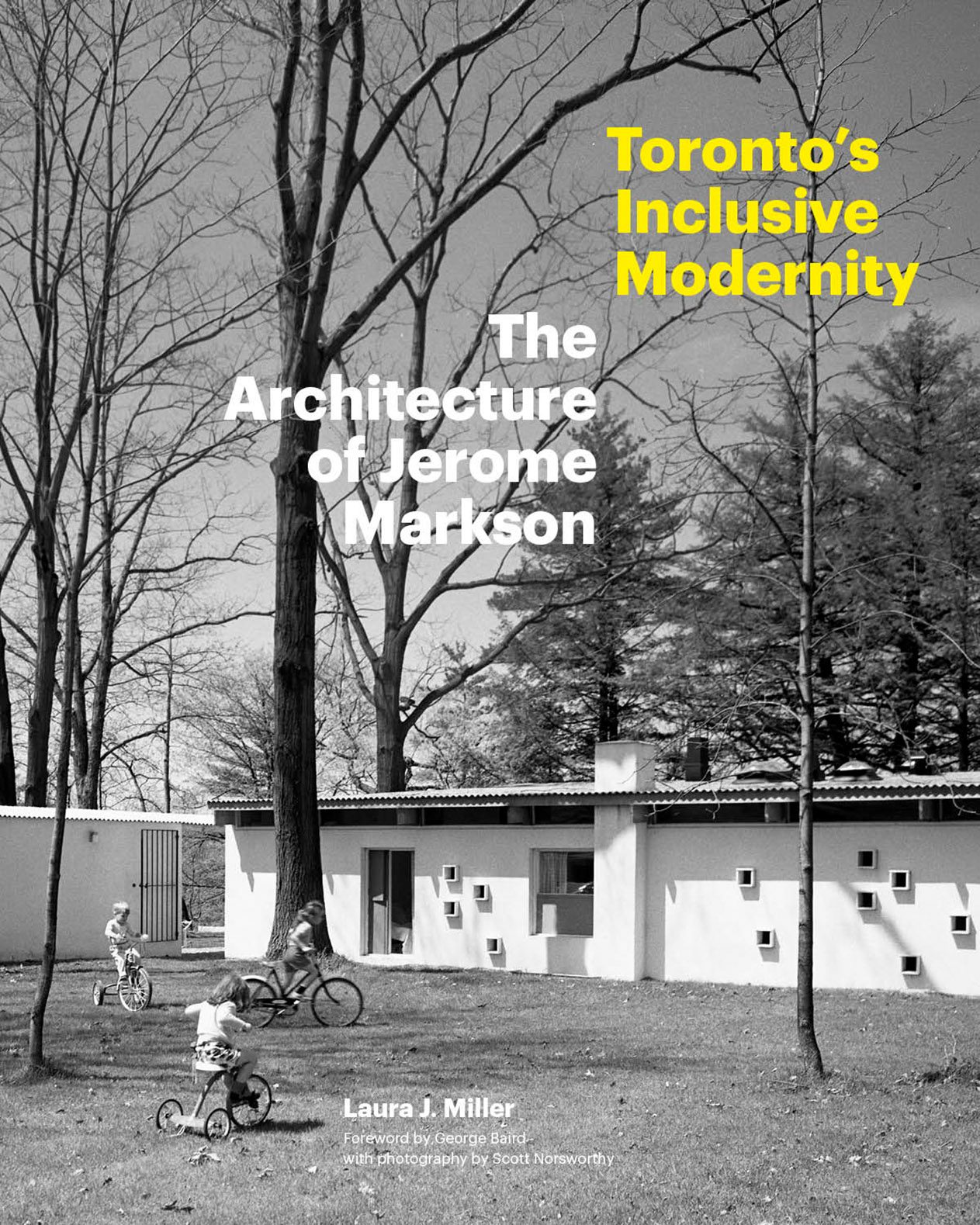 The Architecture of Jerome Markson

Laura J. Miller et al. In collaboration with the University of Toronto

The first comprehensive critical assessment of Markson’s diverse body of work, interwoven with an account of Toronto’s emergence as a cosmopolitan city.

“An essential book, both comprehensive and highly readable. Toronto’s Inclusive Modernity brings Markson out of the shadows, revealing a major talent who is deeply Torontonian and whose architecture helped make the city what it is.”

—Alex Bozikovic, The Globe and Mail 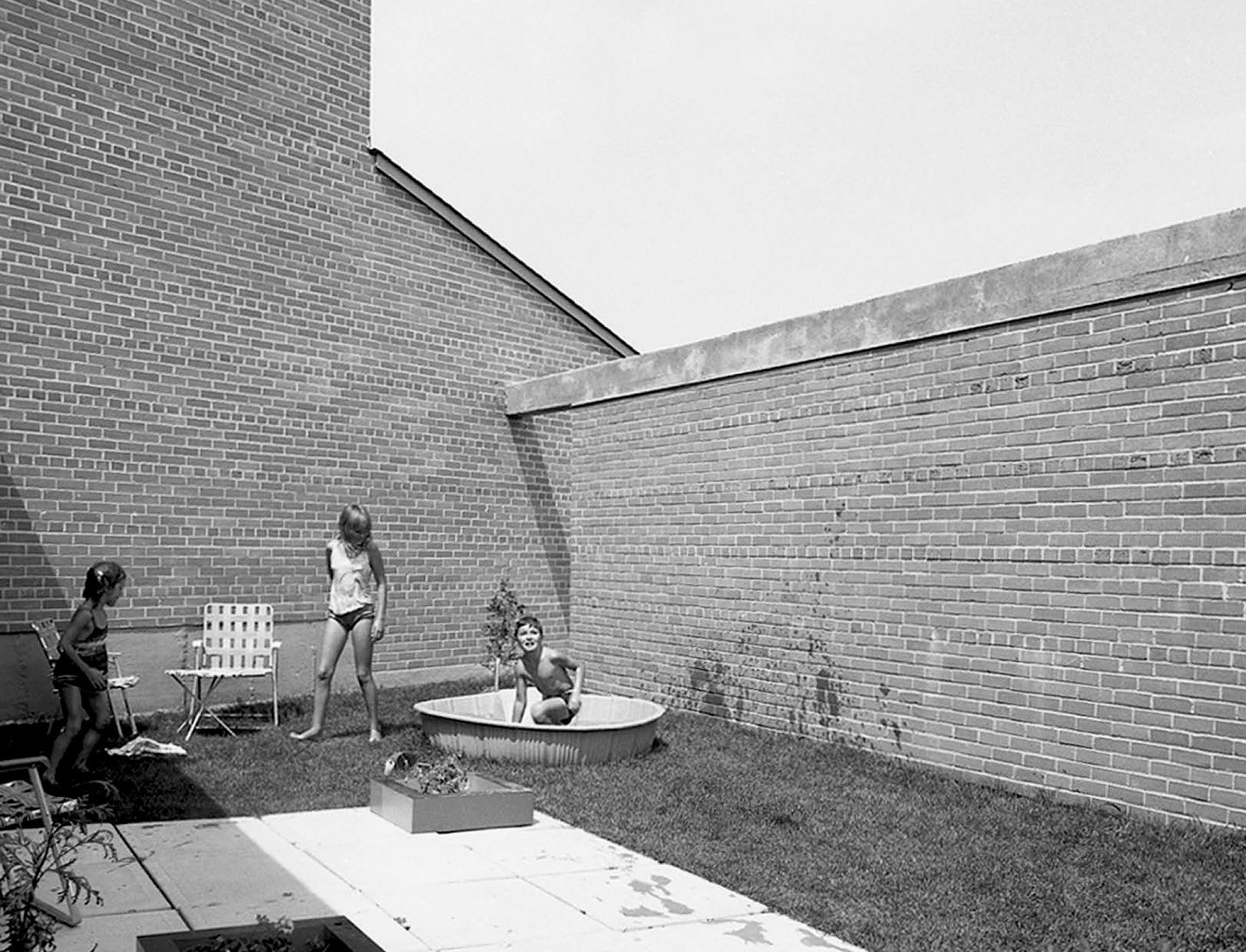 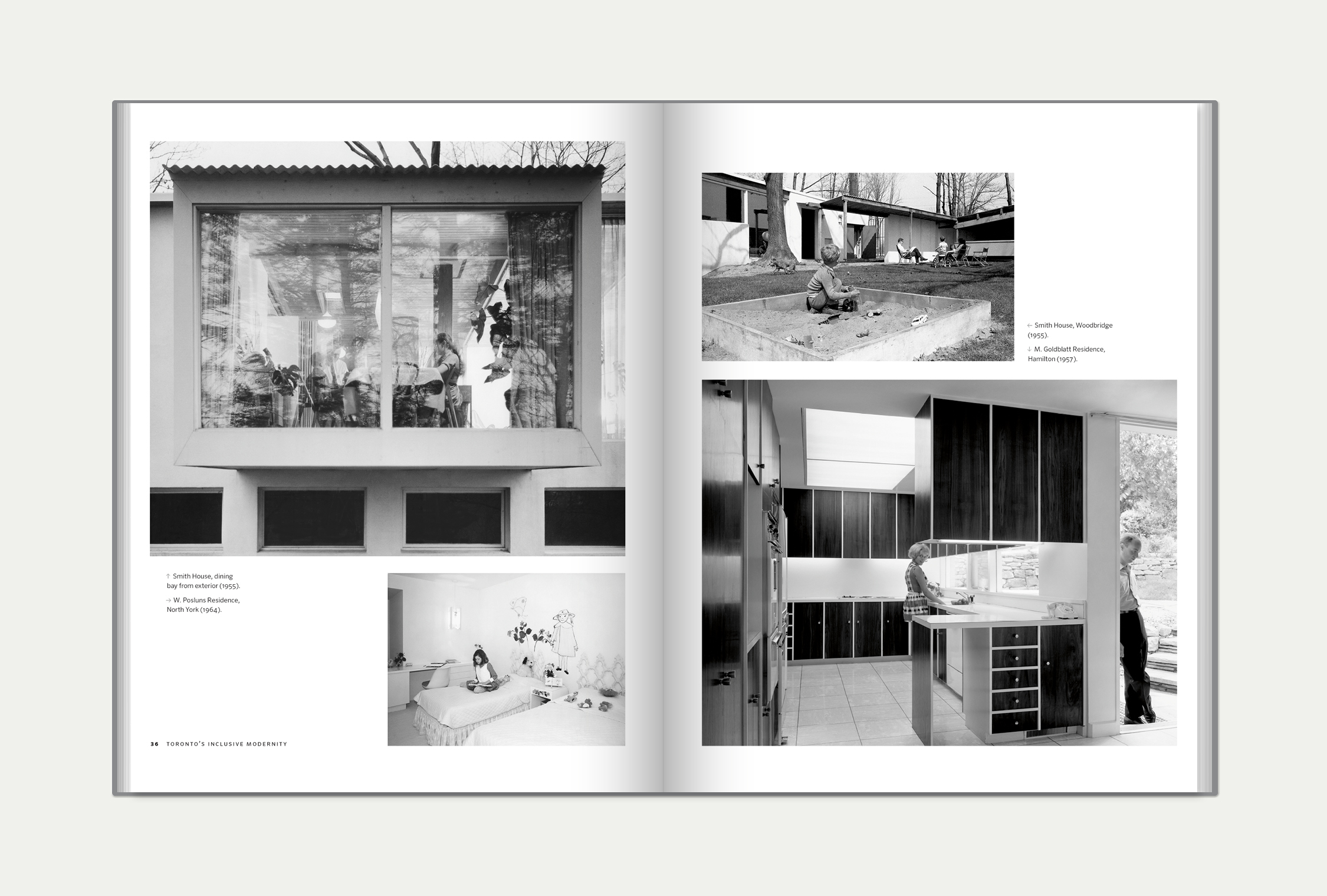 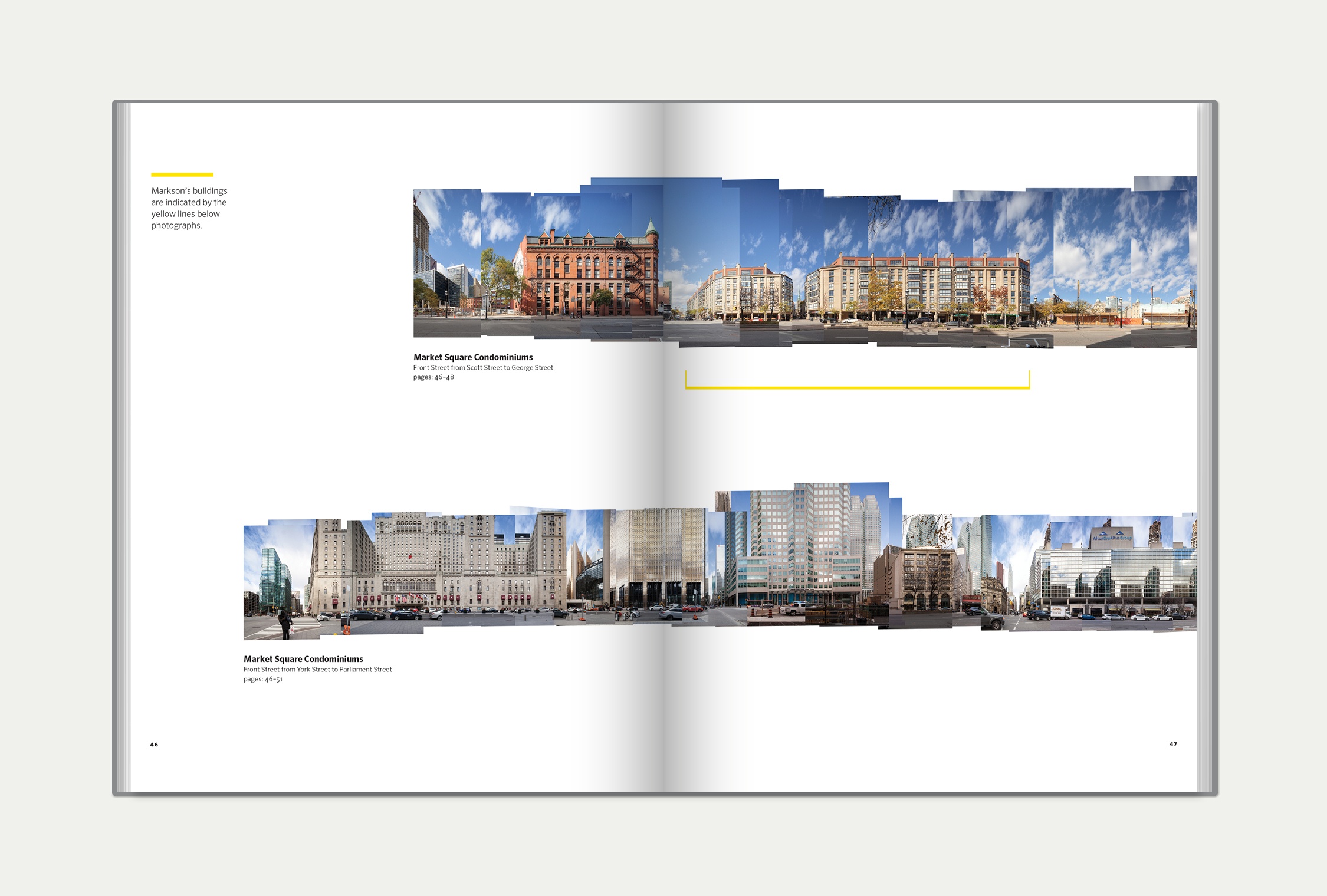 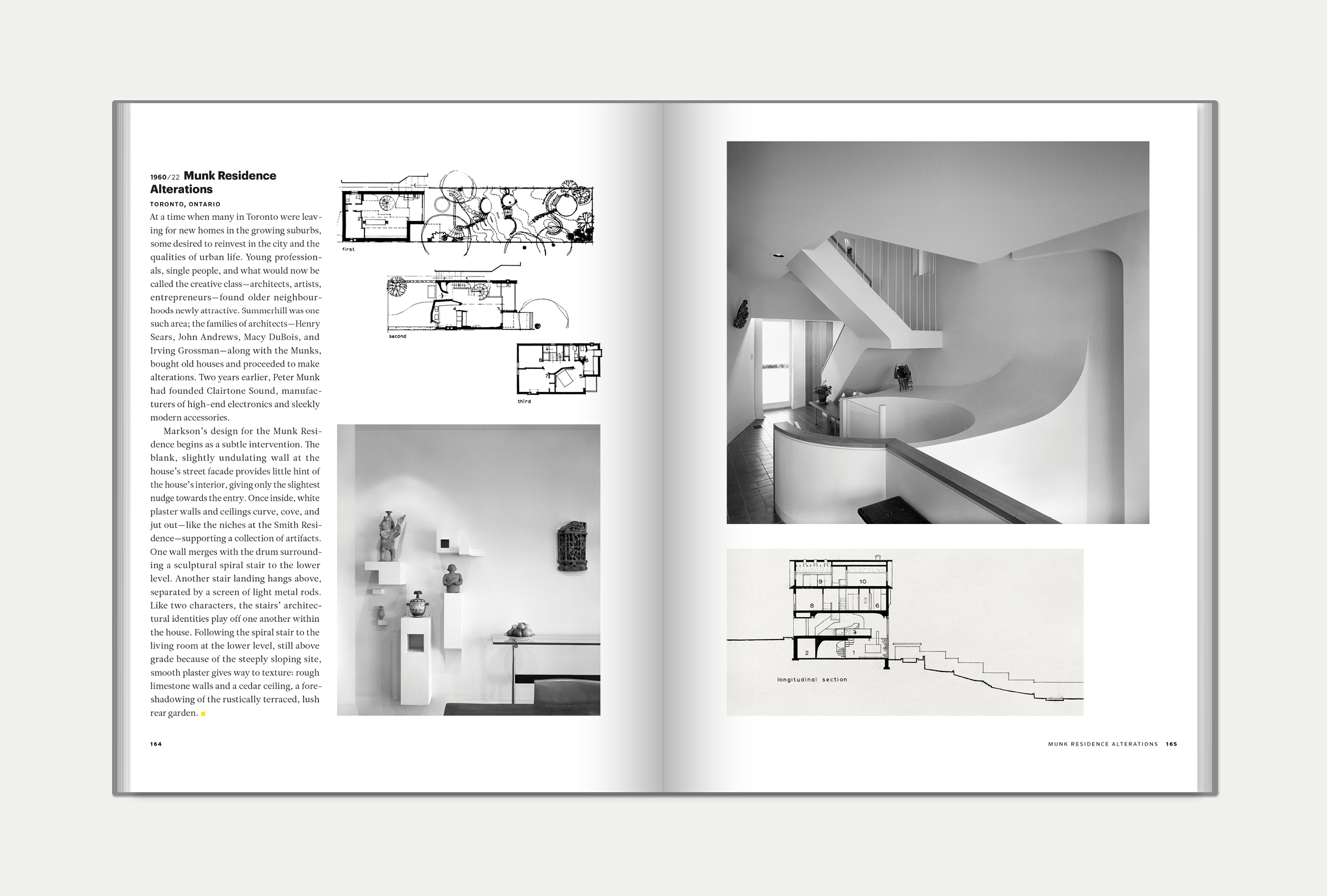 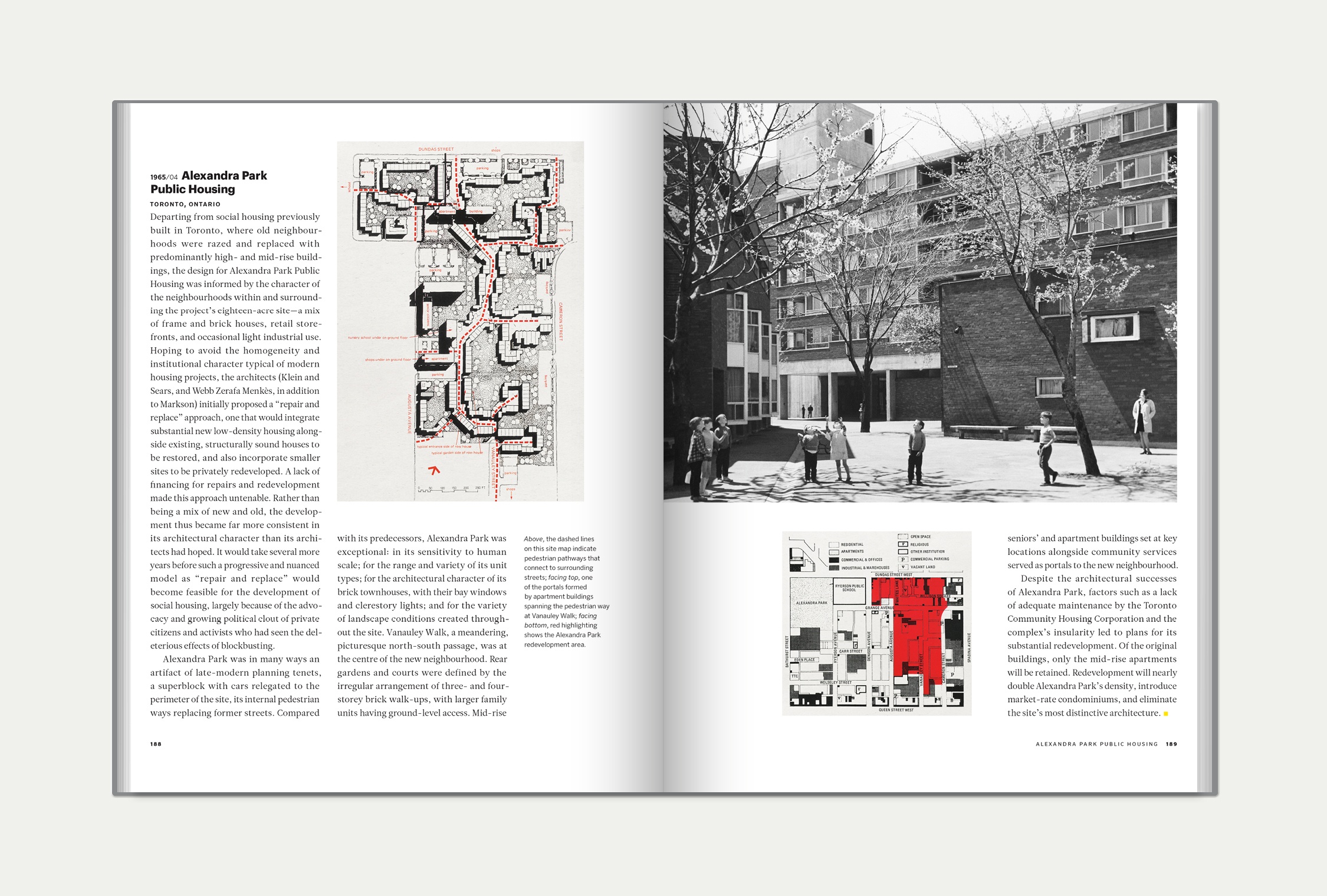 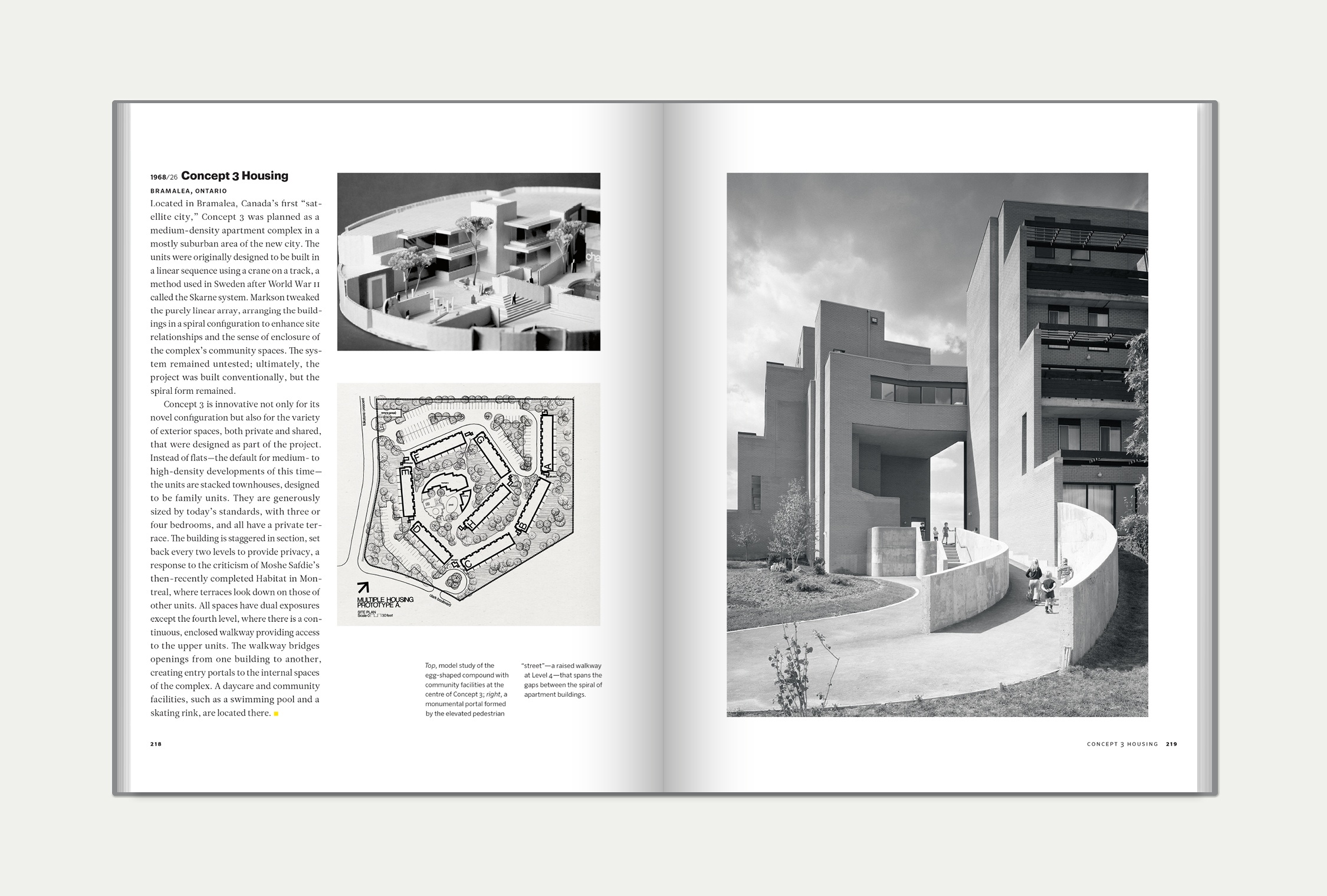 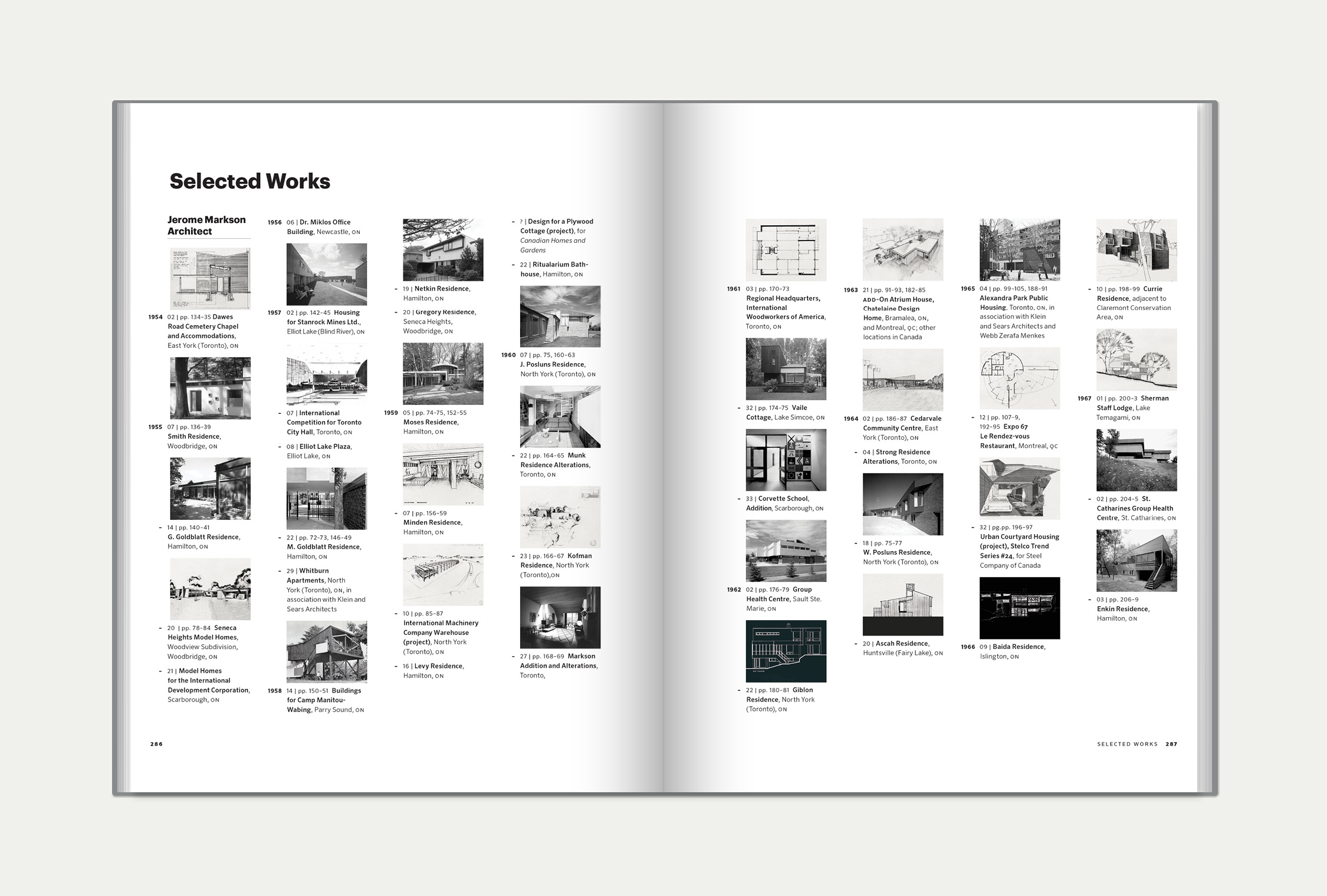 Toronto’s Inclusive Modernity: The Architecture of Jerome Markson is the first comprehensive, critical assessment of Markson’s diverse body of work, which reflects the creative symbiosis that arose from his lifelong engagement with the post-war city of Toronto. Markson’s nearly six-decade-long architectural practice maps a time of profound transformation for Toronto, and for Canadian society. His buildings, which include speculative homes for fledgling suburbs, bespoke private houses, social housing in downtown Toronto, luxury landmarks like the Market Square condominiums, and important cultural and institutional buildings, were harbingers of important shifts in sociopolitical attitudes, urban policies, and modes of architectural production. Markson pursued an open, inclusive expression of modernity that left behind late-Modernism’s formal legibility in favour of an increasingly idiosyncratic formal, spatial, and material expression.

Markson’s work is examined through three frameworks: his use of photography to situate architecture as an inclusive cultural medium; his nuanced responsiveness to Toronto’s fast-evolving urban and suburban geographies; and the ways in which diverse influences—including the Finnish architect Alvar Aalto, Britain’s Townscape movement, and vernacular architecture—were instrumental in his development of a more pluralistic, materially-oriented approach in his architecture.

Extensive illustrations include architectural drawings, contemporaneous images from popular publications such as Maclean’s and Chatelaine, and photo-composites portraying selected Markson buildings as part of the larger urban scene within today’s Toronto.

Laura J. Miller is trained as an architect. She has had a diverse career as a designer, educator, and scholar. She was a member of the architecture faculty at Harvard’s Graduate School of Design for over a decade, and was the American Fellow in Architectural Design at the Radcliffe Institute of Advanced Study (2003–04). Currently, she is Associate Professor of Architecture at the John H. Daniels School of Architecture, Landscape, and Design at the University of Toronto. A Quite Individual Course: The Architecture of Jerome Markson, an exhibition curated and designed by Miller, opens in January 2020.

George Baird is emeritus professor and former dean of the John H. Daniels Faculty of Architecture, Landscape, and Design at the University of Toronto, and founding principal of Baird Sampson Neuert Architects, Toronto. He received the Gold Medal of the Royal Architectural Institute of Canada (2010), and the AIA/ACSA Topaz Medallion (2012).

Scott Norsworthy is an architect and photographer based in Toronto. He documents award-winning projects for firms across North America, including Arup, Shim Sutcliffe Architects, and KPMB. His work is published internationally and has been included in numerous exhibitions.

“My sense is that while making this serious and scholarly volume on the architecture of Jerome Markson, author Laura Miller also had fun.”

“His buildings and urban works were harbingers of important shifts in sociopolitical attitudes, urban policies, and modes of architectural production.”

“Markson’s portfolio is a testament to both humility and humanity.”