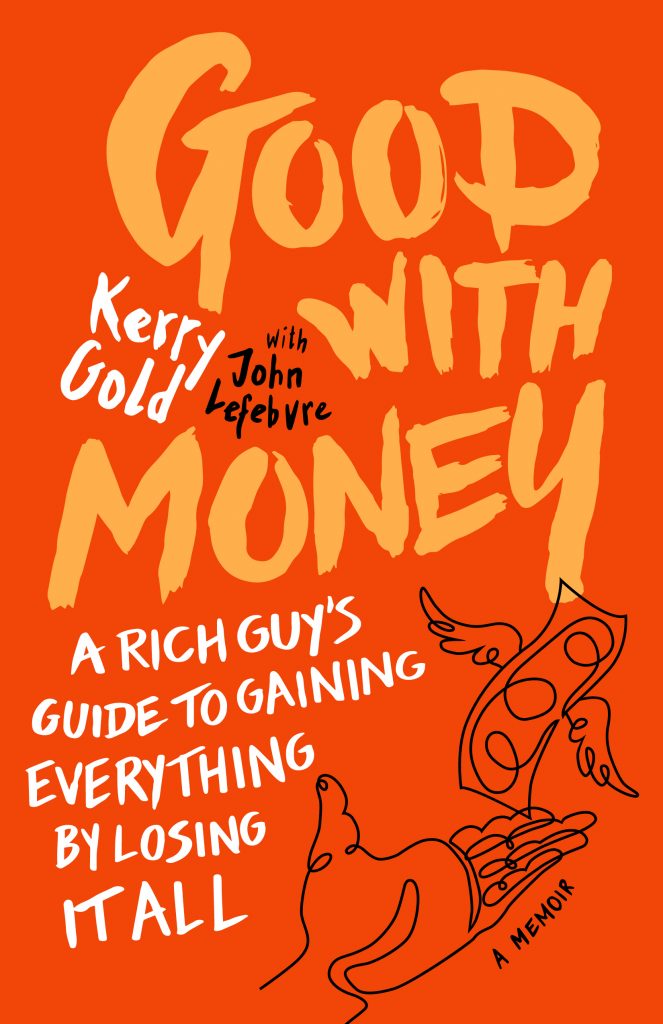 What would you do if you were worth $350 million dollars? Would it change who you are—or would you use it to change the world?

In the late nineties, John Lefebvre was approaching middle age and living out an unpromising legal career in Calgary. Then he jumped on board a dot-com start-up as a founder of Neteller, an online payment company. As Neteller’s fortunes rose along with those of the online gambling industry, the pay-off for Lefebvre and his partners would be astronomical. But it didn’t come without a price.

This is the story of what happens when a pot-smoking lawyer who only wanted to play music ends up as one of the lucky winners in the Internet boom. From Lefebvre’s early years as a teenage slacker in Calgary to his arrest by the FBI at his mansion in Malibu, to the many unusual ways Lefebvre has spent or given away almost all of his fortune, Good With Money is inspiring, cautionary, and always entertaining.

Kerry Gold tells the story with verve and an arched eyebrow, giving insight into the blessings and perils of sudden wealth while posing the big question: what does it really mean to be good with money?