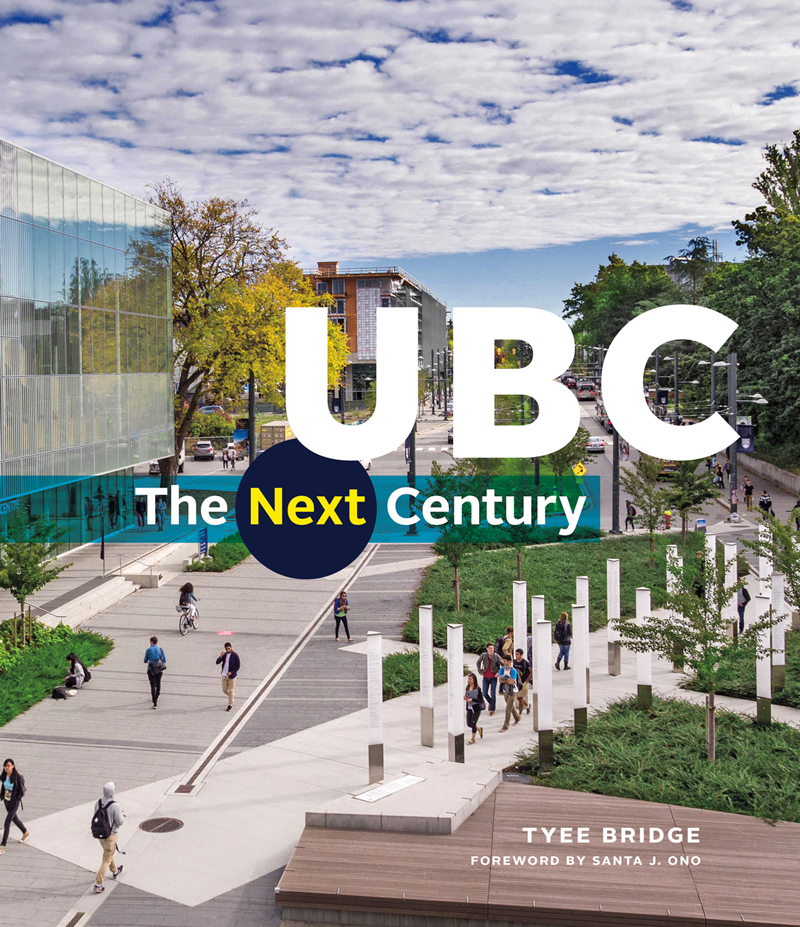 Cover Reveal: “UBC: The Next Century”

As the University of British Columbia enters its second century of existence, UBC: The Next Century celebrates the many accomplishments of this vibrant institution. Among the top universities in Canada and the world, UBC is known for its diverse student body, its groundbreaking research and its intimate ties to its surrounding community. Notable alumni include Canadian prime ministers and Supreme Court justices, Nobel laureates, Rhodes scholars, Olympians, and leaders in every field, from business to music to journalism to law.

Accompanied by a rich array of photographs, short articles by Tyee Bridge capture the people, places, and pursuits that animate UBC, from the athletic feats of the UBC Thunderbirds to research in quantum matter to campus traditions like Day of the LongBoat and Storm the Wall. UBC: The Next Century will inspire pride in past, present, and future members of the growing UBC community.