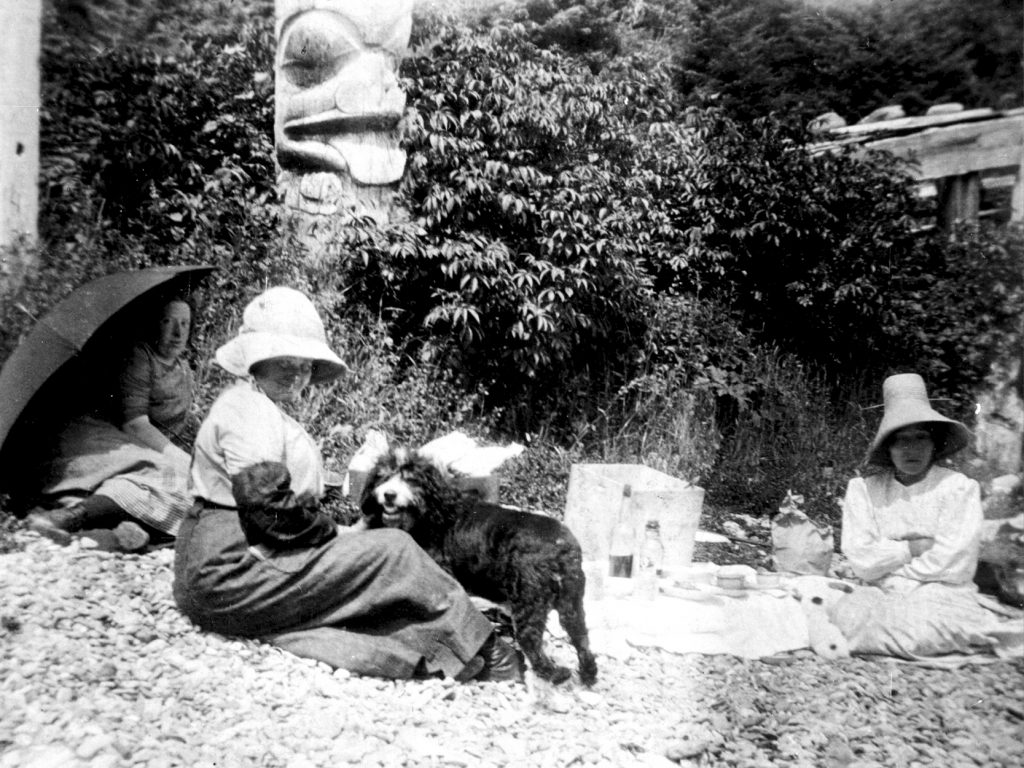 On 4 March 1930, Emily Carr delivered a lecture to a large audience in the Crystal Garden, Victoria’s popular new glass-roofed amusement centre. Later known as “Fresh Seeing,” it was one of Carr’s very rare public speeches and complemented a major public exhibition of her paintings, the first in her hometown of Victoria. In her address she sought to explain modern art to a general audience whose previous attitude toward the subject probably ranged from mystified to hostile. Through terms both considered and impassioned, Carr invited her listeners to cultivate an understanding of and openness toward the progressive art of her time. “The address is typical of Emily Carr,” her friend and literary executor Ira Dilworth later wrote. “It is forthright, challenging, down-to-earth, witty. It reflects the philosophy of her whole life as a painter.” Much to Carr’s surprise, her audience responded warmly and, after her talk, she was feted as a local hero—a local hero of national standing.

Carr began by recounting her own reactions on first encountering modern art in Paris some two decades earlier. This reference is notable: the 1930 lecture and exhibition were the consequence of a succession of conditions and events, all linked in some way to her time in France and the modernist way of working she had learned there.

In the two years previous to her talk, Carr had emerged from an extended period of creative diminishment. This bleak time was precipitated by what she felt was the negative reception of the vivid, Post-Impressionist paintings she had created following her six-week sketching expedition to northerly First Nations sites in 1912. In April 1913, Carr mounted a large exhibition in her Vancouver studio of these French-influenced, First Nations–themed works, which she believed constituted an important historical record while also displaying her fluency in the visual language of modernism. It was her hope that the provincial government would purchase the entire collection. When the proposed sale was refused, she was deeply disheartened. At the same time, a downturn in the provincial economy undermined her aspiration to continue operating a teaching studio in Vancouver.

This was an era when very few women in Canada could support themselves as professional artists—never mind as Post-Impressionists in a deeply conservative environment. As Maria Tippet has observed, it was also a time when women were “barred from membership in most of the country’s professional art organizations.” Single, with limited means, and without a supportive network of fellow modern artists, Carr could no longer centre her existence on painting. She returned to Victoria, borrowed money, and had a small apartment house built on land she had inherited from her father. Her plan was for the rental revenue to sustain her art practice, but that didn’t happen. The First World War broke out, the supply of renters decreased, and rents declined. In addition to expending an unhappy amount of time and energy on the drudgery of being a landlady and boarding-house keeper, Carr supplemented her income by breeding dogs; selling fruit, hens, and rabbits; and making rugs and pottery decorated with appropriated First Nations designs, which she knew appealed to tourists. Although she managed to paint a little, applying her Post-Impressionist style to the West Coast landscape and exhibiting in group shows in Vancouver, Victoria, Seattle, and San Francisco, she felt creatively thwarted and professionally isolated. “I never painted now—had neither time nor wanting,” she later wrote. “For about fifteen years, I did not paint.”