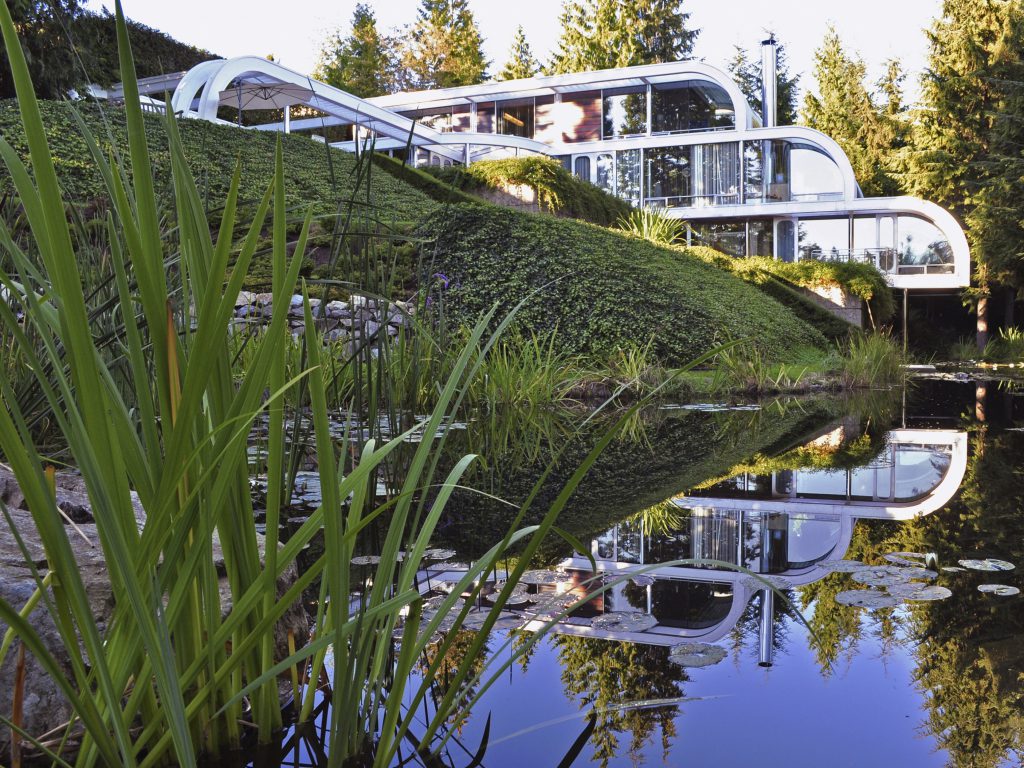 The following abridged excerpt is taken from the Design + Construction chapter in Eppich House II: The Story of an Arthur Erickson Masterwork by Greg Bellerby. Here architect, Arthur Erickson, and associate-in-charge, Nick Milkovich, discuss using steel to construct the property:

Arthur Erickson: For this house, I felt because they were steel manufacturers it would be an interesting opportunity to explore the use of steel in construction. And steel is very different in nature than concrete, it’s a malleable material—it’s plastic in a way. I wanted to show this plasticity in, for instance, taking I-beams and curving them, which would be ridiculous to do ordinarily, and would be absolutely impossible in anyone’s budget. But since they were going to build all of the parts of this house in the Ebco plant, and finish them in the Ebco plant, this was an opportunity to take advantage of steel in unusual ways.

Nick Milkovich: These two gents, Hugo and Helmut, were builders, steel fabricators, and they’re from Europe, so they weren’t too impressed or enamoured with our wood frame construction. They don’t think its durable, and wanted something a little more permanent, like in Europe where places last hundreds of years. The notion of the permanency of the house, minimizing maintenance and all that…that’s where the materiality started. Helmut’s house is concrete, they like permanent materials, and their business is steel, so that’s how the decision was made.

Arthur Erickson: The materials developed in several ways. Steel is I think a very elegant material and basically very light, and that’s what should be expressed. The beams were painted steel, the vertical columns were polished stainless steel, the doors are aluminum, and the siding was dyed steel, all made in the plant.

Nick Milkovich: Arthur did the first organizational plan of the layering of the house in three levels. This one is a reverse of Eppich House I, where the upper level where you enter was the children’s level, the middle level was the common kitchen, living, dining areas, and then the lower level was the master bedroom and den. This one is reversed with the master bedroom and den at the top, the living levels in the middle, and the children’s bedrooms at the lowest level, in the garden. It was partly the situation of how the house sits and where some views are captured. The first house never had any real views—a very distant snippet of Stanley Park, but not much. But this one had more views, which allowed the master bedroom to have a principal outlook from the house.