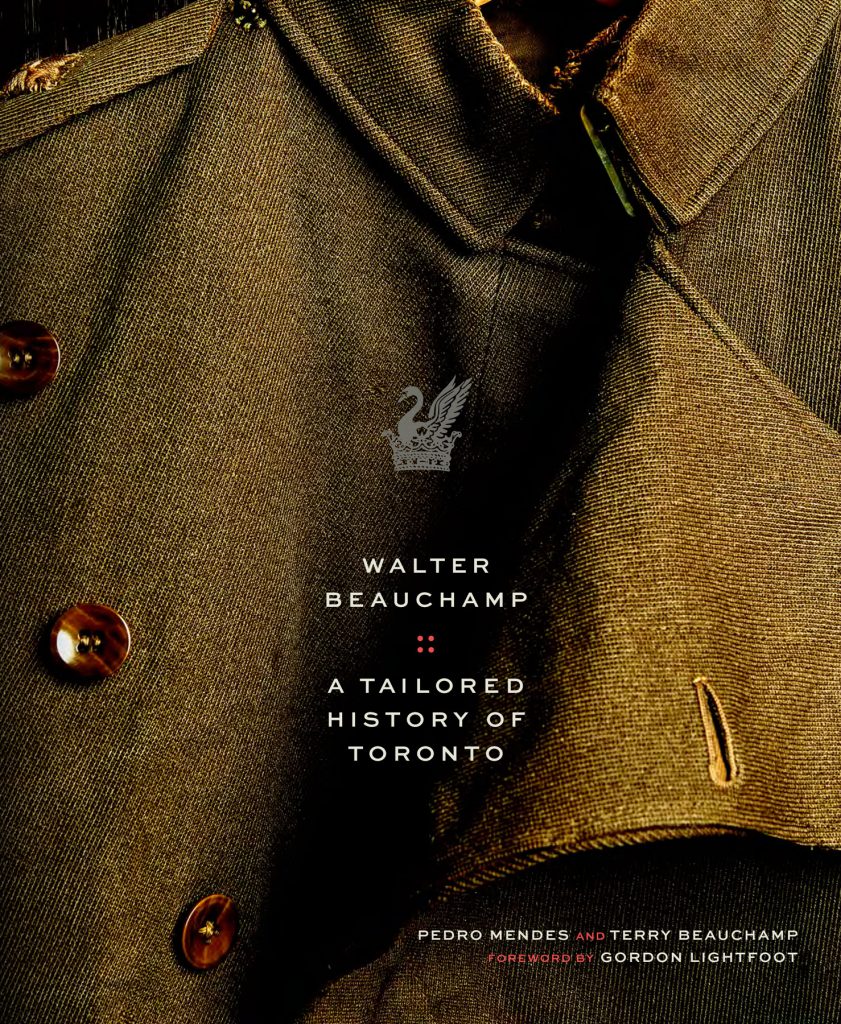 Canadian singer-songwriter Gordon Lightfoot was kind enough to provide the foreword to Walter Beauchamp: A Tailored History of Toronto, a lively tale of how the renowned Toronto company has survived the effects of world wars and the Great Depression, store relocations and the wrecking ball, as well as the fickle face of fashion retail, with grace, and elegance.

When I first entered Walter Beauchamp Tailors in 2003, I had no idea I was becoming a part of history. I needed a new wardrobe for a comeback tour and I knew I could count on Terry, Alfonso, Mary, and everyone at Beauchamp’s to take care of it expertly. They have made me various items over the years, many of which I wear on tour and on stage. The more time I spent with Terry, however, the more I heard about his family’s remarkable history. Come to think of it, that’s probably why we hit it off so well: Terry is part tailor, part storyteller. Sometimes I even wondered if Terry’s extraordinary stories about his father and grandfather, not to mention the legions of customers who shopped at Beauchamp’s, were too good to be true. Turns out, these customers were all real and sometimes even more remarkable than Terry realized. I am so happy for Terry that the history of Beauchamp’s is now revealed in the book you are holding.

But this book is much more than the history of an excellent tailor. It literally rolls out the fabric of our shared history and tells the story of Toronto, and of Canada, from the vantage point of the Beauchamp shop windows. It’s a story that stretches back to before the Great War and into the lives and struggles of generations of Canadians who have served in our Armed Forces. And, of course, it’s a story that takes us into the boardrooms and homes of those who helped to shape Toronto into the city that it is today. And that is what’s so special about this book: the tailor’s perspective. As I can attest, a relationship with a tailor is an intimate one. Sometimes you feel closer to your tailor than to your doctor or your priest. Although, I can assure you, tailor-client confidentiality is never broken (right, Terry?).

What I like most about this book is the personal stories it contains. You will read about the people who wore the clothes Beauchamp’s made and their remarkable adventures. They are soldiers—from those who served at Vimy Ridge in the First World War, to D-Day colonels and their men who served in the Second World War—celebrities, once-notable but now-forgotten figures from the early twentieth century, as well as prime ministers, mayors and judges, authors, explorers, and inventors, younger and older, men and women. What weaves them together is not only a wardrobe tailored by three generations of Beauchamps, but also their remarkable stories that reveal a unique side of our city and our country.

My life’s work is telling stories, Canadian stories at that, so I feel a deep connection to this book and the stories it tells. I like to tell stories about things that really happened, to me and to others. I believe we can learn most about life and ourselves from the stories of others and the stories of our own that we share with others. There’s a lot we can learn from this book, not just about tailoring or Canada’s history, but also about the human spirit.

Walter Beauchamp: A Tailored History of Toronto is available in stores now.