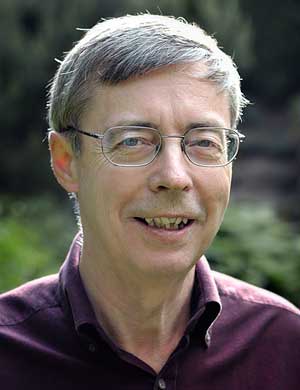 John A. Cherrington is the author of the newly released Walking to Camelot: A Pilgrimage through the Heart of Rural England – a charming 300-mile romp through farm, field and English history, with two crazy Canadians as our guides.

You clearly like to travel! What is your favourite place you’ve visited and why?

I prefer returning to places I love – such as the St. John River Valley of New Brunswick and the Cotswold and Somerset areas of England. Hard to choose a favourite specific spot, but Cadbury Castle in Somerset would be one; another would be Glastonbury Tor, the ancient spiritual capital of Britain. I also enjoy northern France. Places that have exciting historical roots excite me.

What do you always carry with you when you travel?

When I travel I always carry a bottle of water, a notebook, a camera, and a miniature recording device so I can record glimpses of life along the way. I don’t necessarily record any conversations unless the other party is willing.

Books and authors I love include –

Authors I love (contemporary) include Peter Ackroyd, John Banville, William Horwood, Michael Wood, Edward Rutherford, and Jack Whyte. One of my favourite books is Sarum by Rutherford. Jack Whyte is one of the most talented historical fiction authors in the world and is of course from B.C. His Arthurian series and subsequent works are the best examples of top shelf historical fiction.

Why did you decide to take on the historic Macmillan Way?

I decided to walk the Macmillan Way because it was one of the only long distance walks that traverses the central and southern portions of the country from north to south, as opposed to east to west; secondly, the route passes through diverse landscapes – from the Fens near Boston to the rolling hills of Northamptonshire, to the vales and coombes of the Cotswolds, on through the Dorset uplands, and down to Chesil Beach on the English Channel. Along the way, one encounters Cadbury Castle, legendary situs of King Arthur’s Camelot.

What did you learn about yourself during the 300 mile romp?

Walking Macmillan, I learned to master and endure varying forms of weather, fatigue, and foot damage. I also discovered how easy it can be to walk beyond the wardrobe door of C.S. Lewis to the land of Narnia and experience a wholly different world than that encountered by car.

Finally, what can readers expect from you new book Walking to Camelot?

Readers can expect to be treated to adventure, history and culture where perhaps they least expect it, as well as discover some new facts about the English – how gourmet for example the food has become at English gastropubs; how warm rural people can be toward visitors. The reader will feel herself treading on paths worn deeply into the earth, often “hollow ways,” taking steps along old routes walked for hundreds and often thousands of years by remote ancestors. Finally, the reader may want to visit this magical world beyond the garden gate, to explore a quieter dimension that hearkens back to a slower paced time – and indeed observe and visit pubs, homes, castles, and guest houses that have not materially changed over hundreds of years. The joys of walking are for everyone – young and old, as one does not have to be a rugged “hiker” to partake in this activity.

John A. Cherrington is the author of three works of historical non-fiction, including Vancouver at Dawn which was awarded runner-up for the City of Vancouver Book Prize. He has done extensive work in heritage preservation and was awarded the 125th Anniversary Governor-General’s Medal for significant contribution to community and country.

Walking to Camelot is available in book stores now.