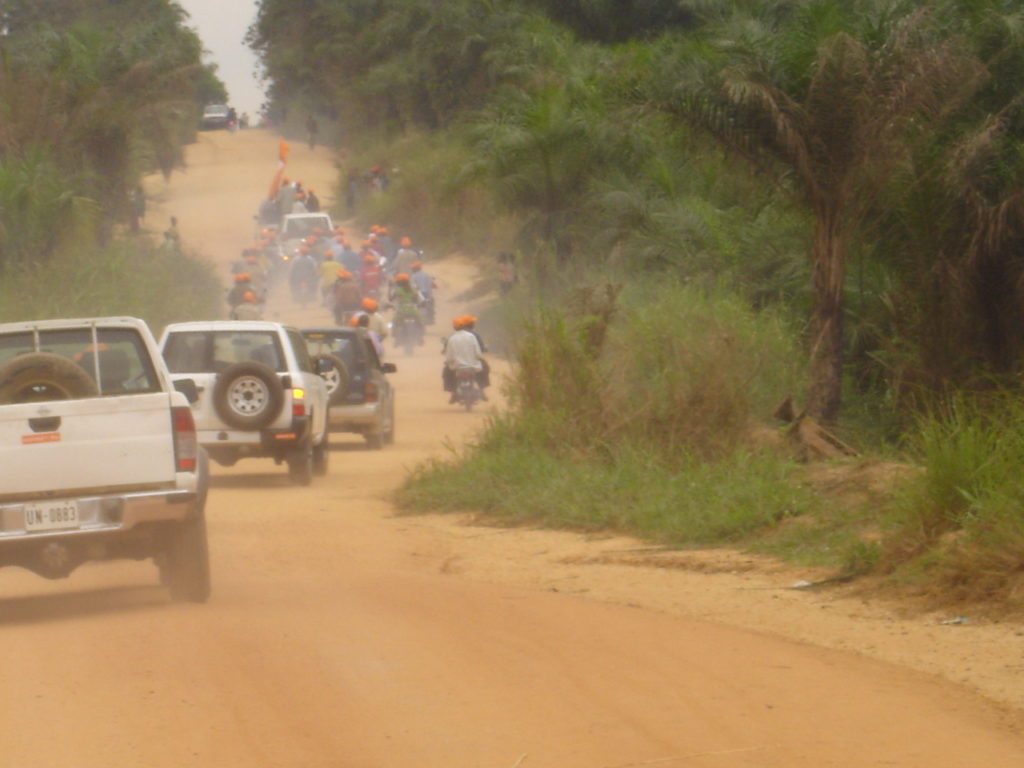 How often do you wish you had visuals when reading nonfiction so you can get a better picture of the story? Here Jennifer Bakody shares a selection of photographs which highlight life in the Congo as described in her newly released book, Radio Okapi Kindu. A MONUC helicopter: It was a lifeline in Kindu, and for us at the radio, our only way to reach the hinterlands. Whatever the reason, whatever the destination, we didn’t care. Provided MONUC AirOps granted us a seat, we would always cover the goings-on that justified the roughly $15,000 cost of the flight… On average, there was one flight a week. The Congo River… the Lualaba—that barraged through Kindu, at once dividing the city’s municipalities from each other and uniting them (in theory) via a national network of currents and tributaries—was raw, secretive, inhospitable. I was following Mamadou into his office, soon to be mine, through a door at the back of the newsroom, next to the photocopier… more often than not, if anybody had been looking for me, they would’ve found me in my office, sitting behind the computer. I often accompanied MONUC colleagues to places like Kindu Central Prison (to take pictures of new mattresses being handed out)… Several days ago, Mamy had reported that some prisoners down the street were verging on starvation—among them, a boy of eleven mixed into the general population; he’d been jailed without trial for stealing someone’s cellphone.