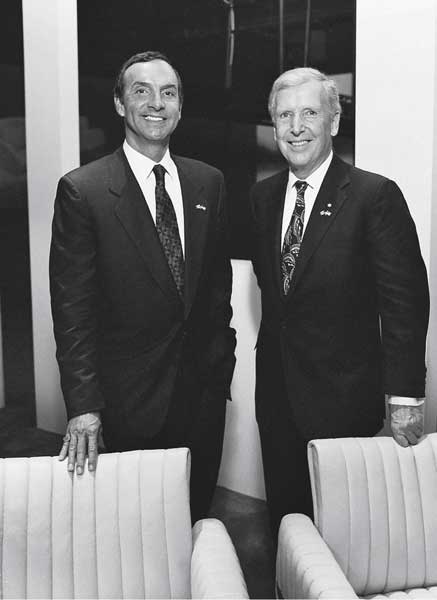 Recollections of Francisco Kripacz, and his collaboration with Arthur Erickson

I have wonderful memories of Francisco, going all the way back to Expo ’67 when my brother Christopher and I stayed at his apartment in Montreal. The interiors of Francisco’s pad were like nothing I’ve ever seen. Arthur and Francisco were so generous, bringing us exotic gifts from their world travels. They would give my mom and grandmother gorgeous fabrics which their dressmaker would turn into beautiful outfits. I remember one Halloween in the early 1970s when they brought back enormous fireworks on the plane from China. Francisco fused together a row of “Roman Candles” on the hill in Arthur’s garden, and what a show when he lit the fuse! The scale of the fireworks was far beyond anything we expected and it attracted a throng of neighbours, and the police.

Arthur and Francisco befriended and entertained the A-list of the Hollywood crowd in L.A., and the arts crowd in New York, including Andy Warhol who wanted Arthur to design a house for him. They became famous for their parties, which the press covered in great detail. It got to the point where Francisco’s friend—the famous couturier Hubert de Givenchy—came to depend on him to organize his birthday parties! (Givenchy was the one who dressed Audrey Hepburn, Lauren Bacall, Marlene Dietrich).

Francisco was always the most fashionable person I knew, and wore the best designer’s clothes—but only once or twice—before he’d give them to “the boys”. Once a year we would receive packed designer suitcases filled with elegant (and sometimes wild) outfits. When I travelled, Arthur and Francisco would make arrangements for me to meet interesting people. On my first trip to L.A., I stayed in the Belair mansion of Geoffrey and Jasmine Lindsay, who were also close friends of Elizabeth Taylor. In the disco era I visited “The Saint” nightclub with Francisco in New York. He was treated like a star there, where he was an inaugural member. They had turned the old Filmore East concert hall into a suspended high tech planetarium with a revolving dance floor overflowing with dry ice, and the stage was turned into a giant bar. Francisco got the star treatment everywhere we went including the Calvin Klein showrooms designed by his friend Joe D’Urso, who he arranged for me to meet. Joe gave me sage advice on the interior design business, which I was considering at the time.

Francisco said that his proudest achievements were the interiors for Roy Thomson Hall, (with furnishings manufactured by Nienkamper), and the Hugo & Brigitte Eppich House, (with furnishings manufactured by Ebco). Along with the family, I am proud to be able to work with these great companies on the Erickson Design Collection that Arthur and Francisco had wanted to launch in their lifetimes.

Francisco was very particular about design and style and the designs he worked on with Arthur had a timeless, classical quality. Socially he kept Arthur connected with the “In-Crowd” around the world. They were unlike any other Canadians in their sophistication and worldwide connections. It was always exciting to see them, and experience their warmth, generosity, and tales of worldly adventure.