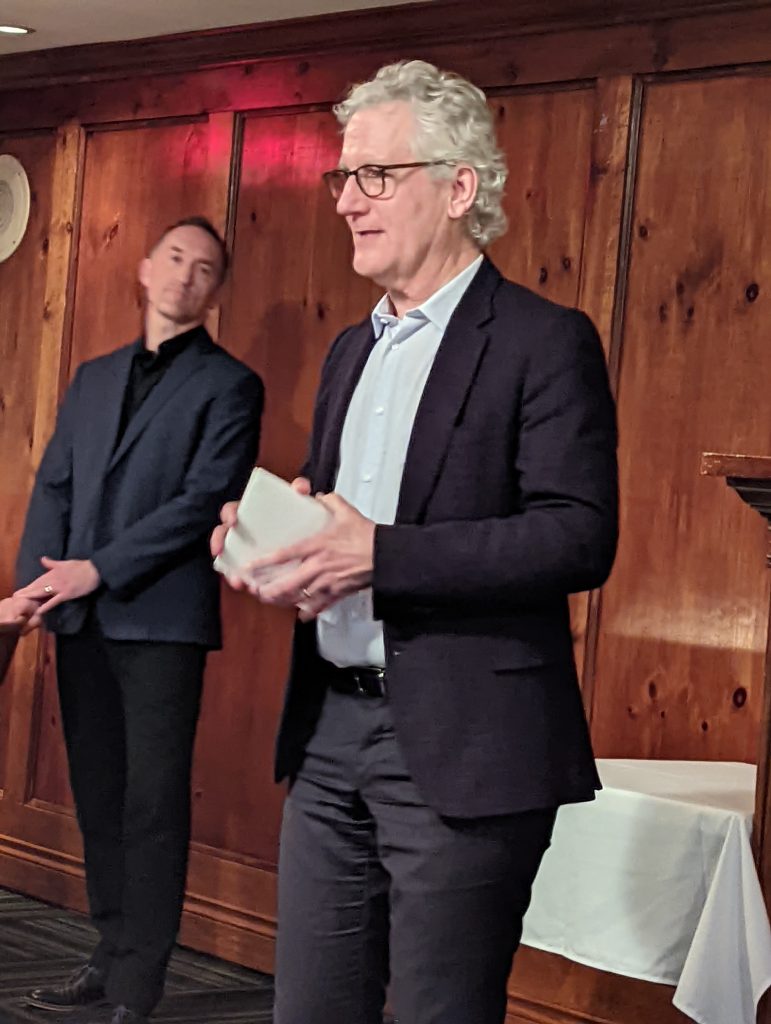 Richard Nadeau Retirement at Seasons in the Park

Last night we had the pleasure of gathering for a retirement soiree at Seasons in the Park restaurant to celebrate the retirement of Richard Nadeau, former Executive VP, Sales & Distribution and co-founder of Figure 1 Publishing. As Richard said himself, it was great to have so many wonderful people from the publishing world all in the same room together after two years of distancing.

“Richard has had a long and remarkable career in books. We’ve worked together for two decades now, with the past nine as co-owners of Figure 1 perhaps being the most intense and rewarding of our careers,” says Chris Labonté, publisher and president of Figure 1. “I’m going to miss his thoughtful counsel, his business acumen, and his willingness to take a call at a moment’s notice. He has been a truly great partner. He is a great book person and an even better person person. Everyone at Figure 1 is going to miss him.”

Nadeau has held a variety of positions in the book industry over a thirty-year career, including researcher, bookseller, associate publisher, and sales executive. He started as a bookseller at Flora & Fauna Books in Seattle in 1990, then moved back to Canada where he worked as a bookseller at Duthie Books’ flagship store on Robson Street in Vancouver. In 2003 he became a sales representative for Douglas & McIntyre and Siddall & Associates, and then Sales Director for the D&M Group. In 2012 he co-founded Figure 1 Publishing and headed up the company’s global sales and distribution networks.

“I’ve been extremely lucky to have worked with some of the smartest and most creative people in the book trade, from booksellers to sales reps, publishers, publicists, authors, editors, creative directors, curators, and chefs,” says Richard. “It has been a joy to work with my amazing colleagues at Figure 1 for the past nine years, and with my business partner, Chris Labonté. I will be cheering them on from afar as they forge ahead into their bright future.”