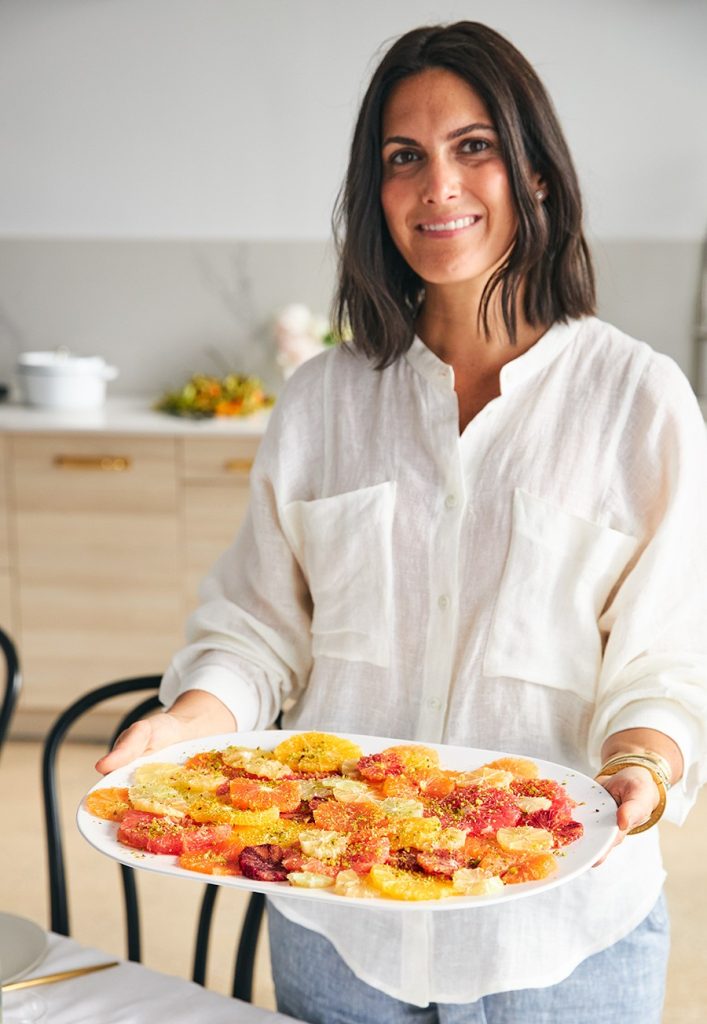 Kim Kushner is a culinary educator and the author of three bestselling cookbooks: I ♥ Kosher, The New Kosher, and The Modern Menu. Raised in Montreal, Canada, Kim learned to cook at an early age from her Moroccan-born mother and spent summers with family in Israel. A graduate of the Institute of Culinary Education in Manhattan, she has developed recipes for Food & Wine and Chile Pepper magazines, and has worked as a private chef. In 2005, she launched Kim Kushner Cuisine and now travels the world teaching her wildly popular cooking classes. Kim’s cooking style reflects her busy life as a mother of four, a teacher, and an author. Her flavor-packed recipes are made with straightforward techniques that bring ease, time-savings, and creativity to the kitchen. She’s become well-known in New York City and abroad for her healthy and hearty dishes made from locally grown produce—not necessarily the first thing that comes to mind when thinking of kosher cuisine.

Kim has appeared on the Today Show and has been featured in the New York Times International Edition, Huffington Post, Saveur, and the Chicago Tribune, and is recognized as a leader in redefining kosher cuisine; her cookbooks feature everyday recipes for delicious and artful dishes made from accessible, seasonal ingredients. Kim lives in New York City with her husband and children.