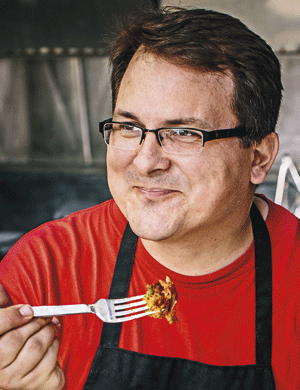 BBQ Brian Misko is a pitmaster, teacher, and storyteller. Since leaving a job in the computer industry to cook competitively, he and his House of Q team have been crowned grand champion at many barbecue competitions. In 2014 alone, he earned the inaugural Canadian BBQ Society national team of the year, was crowned grand champion at BBQ on the Bow and BBQ on the Bypass, and was selected to represent Canada at the Jack Daniel’s World Championship Invitational Barbecue. When he is not on the competition circuit, BBQ Brian can be seen providing BBQ tips on Global BC’s morning news, giving demos at national and international trade shows, and developing new products.

Grilling with House of Q