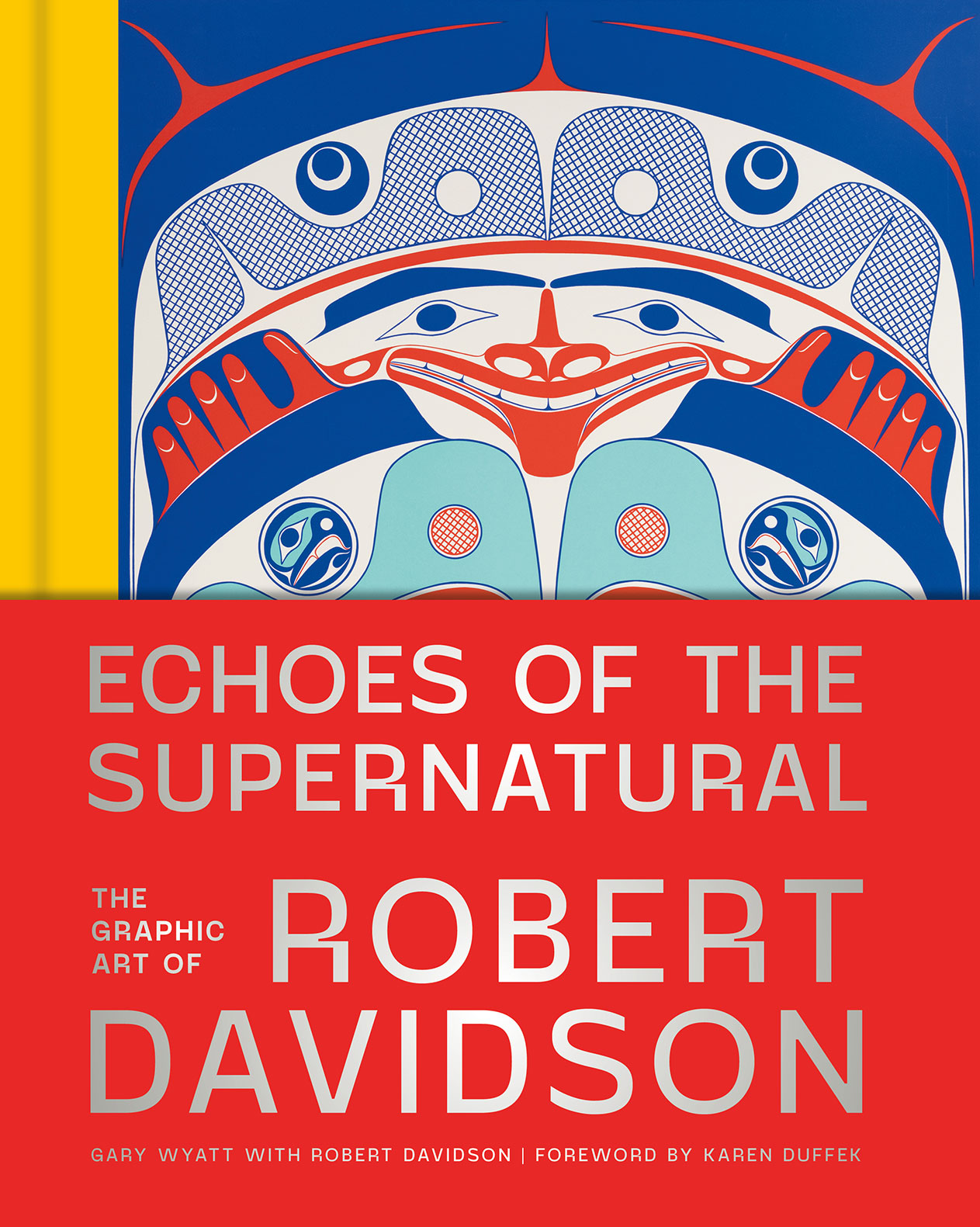 Echoes of the Supernatural

The Graphic Art of Robert Davidson

Gary Wyatt with Robert Davidson. In collaboration with the Vancouver Art Gallery

An exhilarating tour of a half-century of mastery and innovation of Haida formline by the most prominent Northwest Coast artist of his generation.

“Guud San Glans Robert Davidson is one of the most innovative and influential artists working in British Columbia today. During a career that spans more than fifty years, Davidson’s multidisciplinary practice has expanded the vocabulary of traditional Haida iconography to address contemporary social, political, and cultural concerns.” 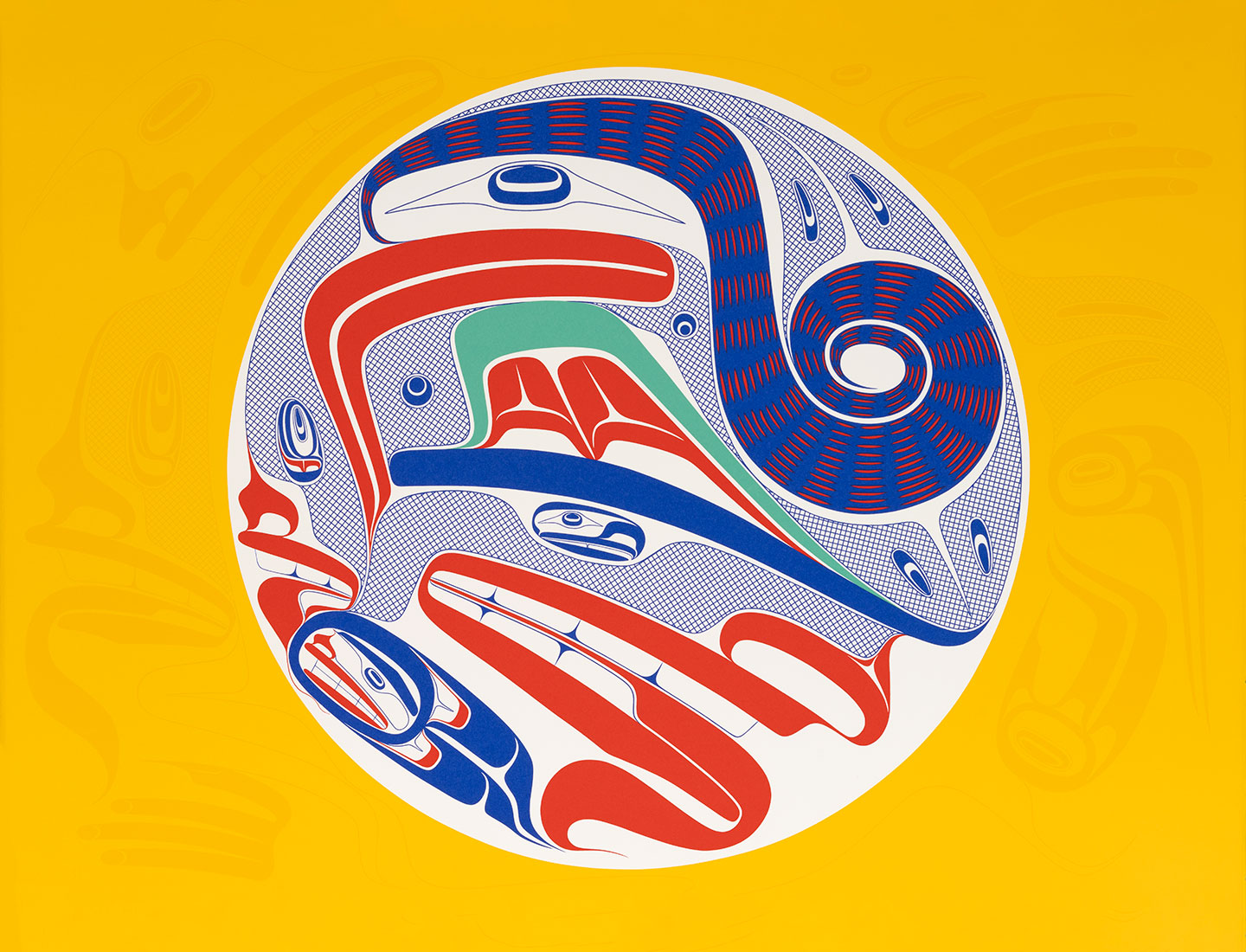 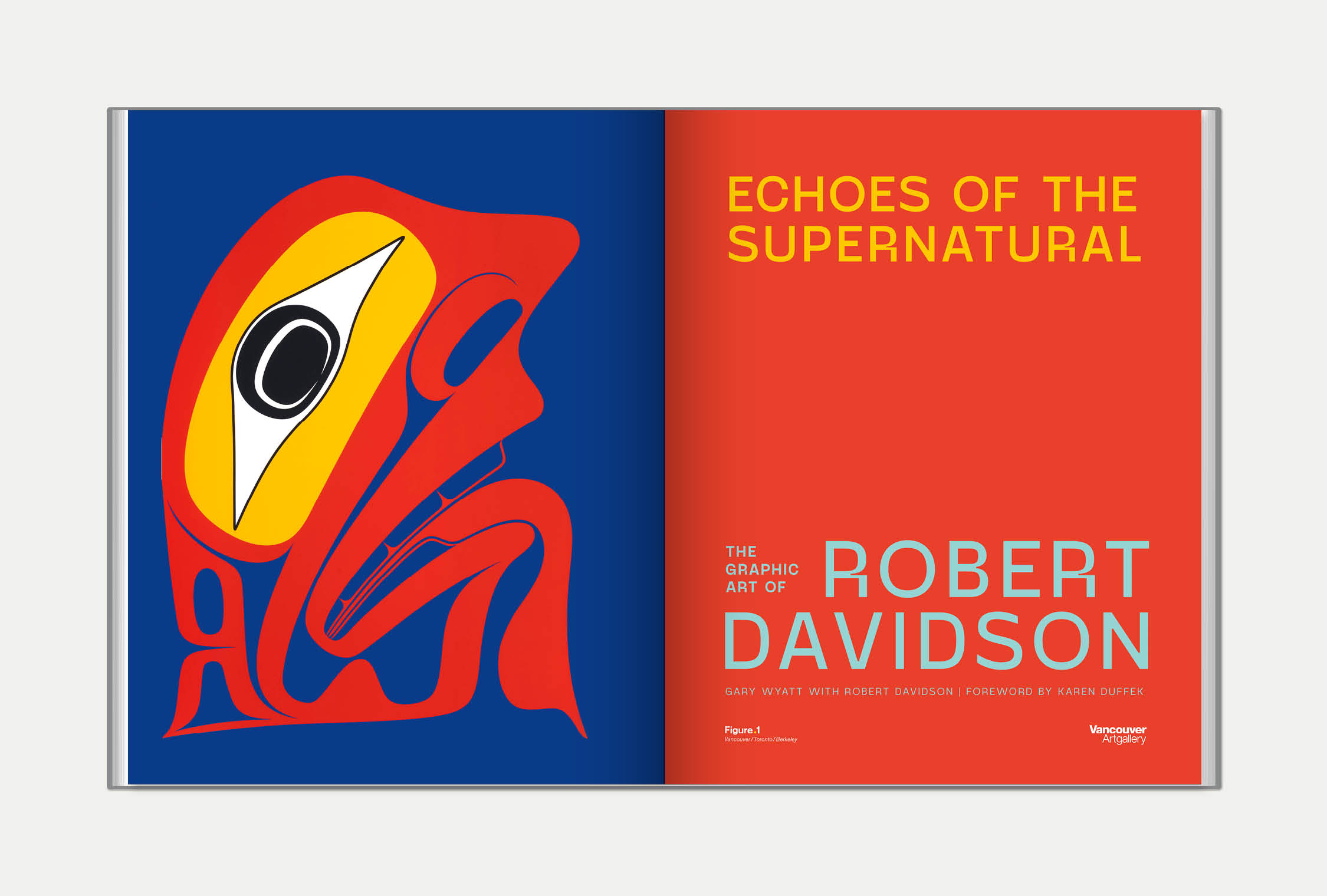 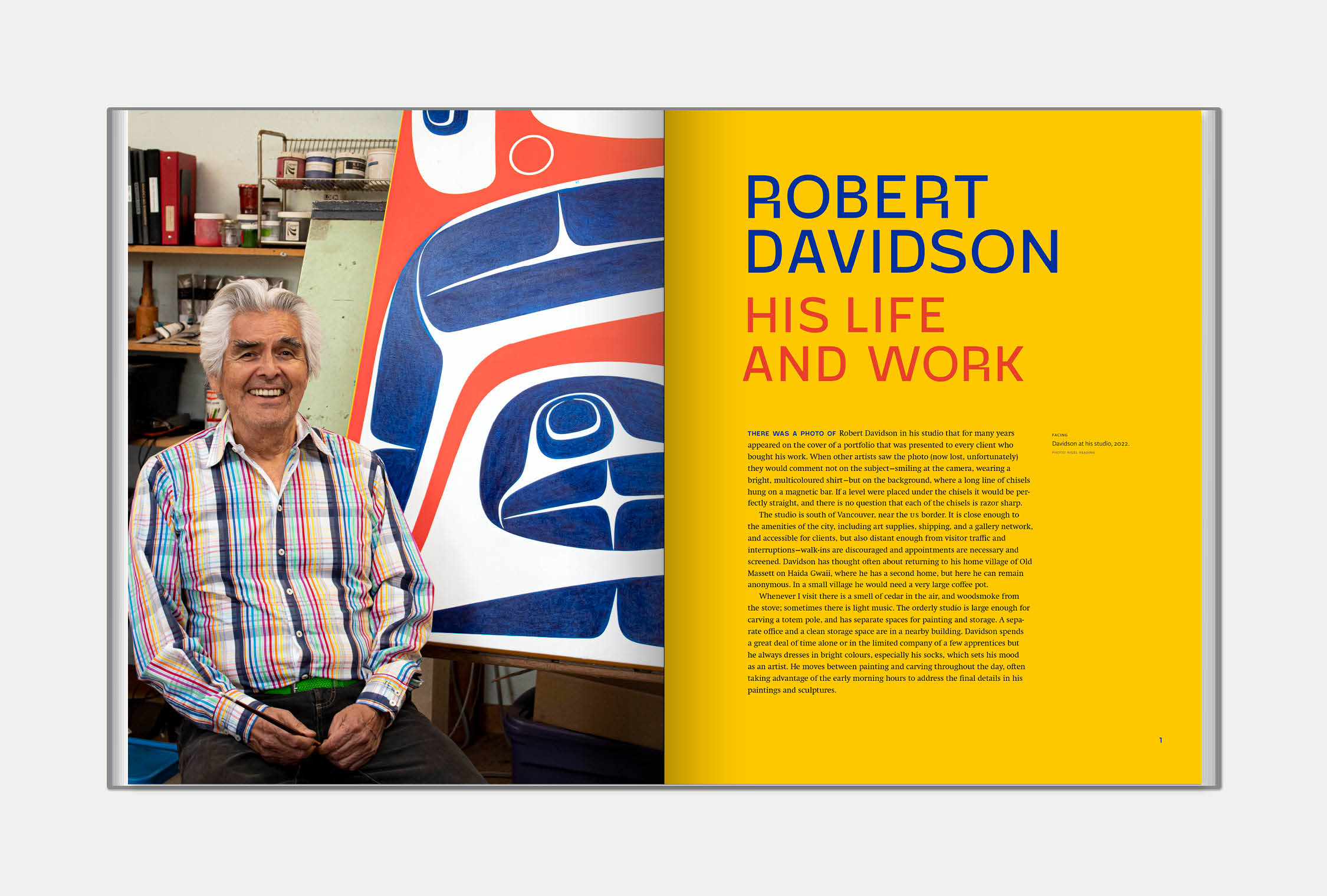 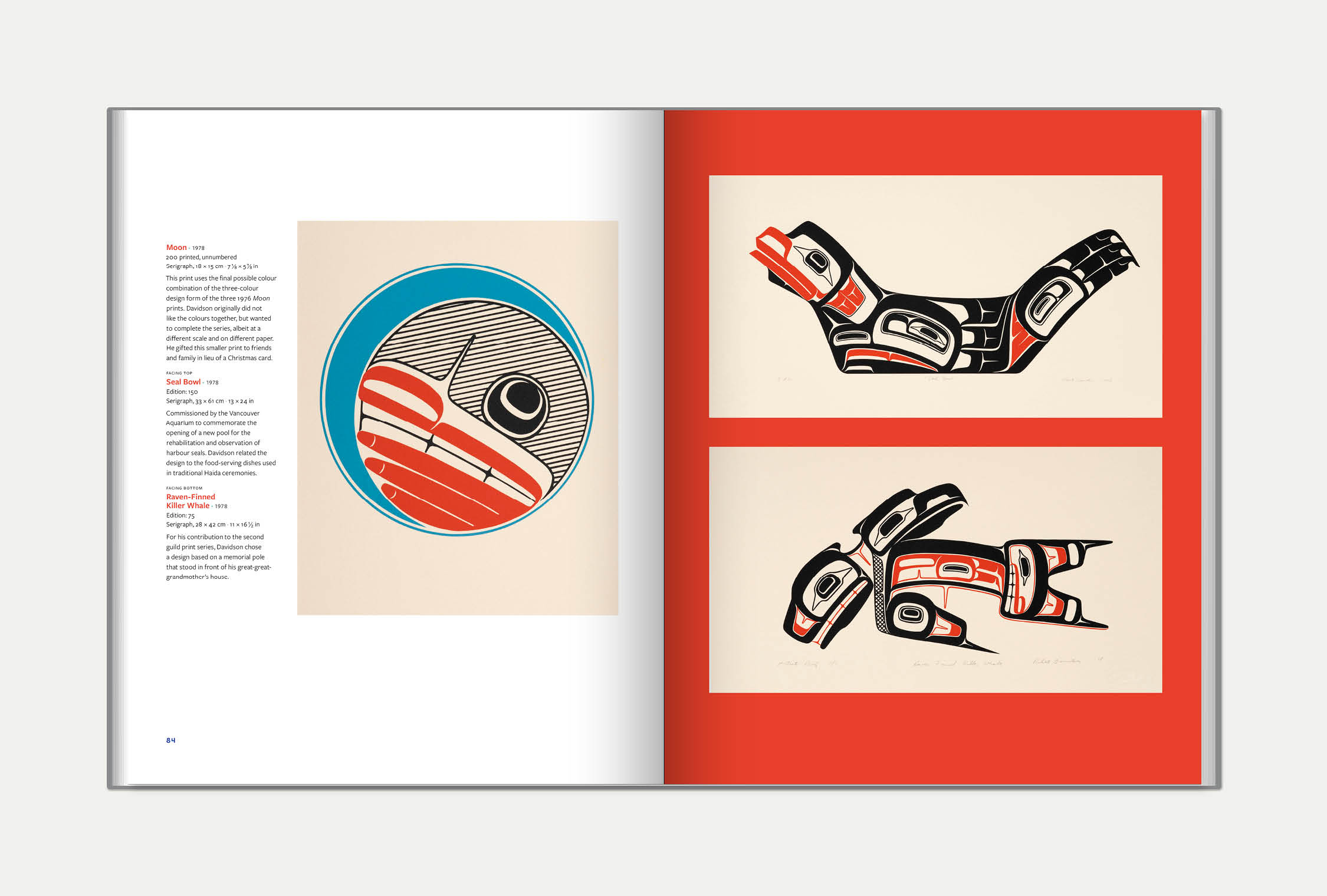 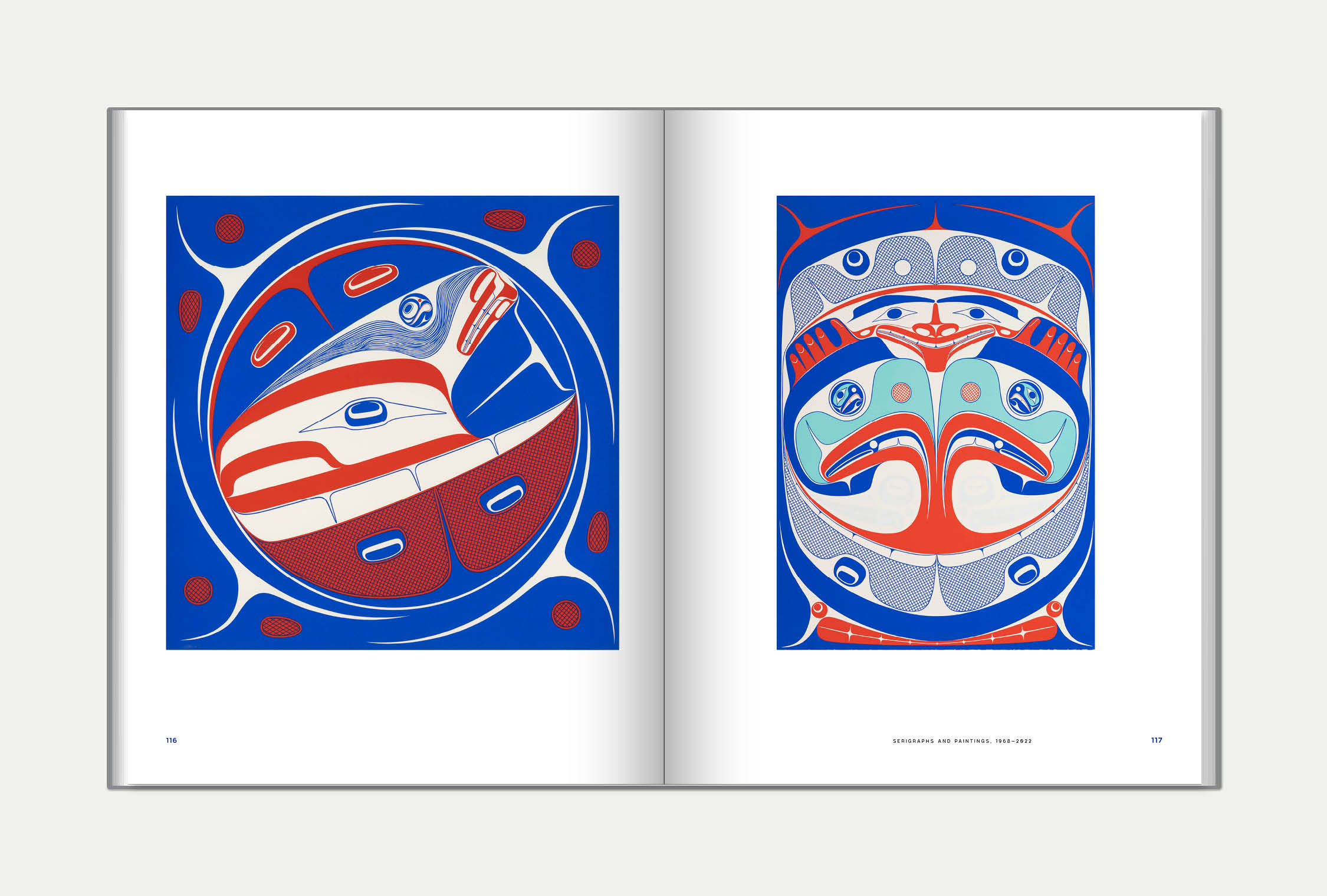 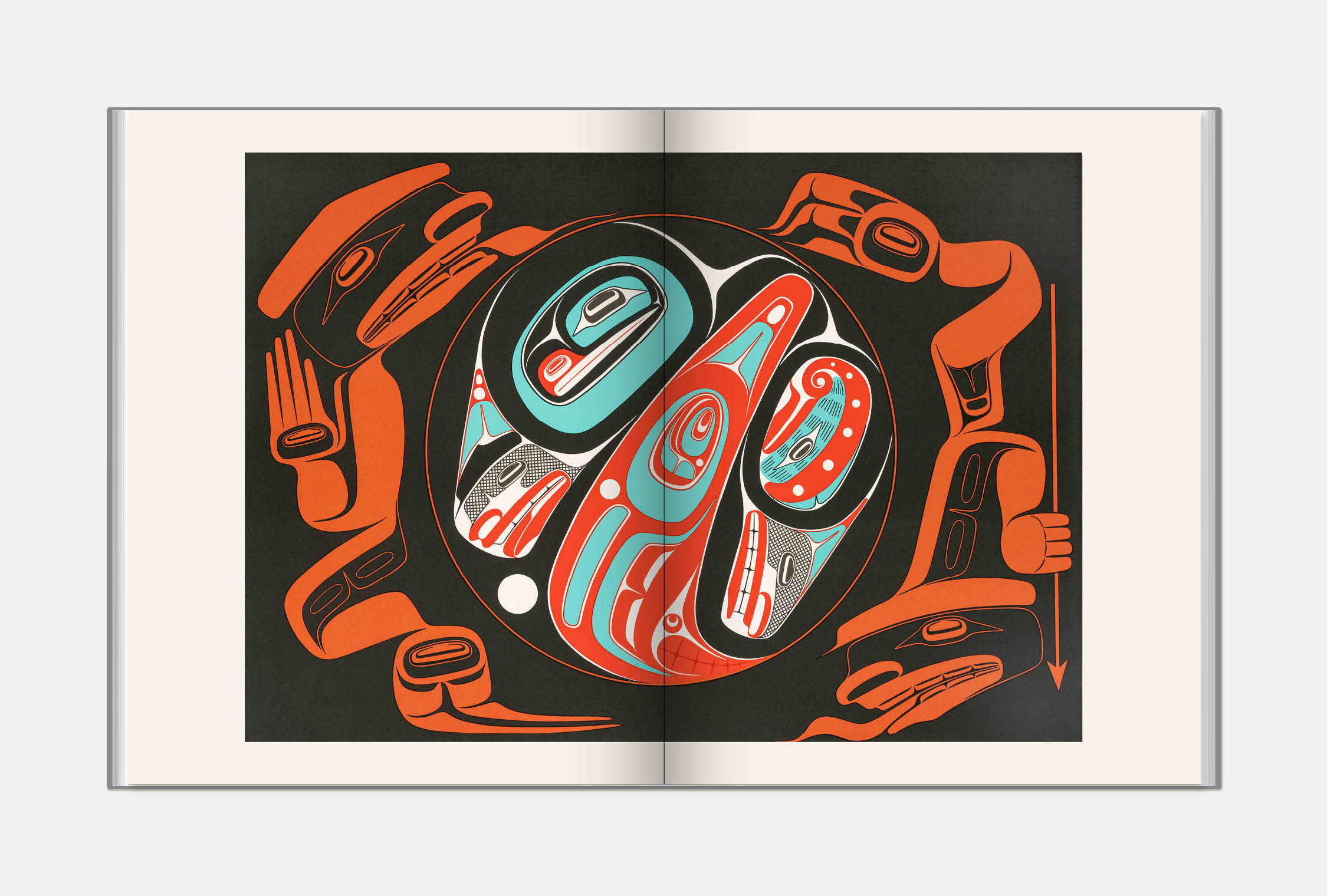 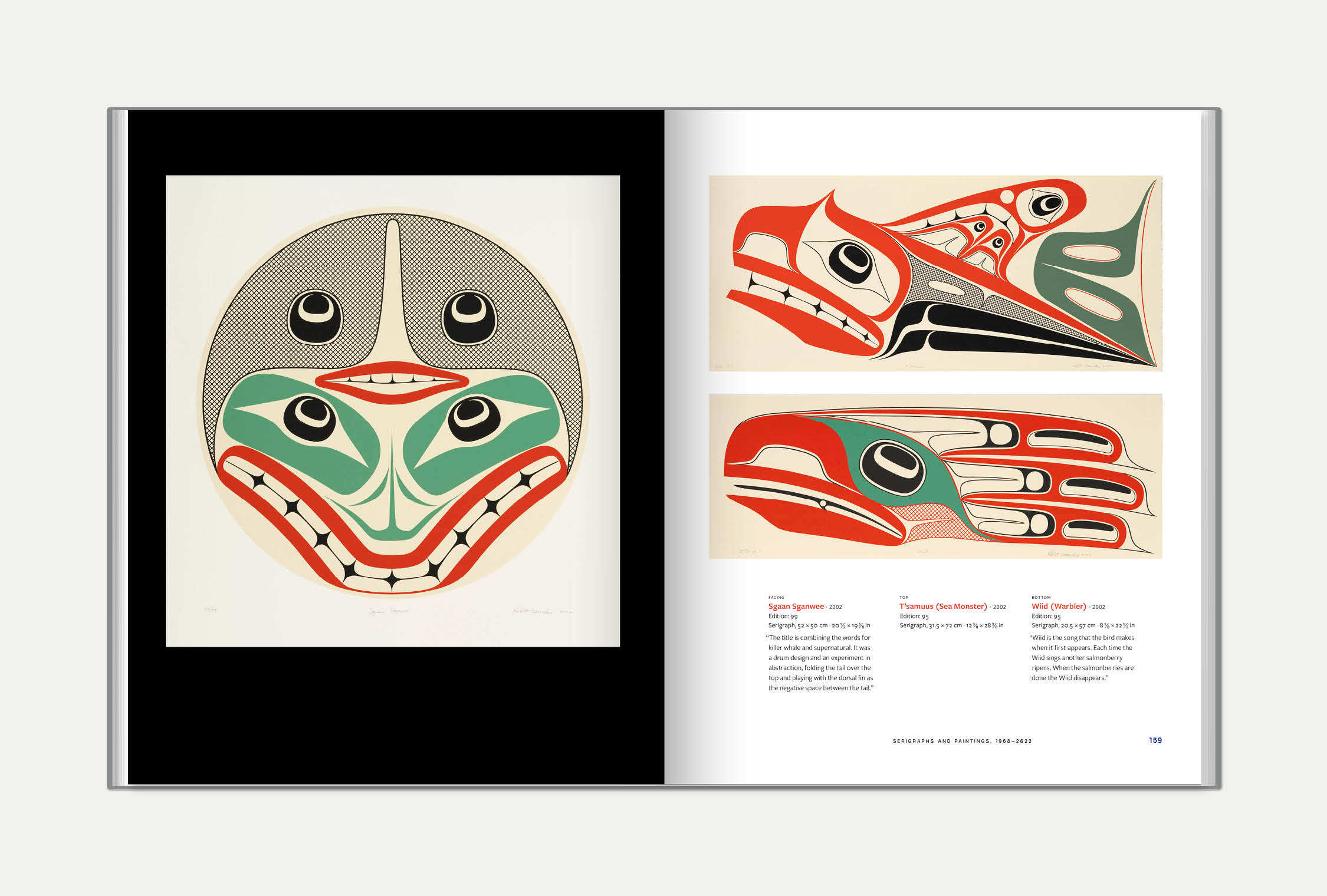 Since leaving Haida Gwaii to study art in Vancouver—where he carved argillite with Bill Reid in a department store and hand-sold prints on the UBC campus—Guud sans glans, Robert Davidson has moved between two worlds. As a host of Potlaches, carver of masks and totem poles, and performer and teacher of traditional Haida songs and dances, he has been one of the driving forces in the resurgence of Haida culture in the aftermath of colonization. As an artist working in serigraphs, acrylic, wood, silver, and aluminum to preserve and breathe new life into Haida formline, he has become among the most respected, celebrated, and thrilling artists in the country, if not the world.

Echoes of the Supernatural is the first publication in over forty years to offer a comprehensive visual retrospective of his astonishing career. It includes new photography of over 150 prints, as well as images of over fifty paintings; numerous painted woven hats, painted and carved sculptures, jewellery, aluminum sculpture; and dozens of archival photos. His long-time gallerist Gary Wyatt, who worked closely with Davidson in shaping the book and received full access to his archives, details the artist’s life and career, and offers insights on the work based on extensive new interviews. A foreword by Karen Duffek situates the contours of Davidson’s practice within the broader Northwest Coast art world.

We acknowledge the support of the Canada Council for the Arts.

Gary Wyatt represented master-level Northwest Coast, Inuit, and Maori artists for thirty-five years, including Robert Davidson from the late 1980s to 2020. He was curator of Northwest Coast Art for the Inuit Gallery of Vancouver for eight years, and co-founded the Spirit Wrestler Gallery in 1995. He has curated many ground-breaking exhibitions of contemporary Northwest Coast art, lectured extensively on the art form internationally, and authored several catalogues and books, including Susan Point: Works on Paper (2014), Seekers and Travellers: Contemporary Art of the Pacific Northwest Coast (2012), and Mythic Beings: Spirit Art of the Northwest Coast (1999).

Robert Davidson is a leading figure in the renaissance of Haida art and culture, and is among the most acclaimed artists in Canada. Over the past five decades, his works in a variety of mediums—including painting, serigraphs, carved argillite and wood, aluminum sculpture, and silver jewellery—have earned him numerous awards, including the Governor General’s Award for Visual Arts and the Audain Prize for Lifetime Achievement. He is a Member of the Order of B.C. and an Officer of the Order of Canada, and holds many honourary degrees from universities in Canada and the U.S. He has hosted many potlatches and feasts in Haida Gwaii, and co-founded the Rainbow Creek Dancers (with Reg Davidson) and the Haida Gwaii Singers Society (started by Terri-Lynn Williams-Davidson). Davidson lives and works in White Rock, B.C., and his home community of Old Masset, Haida Gwaii.

The best books to gift this year

“Since the 1960s, Guud san glans Robert Davidson has been instrumental in the renaissance of Haida art and culture and has long been appreciated as one of the most inventive artists working within Haida artistic traditions.”

“The book by Gary Wyatt and Davidson from Figure 1 Publishing in collaboration with the [Vancouver Art Gallery], is a stunning and interesting collection of Davidson’s prints, paintings, and drawings.”

“Davidson described his role in the resurgence of Northwest Coast art and culture as one of not only solving the “puzzle”, but of bringing it back.”

“Robert Davidson is an international star and a national treasure, full stop.”