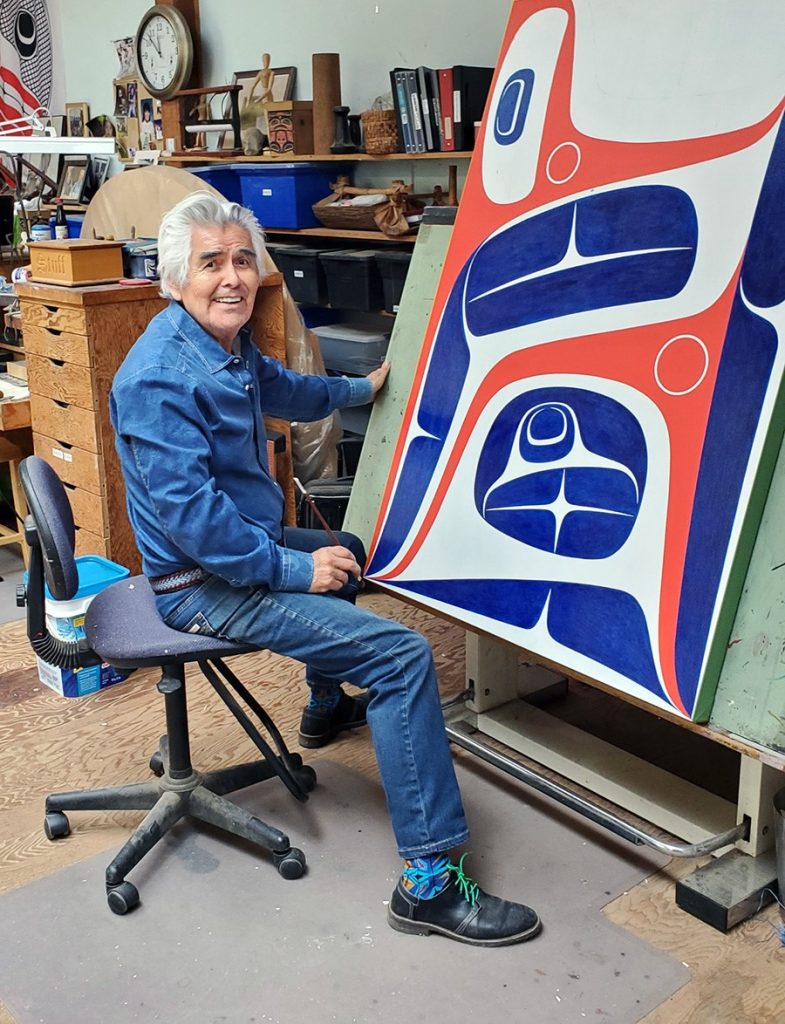 Robert Davidson is a leading figure in the renaissance of Haida art and culture, and is among the most acclaimed artists in Canada. Over the past five decades, his works in a variety of mediums—including painting, serigraphs, carved argillite and wood, aluminum sculpture, and silver jewellery—have earned him numerous awards, including the Governor General’s Award for Visual Arts and the Audain Prize for Lifetime Achievement. He is a Member of the Order of B.C. and an Officer of the Order of Canada, and holds many honourary degrees from universities in Canada and the U.S. He has hosted many potlatches and feasts in Haida Gwaii, and co-founded the Rainbow Creek Dancers (with Reg Davidson) and the Haida Gwaii Singers Society (started by Terri-Lynn Williams-Davidson). Davidson lives and works in White Rock, B.C., and his home community of Old Masset, Haida Gwaii.

Echoes of the Supernatural