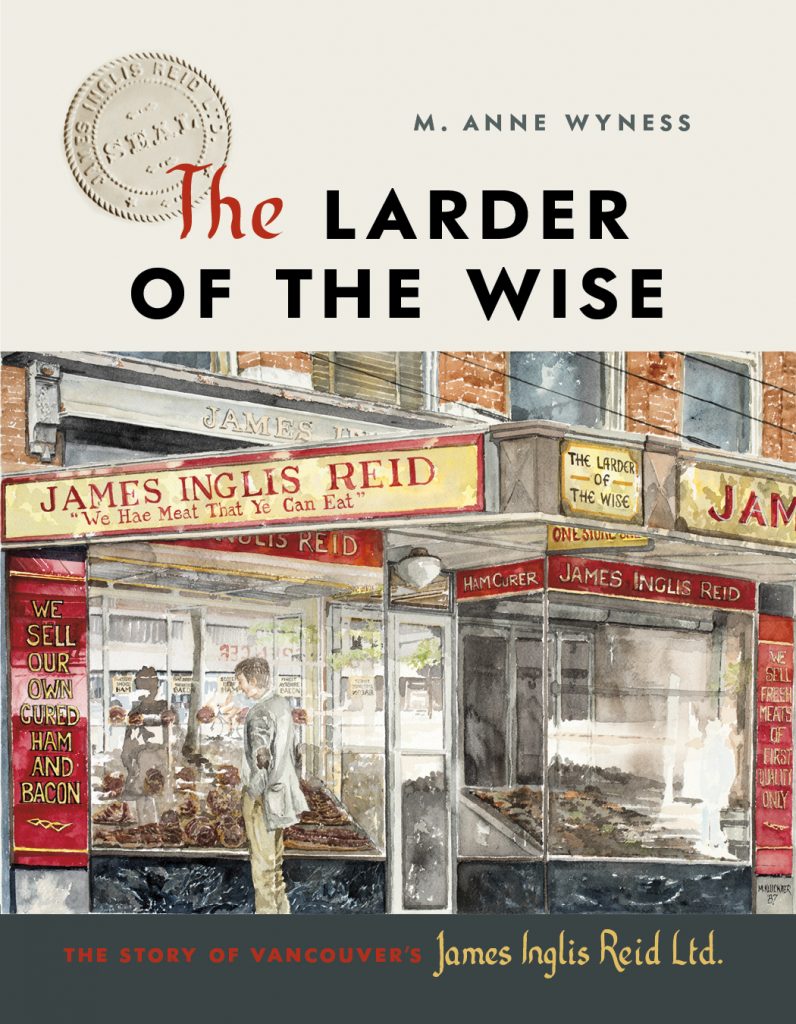 Cover Reveal: “The Larder of the Wise”

The Larder of the Wise: The Story of Vancouver’s James Inglis Reid Ltd. traces the history of the iconic store whose traditional Scottish fare and well-remembered hallmarks of “We hae meat that ye can eat” and “Value always” earned the following of devoted customers from inside and outside of the city for almost eighty years.

Founded in 1908 and situated for most of its history at 559 Granville Street, Reid’s was a fixture in Vancouver’s downtown shopping district. Customers were drawn by the store’s cured and smoked hams and bacons, expertly prepared sausages and haggis, freshly baked meat pies and scones, and many other favourite items—almost all made on premises using recipes and artisanal techniques passed down for decades.

When it closed in 1986 to make way for the Pacific Centre development, many thought an important part of Vancouver heritage was forever lost. But thanks to a treasure-trove of business records, letters, photos and objects preserved from the store, and drawing on her own personal memories and knowledge of the business as the granddaughter of company founder James Reid and the daughter of Gordon Wyness, who succeeded Reid as manager, author M. Anne Wyness brings this special store alive once again.

Richly illustrated and engagingly told, this story of a unique family business is also a story of Vancouver itself. Through economic booms and declines, two world wars, shifts in consumer habits, the rise of the suburbs and the changing fortunes of the downtown Granville Street area, Reid’s enjoyed prosperity and endured challenges in step with a changing city.