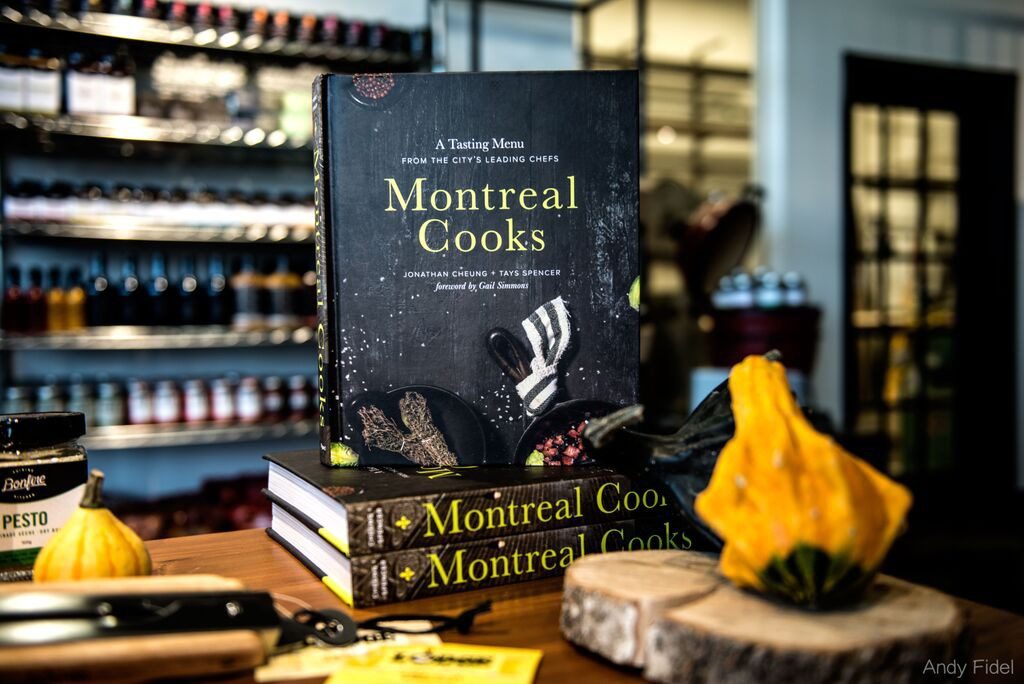 Full disclosure: I was born in Toronto.

There. I said it.

Still, my love affair with Montreal runs deep and dates back almost four decades. Actually, long before then. My grandfather Charlie arrived on the shores of the Saint Lawrence River from Poland in 1919 at the age of fourteen, and my grandmother Natasha emigrated from Russia in 1917. By the age of twenty-four, Charlie was a self-made man, running a garment company that sold affordable women’s clothing during the Depression. They settled on avenue Pagnuelo and later moved to Westmount. My mother attended Roslyn School, Westmount High and then McGill, as did both of her older brothers. She grew up eating borscht and brisket at home, visited The Main for smoked meat and karnatzel, and learned to make bok choy and stir-fried noodles from a Chinese chef. Although she moved to Toronto in 1961, I’ve always believed she left her heart on Mount Royal, somewhere between Beaver Lake and Mile End.

Trips to visit my relatives in Montreal are among my very first memories. Those long drives in the back of our station wagon were bearable only with the knowledge that my uncle would be waiting to share with me a piece of local Quebec cheese he had bought that day at the Atwater Market, followed by a tarte Tatin from a little pastry shop on rue Sherbrooke I adored so much. As I got older, our meals in Montreal grew more anticipated. There was always an air of mystery and romance to the bistros we would visit, so different from the restaurants back home in Toronto, and where I could slurp up a piping hot bowl of onion soup gratinée or devour a plate of foie gras torchon accompanied by a perfectly crispy baguette. And for dessert, pouding chômeur of course. It was always the food that set the city apart for me; put it on a pedestal; made me smile, as if it were winking.

It came as no surprise when I decided to attend McGill for university myself. Montreal held the most promise for fun, for excitement, for food. By my final year there, I realized it was eating that captured my interest more than any subject I was studying. I spent way more time cooking in my tiny apartment kitchen or visiting one of the countless ethnic restaurants downtown than I did at the library. It was at this time that I began writing about my restaurant experiences for the student paper, the McGill Tribune, never imagining those little articles about student-friendly (read: cheap) fondue joints on rue Prince Arthur or tiny cafés in the Plateau would lay the foundation for a lifetime of work in food media.

It was also no surprise when I moved to New York a few years later to pursue my culinary career and fell in love, not with a New York restaurateur or celebrity chef, but with a Montrealer. Of course he was wonderful in every way, although I had to admit that marrying him conveniently gave me the excuse I needed to return to the city on a regular basis. And so I have had the great pleasure of being able to come back several times a year, to see friends and family, but most of all to eat.

In the many years since I’ve lived and worked in New York, the restaurant scene in Montreal has evolved and blossomed enormously. It has produced, and fiercely protects, what I think is Canada’s most distinct and creative cuisine—simple and rustic, layered and robust, intoxicating and playful—calling on the myriad cultures and ethnicities that make up its diverse population and mixing them with its French-Canadian roots. Of course the quality of produce, meat and dairy in Quebec certainly helps make the food so outstanding. But it’s the chefs, who cook every day ignoring stereotypes and convention, taking risks while putting their heritage centre stage, making delicious, lustful food the only way they know how. Like Montrealers.

It’s about time we had a cookbook that celebrated all of this, created with care, at just the right time: when Montreal chefs and restaurants are finally getting the recognition they deserve, for cooking some of the most outrageous, exciting, thought-provoking and fabulous food in the world. With Montreal Cooks, I will now have not only a definitive list of dishes to try on my next visit but the ability to bring these meals back to my own kitchen, to enjoy whenever my heart starts to ache for the flavours of home.