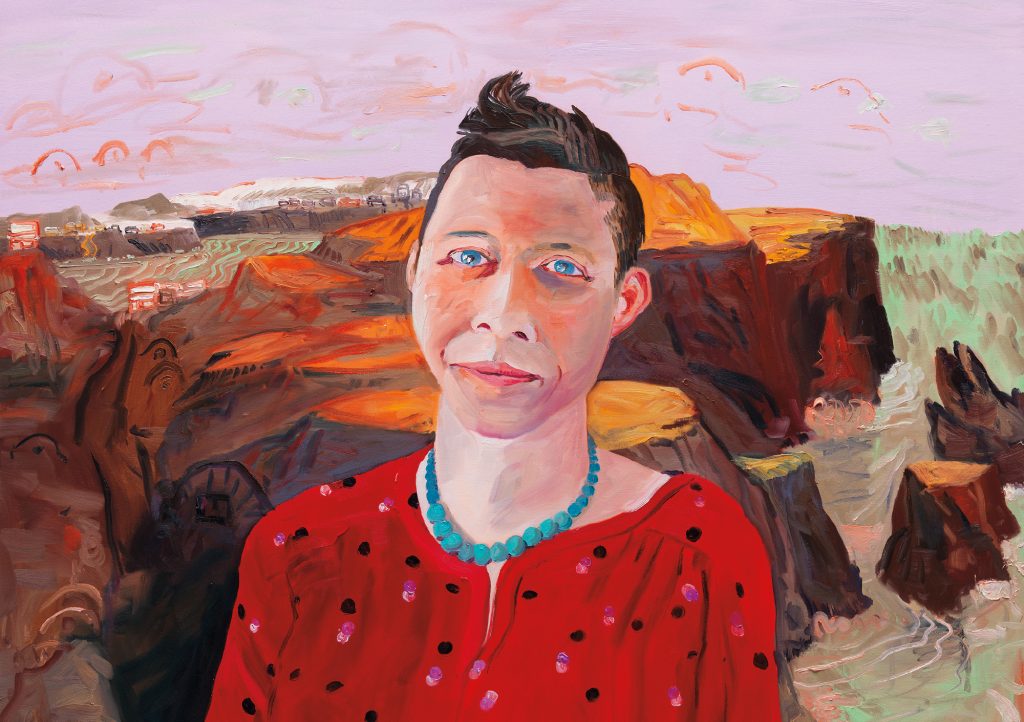 Excerpt: “Many Lives Mark This Place”

The following is an abridged excerpt by Sarah Tilley who may be best known as an actor and a playwright, as well as a novelist in St. John’s. Taken from Many Lives Mark This Place: John Hartman Paints Canadian Writers in the Landscapes that Inspire Them, it features thirty-two of Canada’s finest authors into their chosen landscape. Each portrait is accompanied by a personal essay that describes how place influences the author’s life and work.

John Hartman has depicted me within the geography of my novel Duke. While much of the book takes place in Alaska, its home is Elliston, on Trinity Bay, Newfoundland and Labrador, where the Tilley family were merchants before there was an “e” in our name—the signage arrived spelled incorrectly, and the Till(e)ys adapted accordingly. The Elliston store / post office / family home was the literal beginning place for my novel, as it is where my father and I, in 2004, discovered stacks of letters and logbooks belonging to my great-grandfather Duke Tilly. They’d been hidden in a cupboard upstairs, and until then Dad had neglected his crowbar. The documents became my source material.

Elliston was mysterious—too far from town for us to go often, though we memorably stayed there in sleeping bags on the floor to see Queen Elizabeth greet a replica of The Matthew, which an actor dressed as Giovanni Caboto sailed into Bonavista once. It was my first experience of both royalty and protestors—a group of Indigenous people affronted by the colonial pageant. I told my brother we were “indoor camping.” Even if there were ghosts in the huge, empty house, they were related to us.