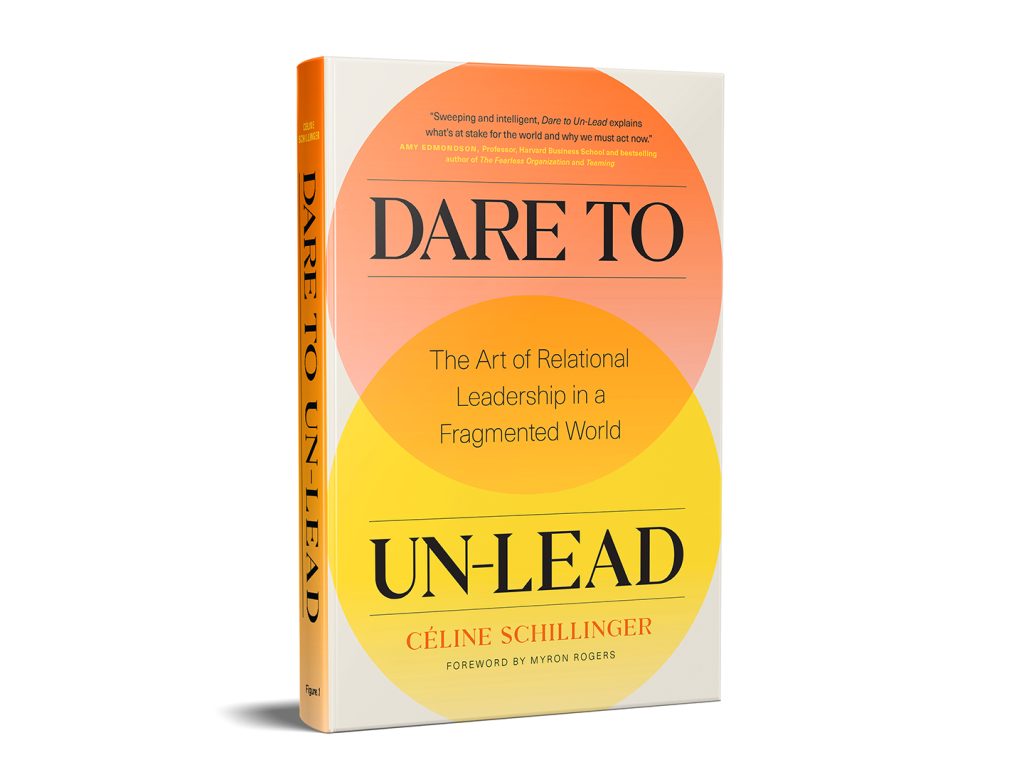 Excerpt: We Are Not the Employees We Used to Be from “Dare to Un-Lead”

We Are Not the Employees We Used to Be

Excerpted from Dare to Un-Lead: The Art of Relational Leadership in a Fragmented World by Céline Schillinger

Society’s evolving values permeate the workplace. For example, the growing aversion to blatant manifestations of inequality has forced the removal of status markers in some workplaces. The reserved parking space has become the symbol of a leader’s resistance to change.

From a simple demographic perspective, the workplace today is much different from that of thirty years ago. With looming retirements and an aging demographic, multiple generations now coexist in the same workforce. The Baby Boomers are still a visible presence, particularly at the top of hierarchies, in decision-making positions. Younger generations, though, bring different viewpoints and expectations to their work. They have different styles, different ways of learning and sharing knowledge. Intergenerational tension is a growing concern that can be detrimental to both engagement and productivity.

Women now account for 40 percent or more of the total labor force in many countries. Thirty-seven percent of the support and operations staff in the United States is non-white (however, only 15 percent of executives are non-white).38 Technology and greater awareness of accessibility have made it possible for more people with disabilities to enter the workforce. The globalization of the workforce has brought people from different parts of the world to work together. In many countries, there are moves to embrace equality and diversity in the workplace, buttressed by legislative frameworks and social pressure.

What keeps the workforce busy has also greatly changed over the last few decades. Organizations require different skills as business and technology evolve. Artificial intelligence and automation will make redundant certain functions that were previously fulfilled by people. Of course, there is nothing new about this. All technological revolutions have generated changes in working practices, from the plow to the printing press, steam engine, and microprocessor. The COVID-19 pandemic, though, could accelerate the transition from human to machine labor in some fields. But it could also broaden the scope of what jobs will be affected as its economic effects bring into question the viability of some sectors. Company life cycles were already shrinking, with the average expected to be twelve years by 2027. COVID could shorten that even further.

People are going to have to become multidisciplinary and adaptive to retain relevance in the job market. Pre-COVID, it was expected that 17 percent of the occupations monitored by the United States Bureau of Labor Statistics would lose more workers than they added between 2016 and 2026, with some occupations losing more than a fifth of their workforce.39 Mass layoffs accompanied the financial crisis of 2007 and 2008, and we are seeing large-scale redundancies again today. Many workers have experienced an emotional rollercoaster, protected for a time by government-funded furlough schemes then discarded like any other commodity from organizations they once thought of as family. Some sectors were already preparing for an uncertain future before the pandemic. Pharma sales representatives, for example, were being reskilled en masse. At the same time, though, there are professions such as cybersecurity and healthcare that are booming and experiencing a shortage of talent.

Lack of job security, redundancies, automation, the erosion of loyalty to an employer, and uncertainty about the future are pushing a higher proportion of people into the gig economy. This accounted for 43 percent of the U.S. workforce prior to the COVID crisis, a figure likely to grow. Work has become increasingly transactional in nature. Relationships between worker, colleagues, and organization are often ones of convenience rather than lifelong and deep-rooted. As one friend, who had witnessed multiple layoffs, told me, “I have learned not to love too hard.”

Excerpted from Dare to Un-Lead: The Art of Relational Leadership in a Fragmented World by Céline Schillinger. Copyright © 2022 by We Need Social. Excerpted with permission from Figure 1 Publishing. All rights reserved. No part of this excerpt may be reproduced or reprinted without permission in writing from the publisher.