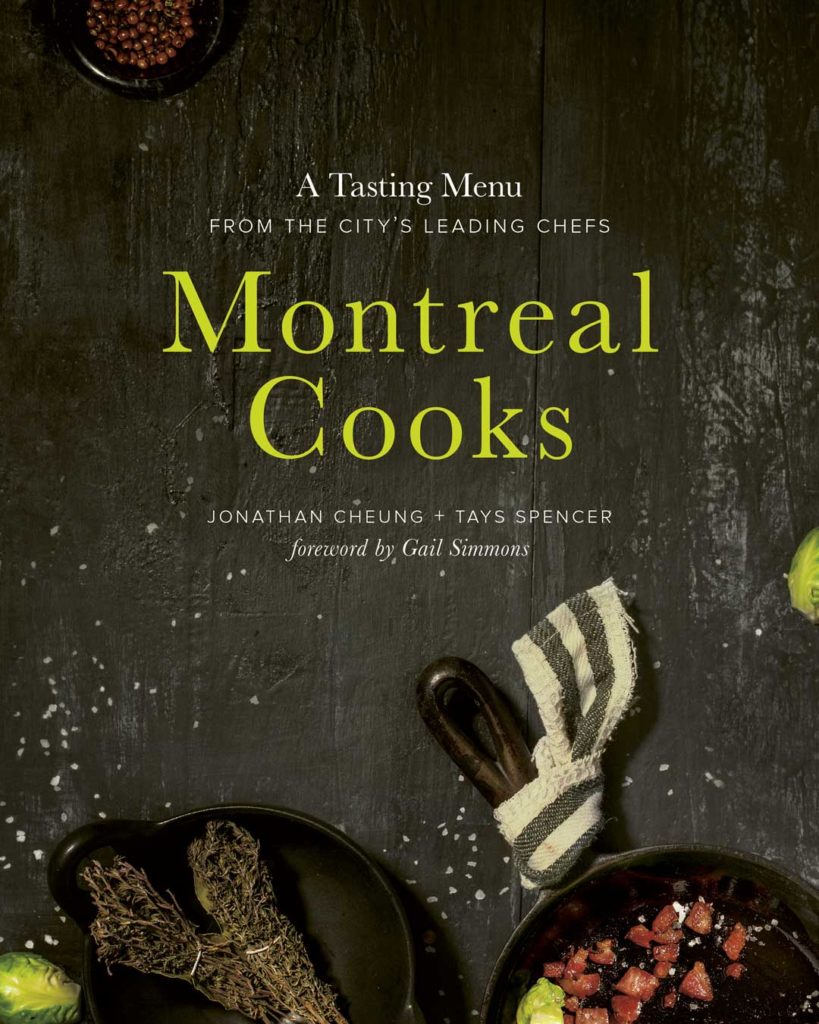 This past weekend I had the pleasure of visiting Montreal to celebrate the launch of Montreal Cooks: A Tasting Menu from the City’s Leading Chefs. I arrived a day early and spent Sunday evening with the wonderful authors of the book, Tays Spencer and Jonathan Cheung. Jonathan is the owner and chef of Appetite for Books, Montreal’s premier cookbook shop and cooking school. First we visited the shop, which was decked out with copies of the book including a large window display. Then we visited Lavanderia, one of the forty restaurants featured in Montreal Cooks. Tays and Jonathan both displayed their wide knowledge of food, ordering delicious and surprising dishes from the menu which we shared tapas style. Over dinner we discussed everything from their delight at having Gail Simmons provide the foreword, the major differences between Montreal and Vancouver, and how the chef at Lavenderia had become the first in Canada to possess a kobe beef license (the most expensive and fetishized beef in the world).

The following day was the launch event at Urban Bonfire which was packed with chefs, friends, family and media. Chefs had kindly donated canapes which were passed around so we could sample the culinary delights featured in the cookbook. These included shucked oysters, espresso brownies that melted in the mouth, zesty light lemon bars, pig trotter’s savoury cake, and beignets. The chefs also busied themselves signing the end sheets of the book which showcases all who are featured in Montreal Cooks.

We are incredibly proud to have worked with Jonathan and Tays as well as some of the most truly gifted, generous and amazing chefs and restaurateurs in Montreal.