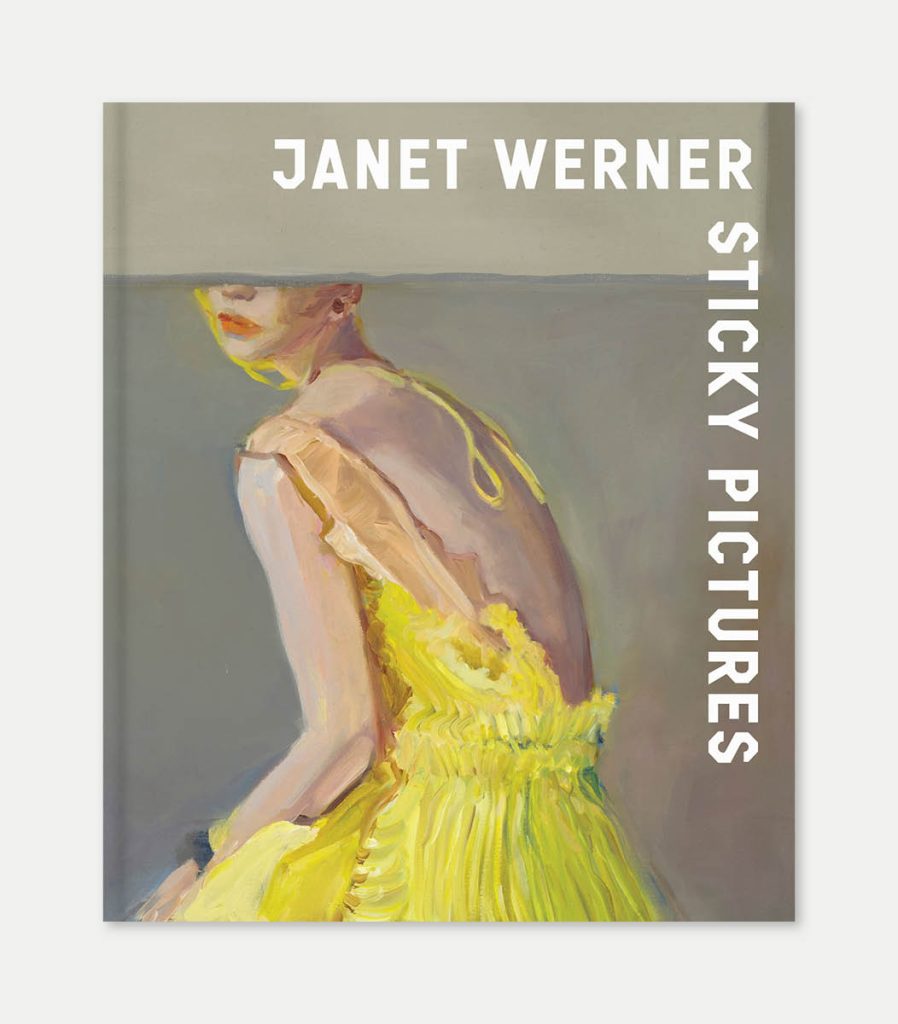 Since the beginning, the act of “staring” has guided the work of Montreal-based painter Janet Werner. It is a mesmerization that goes both ways: Figures stare out while we, her audience, stare in, equally transfixed. The spell of Werner’s complex paintings is to be found not only within the seduction that painting alone offers, but in the artist’s embrace of art history itself. Werner’s “sticky pictures” stick because they index not only the picture-making machine of popular culture and fashion, but they remind us of their relation to the long lineage of painting—that is, the richness of the painted world within art history. Composition and space, light, architecture, gesture, chromatic temperature and order, and, finally, the history of figuration within painting itself are her enticements.

Janet Werner’s paintings have captured the imagination in Canadian and international exhibitions for more than thirty years. Since her graduation from Yale University in 1987 and her first major shows in the early 1990s, she has developed a lexicon of images that interrogate the construction of pictures and, within them, the formulation of the figure. In her work, painting is a nexus for queries of the subject of artifice, the construction of gender, and the pure jouissance of sentience itself.

The publication Sticky Pictures includes paintings created over the past eight years organized in a series of four thematic chapters: “Sticky Pictures,” “Gallery,” “Misfits,” and “There There.” Within each series, figures, objects, and spaces elaborate and energize—with wicked intelligence, humor, and empathy—the neat tasks that late capitalism has framed as signifiers of the good life. Spaces are sometimes even emptied altogether, and instead light fills and animates them, illuminating subtle cues. Figures, when present, are cropped, folded, and restructured by the painter’s analytical eye. Painting itself is revealed as a model of construction, sensation, thinking, pleasure, and seduction.

Excerpted from the introduction of Janet Werner: Sticky Pictures. Copyright © 2022 by Griffin Art Projects. Excerpted with permission from Figure 1 Publishing. All rights reserved. No part of this excerpt may be reproduced or reprinted without permission in writing from the publisher.