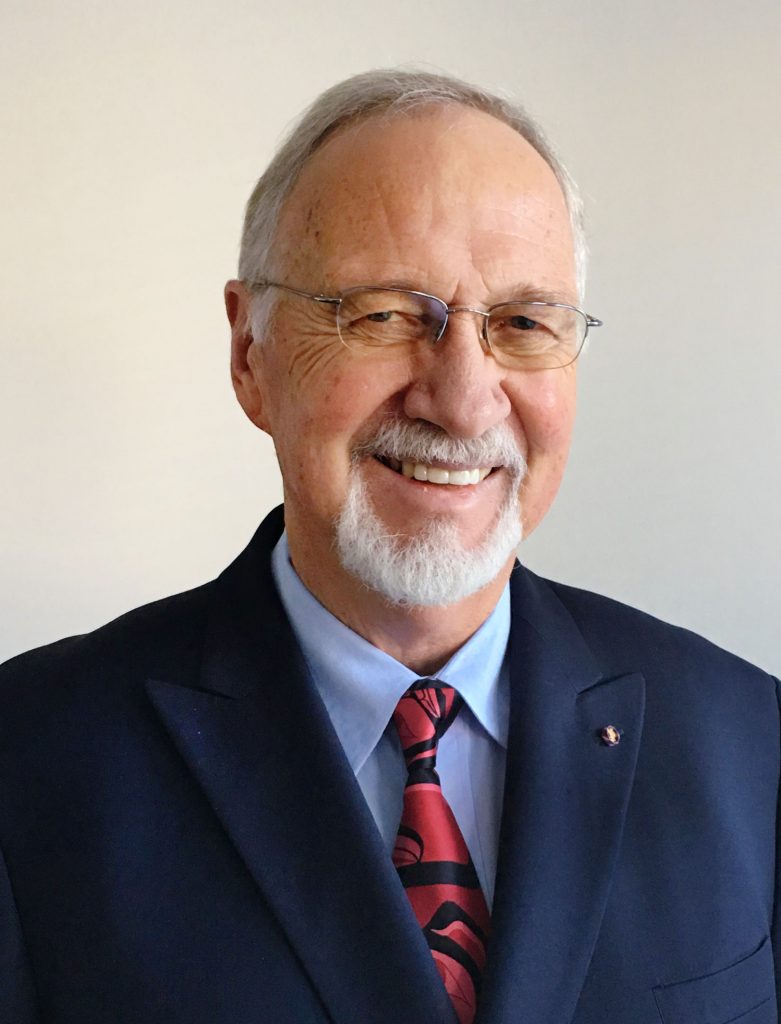 Q&A: Robert D. Watt, author of “People Among the People”

Robert D. Watt is the author of the newly released book, People Among the People which celebrates the public art of Susan Point, one of Canada’s most accomplished artists and designers. Mr. Watt studied at UBC and Carleton University before working in the Public Archives of Canada, Capilano College, and as the City Archivist for the City of Vancouver. In 1973 he joined the Centennial Museum (now known as the Museum of Vancouver) as the Curator of History, and in 1980 was appointed Director of the Museum. In 1988 he was appointed the first Chief Herald of Canada, and upon his retirement in 2007 was appointed Rideau Herald Emeritus. His honours and awards include the 125th Canadian Confederation Medal, the Queen’s Golden and Diamond Jubilee medals, and investiture into the Royal Victorian Order.

How did this project come about?

This project began when I made a proposal to Susan Point at the Chancellor’s dinner in June 2008, when she had been awarded the Degree of Doctor of Fine Arts, honoris causa. I asked Susan if anyone had ever done a book on her art which provided an opportunity for her to speak about what was most important to her about various pieces. She said no one had to that date and when I asked her if she would be willing to work with me on such a book she said yes.

Why did you decide to call the book People Among the People?

The title was selected by the staff of Figure 1 from several alternatives. I had proposed Point of View but the editors and others felt that the final title, which is slightly different from the title given by Susan to her portals at Brockton Point, was more likely to attract the interest of readers and purchasers of the book.

When did you first meet Susan Point?

I first met Susan in May or June of 1981, just a few months after she had started making her first prints on her kitchen table. I have been a fan ever since.

So many things, but highlights include learning much more about the nature of historic Coast Salish art, and how Susan has imbedded the key elements of this aesthetic into her own creations. I also came to understand deeply and fully, how Susan has moved from one medium to another over the years and what she likes about each one.Her career as a carver of large scale wood pieces, some plain and some polychromed, is especially intriguing. Realizing how widespread her commissions are sited was a revelation, not least the amount of her work in Metro Seattle.

Which is your favourite of the public pieces featured in the book and why?

My favourite pieces are the magnificent portals near the totem pole site in Stanley Park. The three portals- People Among the People-are a tour de force in every sense; the splendid vision and the superb execution, the scale, the richness of the ideas, and the tremendous variety of approaches to the carving and colouring. Since this has always been territory central to the life of the Salish it is so appropriate that it would be a Salish artist, one Susan’s calibre, who would develop great art to finally affirm a Salish presence on this site. I am hoping that this section of the book will finally move the Parks Board to set up labels near the Portals to identify the artist and describe a little of their rich symbolism. The absence of such labels does a disservice to the artist and to the millions of visitors to the site. Part of the labels should be in the Musqueam dialect of the Halkomlem language, spoken by Susan’s ancestors and still in use today.

What can readers learn from this book?

Readers can learn a great deal. They can come to appreciate the tremendous range of media used by Susan for her public art, over nearly 40 years. The book makes clear how prolific she has been and where to find her public art, locally and farther afield. Readers can use the book to create their own walking tour of Point pieces in the City Centre, at UBC, and in south Vancouver and farther away. The book can serve as a good introduction to the nature of art rooted in Salish forms and begin to appreciate how different such art is from the more formal and stylized art of First Nations farther north on the Coast.