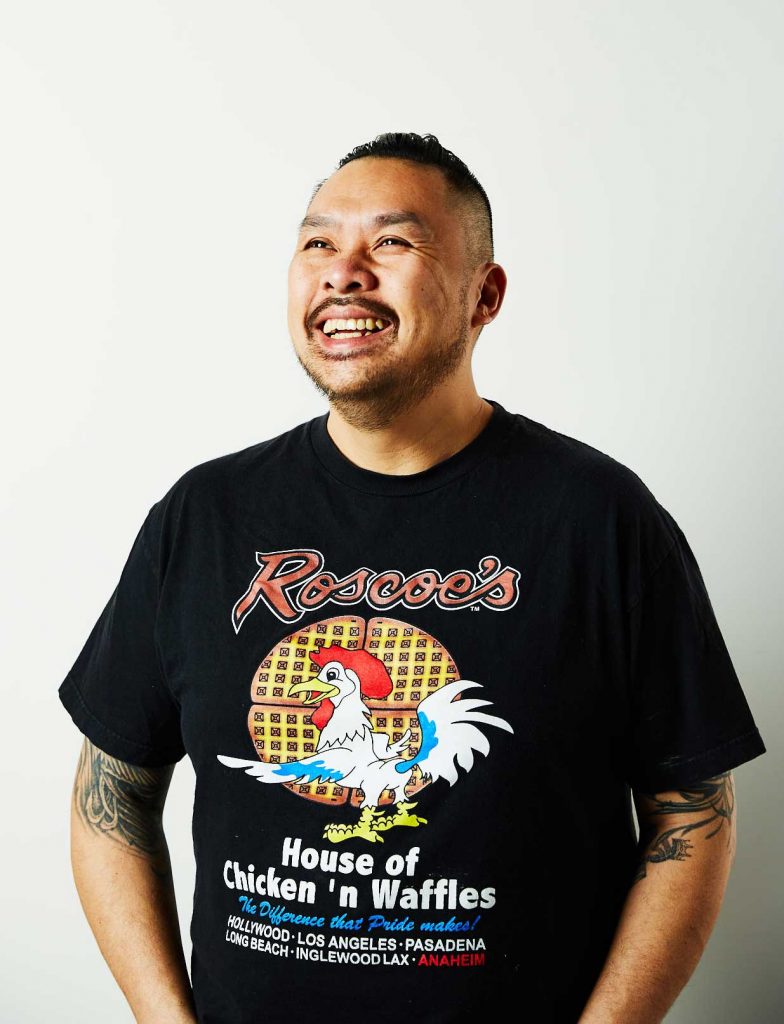 Trevor Lui, author of the newly released The Double Happiness Cookbook has made a life and career surrounded by the sights and sounds of food. For the past twenty years, he has produced thousands of event experiences and has co-created and developed some of Toronto’s foremost food brands, including Kanpai Snack Bar, Yatai Japanese Street Food, Shook Noodle, La Brea Food, Joybird Fried Chicken, and Makan Noodle Bar. His culinary agency Highbell Group organizes uniquely immersive culinary events that push the boundaries of innovation. Trevor is also the co-founder of the agency Quell which highlights the leadership and talents of notable BIPOC leaders in hospitality. He is a frequent consultant, speaker, and editorial contributor to media outlets such as CityLine and business forums. He also directs and hosts a video series called “Soulful Food Stories.”

Quick check over the emails and social over a nice French press espresso.

James Baldwin’s The Fire Next Time.

Not really. I’ll try pretty much anything at least once.

The thing I love about Toronto is…

No matter where I go, it’s always home…

What can readers expect from The Double Happiness Cookbook?

A full celebration on the story of food told from a first generation North American of immigrant parents; all the sights and sounds I’ve collected through the years and the stories that come with each memorable bite.