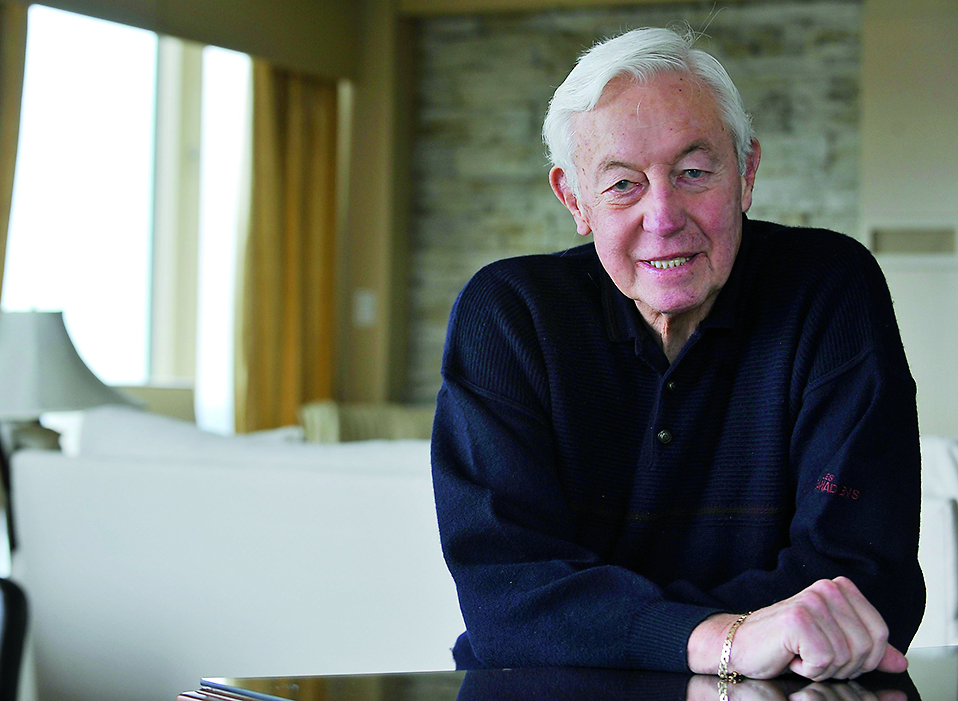 “They Desire a Better Country” Profile

Twice a year, in summer and in winter, appointments to the Order of Canada—our nation’s highest honour—are announced, which showcase a range of professions, all with the common theme of excellence, service to the nation, passion, innovation, commitment, dedication, and brilliance.

To celebrate the Order of Canada’s fiftieth anniversary this year, the Rideau Hall Foundation commissioned a book with the aim of encouraging Canadians to learn about some of the remarkable individuals who have garnered this prestigious award. Available now, They Desire a Better Country is a beautifully illustrated hardcover celebration of fifty recipients of the Order, including astronaut Chris A. Hadfield, writer Lawrence Hill, singer Celine Dion and Olympian Clara Hughes.

On the ice, he was formidable. He stood six-feet, three-inches tall and weighed 205 pounds. He was fast, but because his strides were so long and fluid, his speed was not noticed as much as his grace and balance were. Marathon games of shinny as a boy had made him into a stick handler par excellence: he led rushes with his head up and with singular calm. In close to the net, “Le Gros Bill,” as he was called, would go wide on his skates to extend the range of his deke. Pity the poor goalies.

Consider the hardware Béliveau collected in his time with the Montreal Canadiens, including ten years as captain: the Art Ross Trophy as leading scorer, the Hart Memorial Trophy (won twice) as most valuable player, the Conn Smythe Trophy as most valuable player in the playoffs, and eight Stanley Cup rings. And, in a career that spanned almost two decades, 507 goals and 712 assists.

Yet for all that, Jean Béliveau prized family—his wife, daughter, and two granddaughters—and teammates far more than his individual accomplishments. He also supported his own charitable foundation and countless other charities, bringing to this work the same elegance and humility that he had shown on the ice.

The millions who watched the state funeral for Jean Béliveau on national television in 2014 will never forget his former teammate Yvan Cournoyer delivering the eulogy and, like the simultaneous interpreter, fighting to contain his emotions. “Oh capitaine, mon capitaine, bon voyage,” Cournoyer said tearfully at the end.

Sports reporter Michael Farber later remarked on how this handsome man had carried himself, how he was generous, compassionate, and bilingual. “Jean Béliveau was Canada’s best self,” he wrote. “If this country wanted to look in the mirror and get a flattering portrait, you’d see Jean Béliveau staring back.”