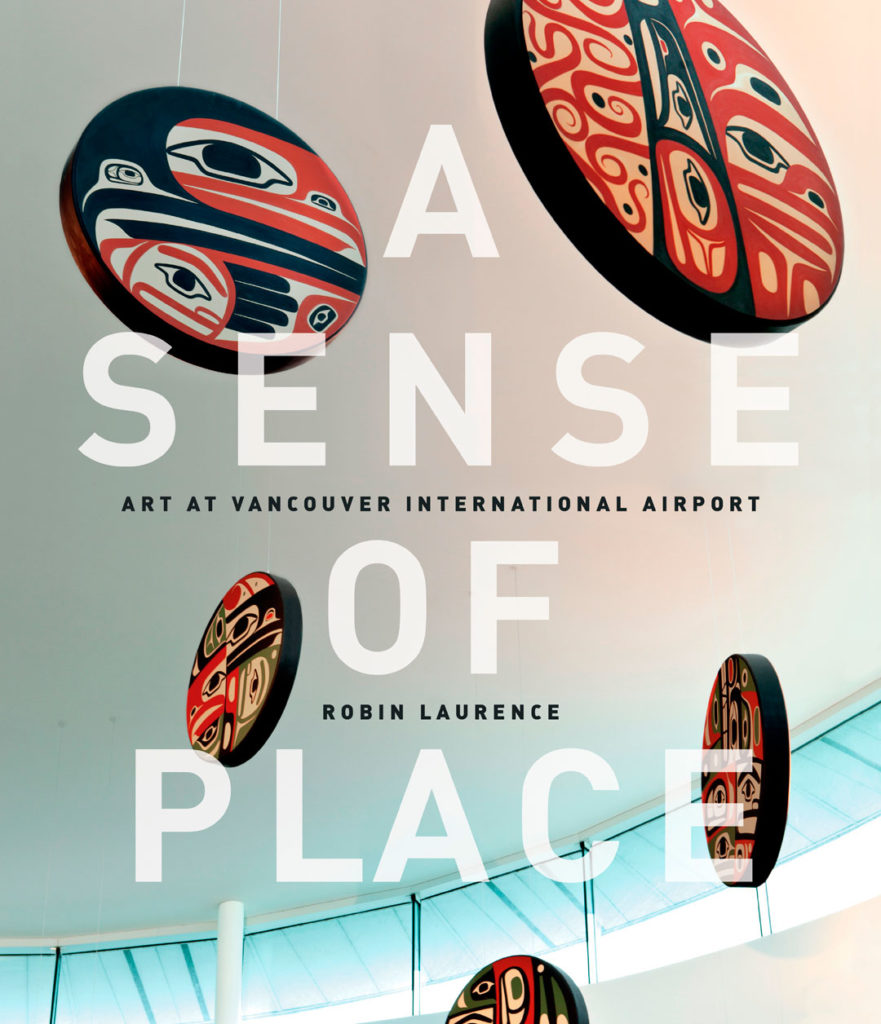 “A Sense of Place” Excerpt – The Spirit of Haida Gwaii: The Jade Canoe

A Sense of Place

In early 1996, a team of workers, using a large construction crane, manoeuvred a six-ton sculpture into place at Vancouver International Airport (YVR). Conceived and designed by Haida artist Bill Reid, it had been modelled in clay and moulded in plaster in Reid’s studio in Vancouver, cast in bronze in the Tallix Foundry in Beacon, New York, and displayed for an interim period in a pavilion on Vancouver’s Granville Island. On that momentous day, as it came to rest at YVR, and with the later blessing of the Musqueam First Nation, on whose traditional territory the airport is located, the sculpture found its permanent home. The Spirit of Haida Gwaii: The Jade Canoe has since become a touchstone for travellers from all parts of the world, and an anchor for YVR’s renowned collection of British Columbian First Nations art.

The sculpture’s first casting had been given a black patina and was installed in 1991 in the Chancery of the Canadian Embassy in Washington, D.C. A second and final casting, patinated in blue-green to evoke the naturally occurring jade of British Columbia, was completed in 1994 and purchased by Vancouver Airport Authority for placement in its new International Terminal. Among those witnessing the installation of this celebrated work, widely known by its subtitle, The Jade Canoe, were airport and museum officials, architects and contractors, as well as the artist and his wife. Seated in a wheelchair, ailing in body but strong in mind, Bill Reid seemed to be the living embodiment of the journey depicted in his sculpture. An ancient and enduring culture was being revalidated, old stories were being reinterpreted and new materials and techniques were being explored. As a high-profile artist of mixed Haida and German-American descent, Reid was an important bridge between cultures when non-Native people began to take notice of the indigenous art of the Northwest Coast in the middle of the twentieth century.

The form and content of Reid’s sculpture were inspired by nineteenth-century miniature canoes carved in argillite, a black sedimentary stone mined on Slatechuck Mountain, on the densely forested archipelago known as Haida Gwaii, “the Islands of the People.” Created by Haida artists for trade with visitors to the Northwest Coast, argillite works (including platters, bowls, boxes, pipes and miniature poles) often drew their subjects from long-held aboriginal themes and stories. In the early years of Reid’s career, when he was educating himself in classical Haida style and techniques, he had closely studied such objects in museum collections.

The work was also informed by the artist’s late-life experience collaborating in the carving and launching of a suite of full-size cedar canoes. The metaphor of a vessel, crowded with crest figures and myth-time creatures and travelling to an unseen destination, resonated deeply with Reid—and continues to resonate with those passing through YVR. (In a poem titled “The Spirit of Haida Gwaii,” written to accompany the sculpture, Reid explored the levels of meaning conveyed by the canoe and those aboard it.) The journeying theme, imposing scale and lively passengers of The Jade Canoe are beautifully suited to a busy international airport. And, in fact, the airport is beautifully suited to them.

Taken from A Sense of Place: Art at Vancouver International Airport by Robin Laurence – available now.