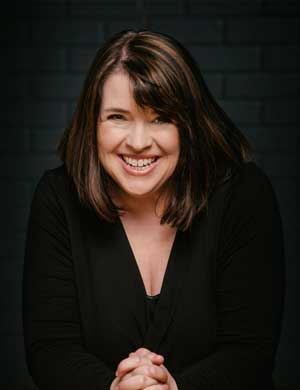 Robin Summerfield is the delightful author of Winnipeg Cooks: Signature Recipes from the City’s Top Chefs  a stunning cookbook that celebrates Winnipeg’s dynamic food scene, featuring more than 70 recipes from 34 of its finest chefs. Robin is an award-winning journalist. At home in Winnipeg, she often freestyles in the kitchen, throwing in most any ingredient and leaving out little.

I have a five-year-old son. As a rule, I like to wake up at least 30 minutes before him to have a cup of coffee alone. I need that bit of quiet before the chaos. If I need extra zen, I may do a bit of yoga. Coffee and silence is my daily morning ritual.

Do kid’s books count? I’m reading Dark Places by Gillian Flynn. It’s not high brow but it’s good story telling. I am also reading comedian Martin Short’s autobiography I Must Say. He has great showbiz stories and seems like a sincerely decent human being.

Finishing salts. I have all kinds of different salts including balsamic, lemon, pink himalayan, sea, grey among others. There’s a salt shop inside the market at Grand Central Station in New York City. Every time I’m there (which is not enough) I stock up.

Chocolate with caramel and sea salt but honestly, I try not to feel guilty about it. It’s one of life’s great pleasures. Why not be kind to ourselves? Why not treat ourselves? We deserve it.

My mom is a brilliant cook but she doesn’t believe it. She’s always trying new recipes. She loves cookbooks and she’s fearless in the kitchen.

Tripe. I’ve eaten, brains, ears, tongues and organ meats but I can’t make the leap to tripe. It’s a thing with me. I don’t know why and I’m not going to fight it.

The thing I love about Winnipeg…

We are a four-season town. Our winters have the worst reputation but it has become one of my favourite times of the year. In the last decade or so the city has really embraced the chill. We have this incredible pop-up restaurant on the river that attracts guest chefs from all over Canada. Artists and designers build ice and snow sculptures all over downtown. We skate, play hockey and even curl on the frozen rivers in the heart of the city. We don’t hibernate for winter, we celebrate it.