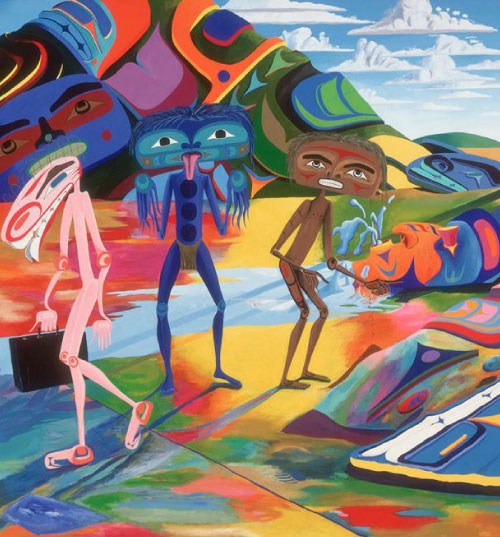 We are delighted to announce the signing of Lawrence Paul Yuxweluptun – Unceded Territories, a major and timely review spanning thirty years of his painterly and polemical practice. The book features commentary, a short-story and extensive dialogue from curators Karen Duffek and Tania Willard who will discuss the meaning of Yuxweluptun’s practice and place it in the context of the First Nations struggle for autonomy, justice, and environmental preservation. Featuring eighty of Yuxweluptun’s paintings from the last three decades it will serve as a lasting document of his artistic output and political activism. This retrospective, releasing in May 2016, is co-published with UBC Museum of Anthropology.