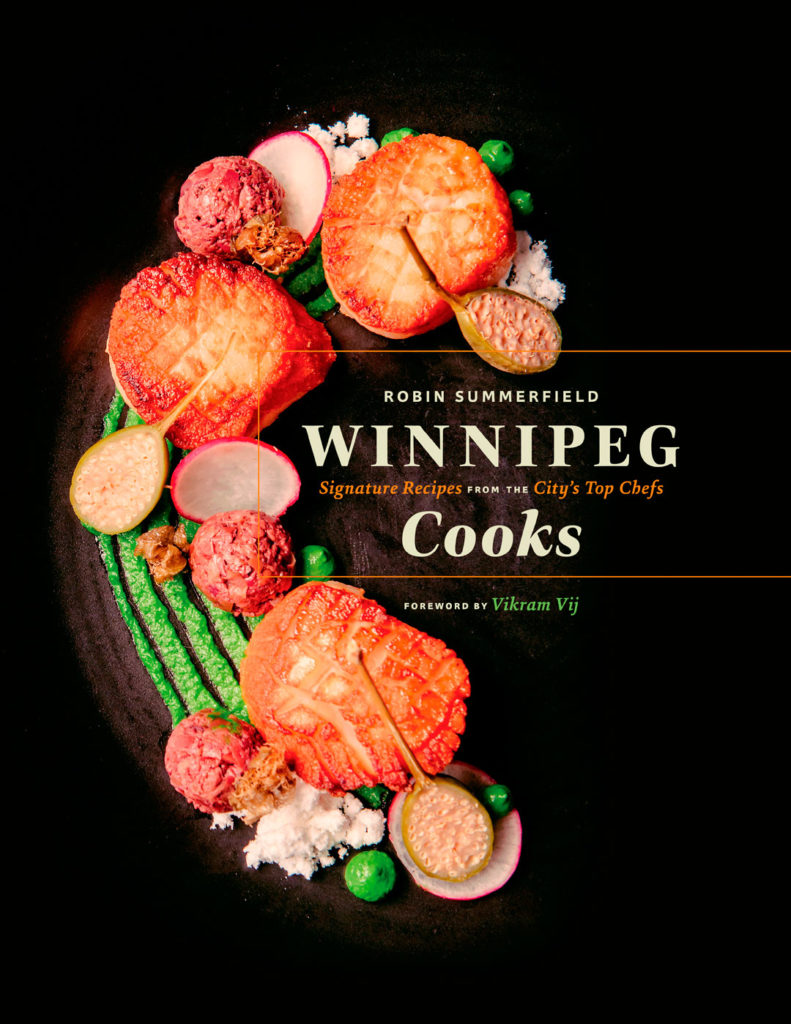 October 26th marked the book launch of Winnipeg Cooks: Signature Recipes from the City’s Top Chefs. Written by the wonderful Robin Summerfield, and with a foreword by Vikram Vij, this beautiful cookbook celebrates the city’s exciting food scene. McNally Robinson bookstore and Prairie Ink Restaurant hosted the event, and the amazing chefs who are featured in the book were invited to bring appetisers and sign copies along with Robin. Photographer Ian McCausland was also present, as were family, friends and the public who all came out to catch a glimpse of the city’s best chefs.

The following day, Robin and I met me for lunch, and then she gave me a tour of the city. Highlights include the stunning Canadian Museum for Human Rights and visiting Chocolatier Constance Popp who generously stuffed us with samples of chocolate treats including the famed “Manitobar”.

We are incredibly proud to have worked with Robin Summerfield, Ian McCausland and some of the most truly gifted, generous and amazing chefs and restaurateurs in Winnipeg. To quote Robin’s introduction “Their moment in the spotlight has been coming for years. It’s finally arrived.”

Winnipeg Cooks: Signature Recipes from the City’s Top Chefs is now on sale.